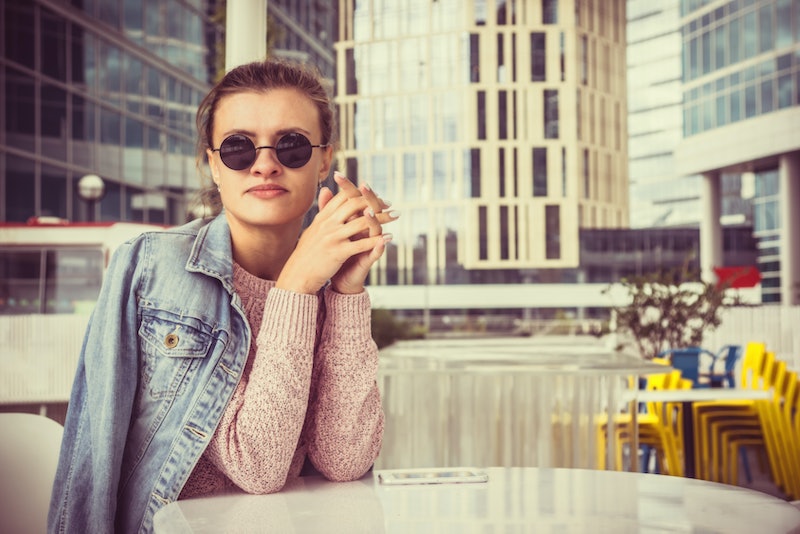 At some point in your life, you may live paycheck-to-paycheck, meaning you're just making ends meet and can barely save money (if at all). Even though it may not be preferable, living paycheck-to-paycheck tends to happen to many people sometime or another.

"The fact that 54 percent of Millennial women live paycheck-to-paycheck, according to a 2016 Wells Fargo Millennial Survey of over 1,000 U.S. adults between the ages of 22 and 35, sheds light on a perfect storm of issues and realities that young women face," Danielle YB Vason, Founder & Writer, shemakescents.com, tells Bustle. "... In addition to paying more due to the 'pink tax' on everyday items, more Millennial women are graduating college than men, which means that, along with the degree, they get the $30,000+ debt that comes along with it. Then, when the first job comes, women are paid 20 percent less than their male counterparts. It is not just a financial issue, but a feminist one, as well."

This may be the reason side hustles are so popular right now. "I believe that is why there's been a recent spike in female entrepreneurs who are looking to side hustles to help them tackle their financial hurdles," she says. "Even with the 'pink tax,' rising student loan debt, and gender pay inequality, it is our responsibility as women to make financial planning just as important as planning for a vacation, sticking to a budget, and staying focused on our larger money goals."

Vason and Wells Fargo's survey highlight interesting points about Millennial women's earnings. Here's what some young women had to say about living paycheck-to-paycheck.