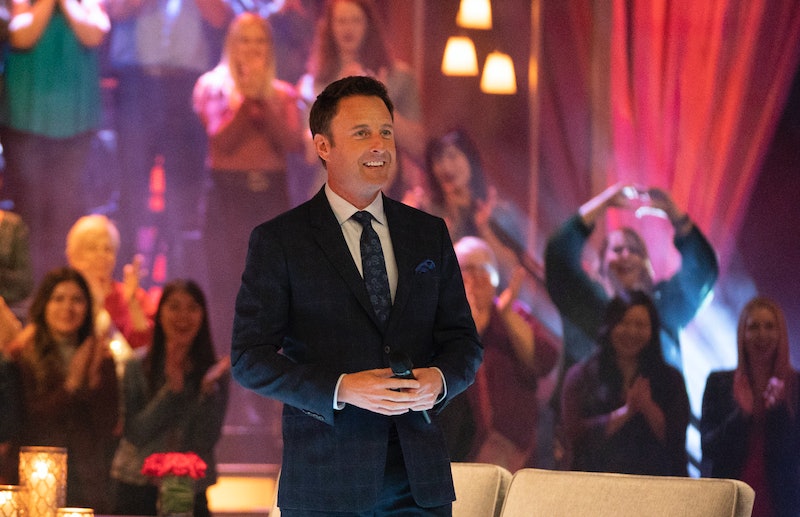 After Colton revealed he only wants to be with Cassie during their fantasy suite date, the Bachelor finale is already at least partially resolved. Either he'll end up alone or he'll somehow work things out with Cassie, but either way, it doesn't seem likely he'll get engaged. Such an early conclusion may have you hoping the 2019 Bachelorette will be announced during The Women Tell All special on March 5. But, as is tradition, you'll probably have to wait another week until After the Final Rose to learn the new Bachelorette's identity.

Bachelor creator Mike Fleiss might have wanted Khloé Kardashian for the role of Bachelorette, but the Keeping Up with the Kardashians star made her disinterest quite clear. Still, that shouldn't delay the announcement of the new leading woman — especially when there appear to be many viable candidates from Colton's season. (Some people, like former Bachelorette Rachel Lindsay, want to see a woman from a previous season take up the mantle, but that doesn't seem too likely considering how buzzy Colton's season has been.) And since the Bachelorette is typically announced during the After the Final Rose special following The Bachelor finale, you should expect the same timeline this year.

Last season, Becca Kufrin was predictably announced as the Bachelorette during the second night of the two-part Bachelor finale. To clarify, it was only predictable after the first part aired, since Arie Luyendyk Jr. proposed to Becca, then broke up with her to be with runner-up Lauren Burnham. Becca being the Bachelorette seemed inevitable, since she deserved another shot at love and was a likable contestant from the start.

The season before Becca's had a more unorthodox reveal, with Jimmy Kimmel announcing on his show that Rachel Lindsay was the next Bachelorette — while she still was a contestant on Nick Viall's Bachelor season. Chris Harrison explained days later on Live with Kelly that this decision was made so that they would have more time to cast the show for Rachel. But aside from that exception, every Bachelorette since 2012 has been announced on After the Final Rose.

Another unconventional reveal occurred in January 2012 when Harrison revealed that Emily Maynard would be the Bachelorette on Good Morning America. This announcement was made while Ben Flajnik's season was airing and came six months after Maynard's breakup with former Bachelor Brad Womack. Maynard was also an exception since typically (at least in recent years) the future Bachelorette comes from the most recent season of The Bachelor.

However, The Bachelor hasn't been sticking to the same formula. Both Nick and Arie became the Bachelor years after their respective appearances on The Bachelorette. And their reveals — just like Colton's — happened over the summer, after Bachelor in Paradise, rather than immediately following The Bachelorette.

But the Bachelorette announcement has followed a pretty predictable pattern for many seasons. So unless the reaction to Colton's unconventional season has dramatically altered what The Bachelorette Powers That Be want to do about the new lead (for instance, maybe now they'll want to cast Hannah G., who may never get her fantasy suite date?), you should only have to wait one more week to learn who the next Bachelorette will be.