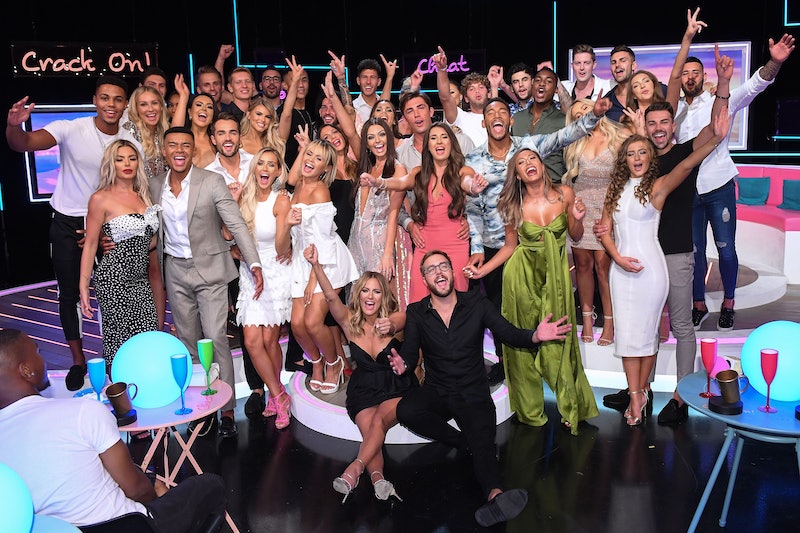 Ah, it was a simpler time. A pen salesman coupling up with Danny Dyer's daughter, the legend that was Megan Barton Hanson, the phrase "oh, hell." But that was then and this is now. Since the summer, there have been several heartbreaks, some reported WhatsApp excommunications, and a hell of a lot of scandals. Things are a lot different in sunny Spain by the pool, where the sole intention is to "couple up", but life outside is much different. So, who's coming back to make an appearance in the Love Island Christmas special?

This year's most shocking Love Island breakup is the most recent. Danni Dyer announced her split from Jack Fincham, after six months together — which included getting a house and a seriously adorable puppy — with a message Dyer posted to Instagram on on Thurs, Dec. 6, Bustle reports. However, filming of the Christmas special took place before the breakup, according to The i Paper, so things should be a little less awkward on their side. That can't be said for some of the other contestants though. A new trailer for the show, which will air on ITV2 on Mon, Dec. 17, has just been unveiled — and things are set to be real uncomfortable. 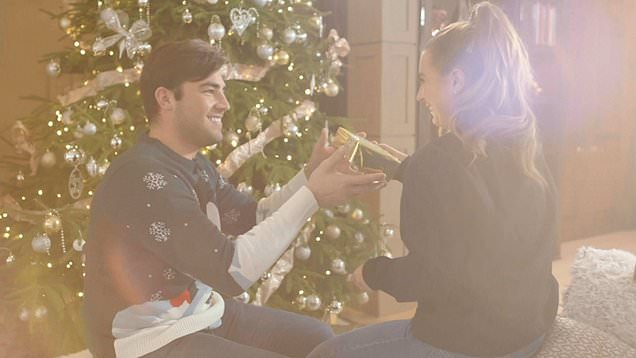 The trailer features the season four winners, Jack and Dani, dancing, smiling and opening presents together, so now they're broken up Christmas is officially cancelled. And from there it looks like heartbreak hotel is well and truly open, as a lonely looking Sam walks into a posh villa while 'loyal' Georgia messes around around with the gals. Remember that fairly brutal breakup they had not too long after they decided to leave the villa together? I bet Sam hasn't forgotten either. I can't wait to see how that one pans out.

Possibly the most loved up among all the couples is Wes Nelson and Megan Barton Hanson, who will be returning to make singletons far and wide feel very envious. Next to them are fellow finalists Kaz Crossley and Josh Denzel, but Kaz will be appearing on the special alone, according to ITV, since Josh's busy presenting schedule meant he was over in the US during filming.

According to ITV, estranged couple Laura Anderson and Paul Knops will be appearing. As Bustle reported back in September, the runner ups reportedly broke up due to "busy schedules." However, the stormiest reunion of all is likely to be between Ellie Brown and Charlie Brake, who had some well-documented bust ups during their time together, before breaking up for good on Sept. 26, as Bustle reported.

The other remaining couple set to make an appearance will be the surprise hit of the series — Zara McDermott and Adam Collard. They'll of course be joined by the contestants who weren't so lucky in love — Samira Might, Dr Alex George, Kendall Rae Knight, Hayley Hughes, and Eyal Booker, according to ITV. However, there's no sign of Niall Aslam, who walked out early on in the show, nor of Alexandra Cane, who was coupled up with Dr Alex towards the end of the series. Probably for the best. This is set to be one uncomfortable reunion.