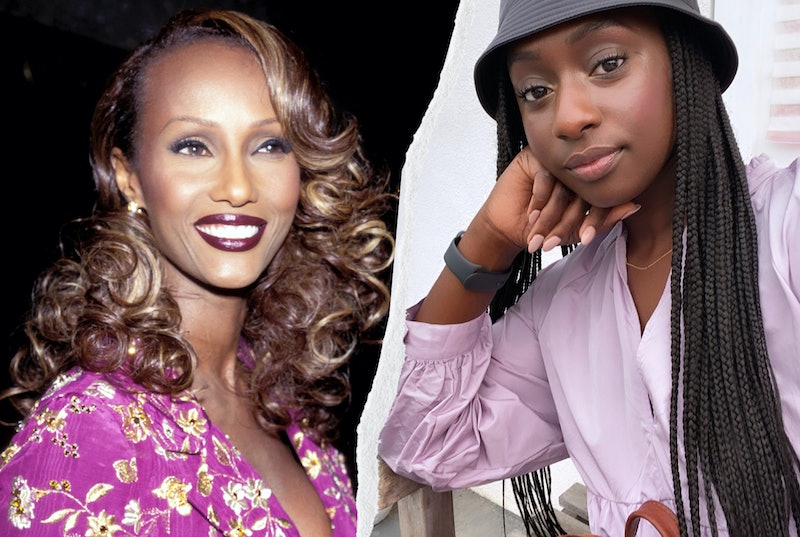 When I think about Black women and the way we’ve been able to carve out safe spaces for ourselves in a society that too often deems us not enough, my heart swells. In the beauty world, it’s Black women who have been the changemakers and innovators for centuries, mainly out of necessity. And with Women’s History Month underway, it’s a good time to pay homage to those who came before and the women paving the way now to make the beauty industry a more inclusive place.

Black women entrepreneurs today are creating — and taking up — space in the skin care, hair care, and makeup sectors, which is essential for not only representation but ingredients used in product formulations. A 2020 study found that 75% of skin care research has been done on white participants. Black women have dealt with hair prejudice for ages. Cosmetics have only begun offering more inclusive shade ranges in the past few years. There’s a lot more to be done in terms of diversity in beauty, but change is happening.

Here, a handful of some of the ladies that have sprinkled their Black Girl Magic on this ever-growing industry.

Born in Metropolis, Illinois, to formerly enslaved parents in 1869, Annie Malone used her love of chemistry to create hair products under her herbalist aunt’s watchful eye. Her interest was in formulating a product that would straighten coily hair while keeping the scalp healthy, unlike butter, oils, and lye — ingredients that were commonly used at the time. She ended up going door-to-door to get out the word about Poro, her trademarked brand name for the sulfur-based treatment she created. Shortly after, in 1918, she founded Poro College, the United States’ first beauty school dedicated to Black hair care, and earned $14 million by 1920.

Sarah Breedlove was the first member of her family to be born free. In the 1890s, the entrepreneur (better known as Madam C.J. Walker) was motivated by her experience with a hair loss-inducing scalp disorder to experiment with natural- and store-bought hair treatments. Soon after, she came up with the idea for a business: The innovator founded Madame C.J. Walker Laboratories, creating a direct-to-consumer hair care brand which later made her one of the first female self-made millionaires in America.

You can’t talk about FUBU beauty without highlighting the Selma-born Eunice Walker Johnson, the woman who began producing the coveted Ebony Fashion Fair in 1961. The traveling fashion show featured Black models and doubled as an opportunity to raise money for charity. Then, in 1973, Johnson founded Fashion Fair Cosmetics, which is still available today and includes facial powders and lipsticks created with the diverse skin tones of Black women in mind.

This Somali-born model is only known by one name: Iman. After modeling for two decades, Iman launched a cosmetics line for women of color in 1994. The products were sold in stores like Target and J.C. Penney and featured a range of complexion staples like foundations, B.B. creams, and powders for a range of skin colors and undertones.

Miko Branch is a curly hair care pioneer who launched the beloved brand Miss Jessie’s in 2004 with her late sister, Titi. The brand — named in honor of the sisters’ paternal grandmother — brought high-performance hair care to the market for curly, kinky, and wavy textures when there were limited options on the shelves for natural hair.

The self-taught artist Dame Pat McGrath, who began her career in the ’90s by creating makeup looks for runways, ad campaigns, and magazine editorials, is one of the world’s most respected makeup artists. With a career spanning three decades and more than 60 ready-to-wear and couture shows under her belt, McGrath founded her namesake cosmetics company in 2015, bringing luxe, high-impact lipsticks, eyeshadows, and foundations to the market for beauty enthusiasts of all skin tones.

With the founding of Black Girl Sunscreen in 2016, Shontay Lundy set out to dismantle the myth people of color don’t need sunscreen. And she did this while creating a formula free of oxybenzone and parabens (aka two controversial ingredients commonly found in personal care products) that protects the skin without leaving a chalky white cast on melanated consumers. After just five years in business, the brand is now available at Target.

It’s safe to say Rihanna shook the table when she launched Fenty Beauty with 40 foundation shades in 2017 — a trailblazing act at the time when it came to diversity. The world-famous recording artist, fashion icon, and beauty entrepreneur has since grown Fenty Beauty (and Fenty Skin!) into a beloved brand centered on inclusivity and creativity.

Harvard Business School graduates KJ Miller and Amanda Johnson launched their cosmetic brand Mented in 2017 to address the lack of nude lipsticks on the market for Black and brown women. The entrepreneurs have since gone from making lipsticks in their apartment to manufacturing an entire makeup line — featuring a multipurpose complexion stick, concealer, blushes, and more, all of which come in shades meant to complement deeper skin tones.

When sisters get together with passion, we get mindful brands like Melanin Haircare. Whitney White known to many as her IG handle, @Naptural85) and her sister Taffeta launched their first hair products — a twist style cream and treatment oil — in 2018 with safe synthetic ingredients. Since then, the brand has expanded into a four-piece line featuring a shampoo, leave-in conditioner, twist-elongating style cream, and oil.

Between 2015 and 2018, Desiree Verdejo owned and operated Harlem-based Vivrant Beauty — a boutique that showcased brands created by women, people of color, and the local community. After leaving brick and mortar behind, Verdejo launched Hyper Skin in 2020 to address the unique concerns people of color face when treating hyperpigmentation. Since the brand’s direct-to-consumer launch in 2020, the rave reviews have poured in, and you can now buy the line at Sephora.

After working with brands like L’Oréal, Teen Vogue, and Glossier, Diarrha N'Diaye-Mbaye took her industry knowledge to create her own clean beauty brand, Ami Colé, formulated with melanin-rich skin in mind. With mindfully curated products — including a skin-enhancing tint, concealer, and lip oil treatment — infused with nourishing ingredients like Baobab seed extract, the formulas are beloved by melanated beauties for offering subtle, glowy coverage.