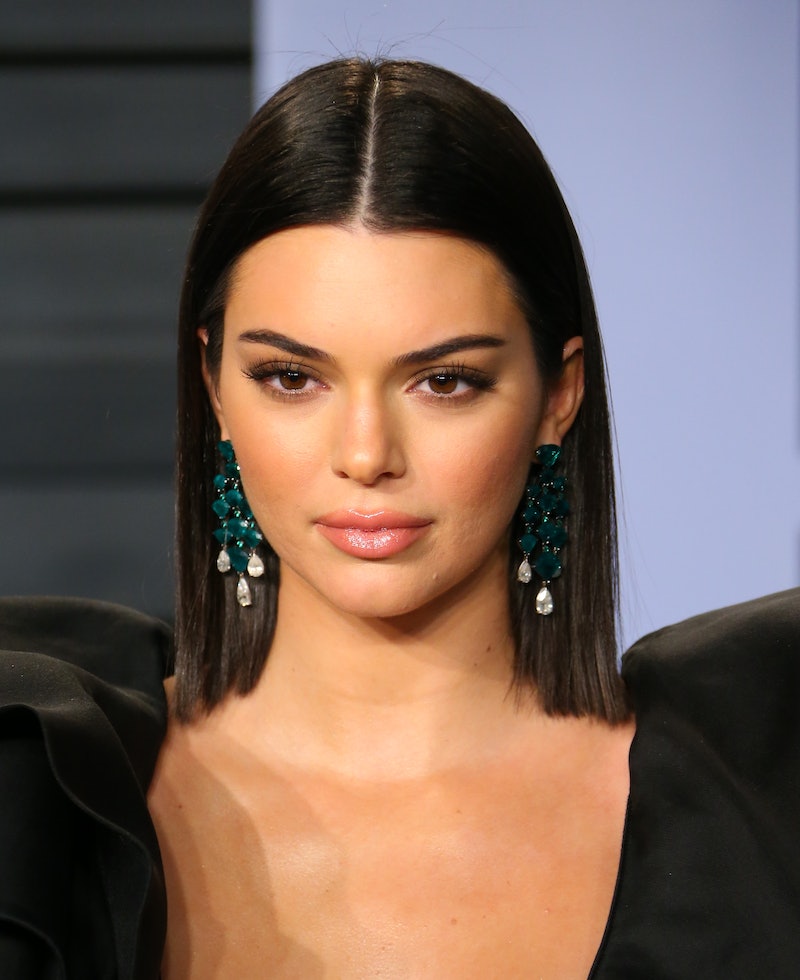 Kendall Jenner’s bangs are the latest inductee into the new celeb haircut club. The model, who joins of Billie Eilish, Zendaya, and what feels like countless others, took to Instagram to show off new curtain bangs. Swoopy fringe seemed to be the reigning hair trend of 2021 and now that one of the biggest supermodels in the world is sporting the style, the trendy cut will continue to be highly requested this year.

Jenner debuted the new bangs on her Instagram stories on Thursday, Feb. 3. Before giving viewers a peak at her new ‘do, she shared a pic of her at the gym with fellow model Hailey Bieber and other famous pals. Next, she gave her millions of followers not one, but two boomerang selfies showing off her new look. The first was during the day: Jenner wears a navy Nike zip-up sweater and black sunglasses. Her curtain bangs are blowing in the wind and grazing her forehead. The former E! reality star wrote “bangzzz” and “idk” in white text over the video.

The second is later on, at night. The model looks like she’s on her way out, wearing a fuller beat with peachy cheeks and a pouty, neutral lip. Jenner’s hair is more wavy in this video, and her curtain bangs blend into her longer tresses. Very ’70 chic.

Jenner broke the internet when she showed off her bangs back in 2019. At the time, she asked her fans to guess whether they were permanent or temporary. (ICYWW, they just were clip-ins.)

Though Jenner said goodbye to her family’s OG reality show last June, the model (along with the other KarJenners, of course) will soon return to screens with The Kardashians. Hulu has promised the show will give viewers a closer look into the family than ever before. Looks like Jenner is ushering in a new era with a new hairstyle.