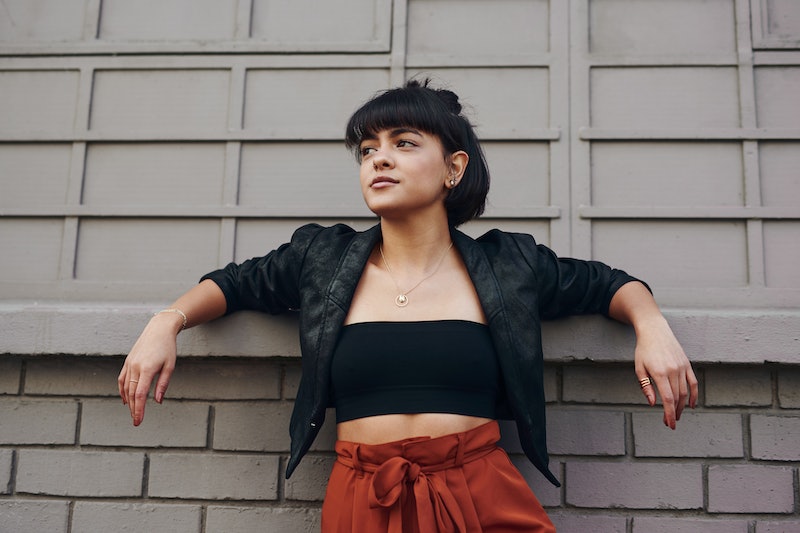 Have you ever wondered if your parents slut-shame you? I know that parents and sexuality are not two topics everyone wants to put together, but our parents have a significant impact on the rest of our lives, so the discussion is important. In fact, parents can be especially impactful during our formative teenage years, when we're learning how to function as adults and how to understand ourselves and our needs. In truth, even before children become teenagers, they can still be affected by slut-shaming. Experts suggest more and more that talking to your child about sex and sexuality at a young age is a positive thing, as it can empower them to be more informed about their bodies, as well as clearly designate you, their parent, as a safe person they can talk to. It can also help them become more sex positive, which may help them recognize slut-shaming when they or a friend experience it later in life.

Slut-shaming can affect both genders, but women experience it disproportionately, especially during their teenage and young adult years. For example, studies show that while having sex causes young men to gain friends and achieve a higher social status, sexuality activity (or the assumption of sexual activity) actually results in girls losing friends. And even more frighteningly, studies show that this mentality starts young — even as early as middle school.

Slut-shaming is a big topic of conversation right now, and there's good reason for that. The practice polices women's sexuality and sexual freedom, which only serves to hurt and disarm women. Unfortunately slut-shaming is deeply conditioned in our culture, and many people slut-shame one another on a daily basis without even realizing it. In this sense, slut-shaming can be especially dangerous. If it's so pervasive in our culture, and happens so frequently, how can we be aware of when it's happening to us? On the flip side, how can we be sure we're not shaming others? No one is perfect, but it's always important to think critically and examine our behavior, as well as the behavior and words of others.

Here are some of the key ways parents can slut-shame their children, and why it matters.

1. Placing Too Much Value On Virginity

In my opinion, this is a huge one. When parents place too much value on their child's virginity, it can result in crippling self-esteem issues and an unhealthy understanding of sex and sexuality. Furthermore, when people discuss the importance of sexual purity, it can have a very gendered tone. It's put in terms of young men needing to resist the temptation of women, and women needing to refrain from creating the problem by tempting men. This mentality often characterizes women as sexually promiscuous and men as righteous humans trying to abstain.

2. Policing What They Wear

There is a long history of policing what women wear. Unfortunately, this doesn't only affect adult women; it impacts teenagers and even young girls, too. Even in schools, girls are typically subject to stricter dress codes than boys, which sends a message that their bodies are distracting and inappropriate for an educational setting. Some studies show that dress codes in schools are actually some of the first slut-shaming experiences women face. For example, in spite of the hyper-sexualization of young women in the media, dress codes often tell young women to do the opposite and cover up entirely.

When parents police what their teenagers wear, it can send a message that teens should be afraid of their bodies, or that their bodies are shameful. For example, if parents critique what a young woman wears on a regular basis, or forbid her from wearing certain types of clothing, it can hinder her personal expression, as well as send a message that her own comfort and style is less important than how others (in this case, her parents) view it.

Sure, it's normal for parents to be involved in their children's lives. It's even normal for them to take an interest in who their children date, which can come down to at least matter of safety. However, it's important that when parents talk about the person their child is dating or used to date, they don't assign shame and morality to it. Questions like, "But what about your last boyfriend? How have you moved on so fast?" or "Didn't you just have a date with someone else?" can ring of judgment. The message sent by these kinds of comments is that dating multiple people, or dating people in rapid succession, detracts from someone's purity or morals. In truth, though, dating is normal and healthy, especially when people are in their teenage years and discovering adulthood.

Again, it's normal for parents to be concerned about whom their kids spend time with and talk to. That said, when parents violate their teenager's privacy, it can send a message that they don't trust their children. And it's not just in regards to actual sex. When parents try to micromanage their teen's space, such as by looking through text messages or tracking their browsing history, it sends a message that not only are they not trusted, but they also don't have a safe space to ask questions. This also means that they don't feel they can ask their parents anything about sexual health or sexuality in general.

Now, I know people love their movies and TV shows, but I think it's important to point out. From a young age, both boys and girls are exposed to media that reaffirms many traditional gender norms. How often does a kid's movie end with the damsel in distress being saved by a prince, for example? Is the woman who gets the royal husband also described as conventionally beautiful? Of course, entertainment is entertainment, and many people like to enjoy media on a surface level, and that's OK. But it's always worth being critical of the media you consume, even as you enjoy it.

Often in movies and television shows, there's an enormous focus on a "first love" or "first kiss," which may contribute to the idea that if people share these moments with someone and then don't stay with them forever, they're "damaged goods" or somehow "ruined" — a classic slut-shaming mentality. There is also an emphasis on a woman "waiting" for her savior (usually her future husband), which reiterates the concept that women must "wait" for men and bide their time, instead of developing other aspects of their lives, dating other people, etc. This concept also puts unfair pressure on young boys who think that it's their job or role to be the "savior" and may contribute to them feeling like they can't ask for help or can't express their emotions.

In all, slut-shaming happens a lot in our culture. In fact, it starts scarily young, and affects both men and women, in all facets of life. Women experience slut-shaming at school, at work, and even from our friends. Sometimes, it's easy for women to even slut-shame themselves. While it's normal and healthy for parents to be concerned about their teenager's lives, it's important that concern stems from their health and safety overall — and that the message sent is that there is nothing inherently shameful about them

More like this
Why You're Seeing Green Bandanas At Abortion Rights Protests
By Lexi Inks
5 Ways To Stand In Solidarity With Women In America From The UK
By Sophie McEvoy
How To Fight For Reproductive Rights, Based On How Much Time You Have
By Courtney Young
GIRLI & Q Fell In Love At A Skatepark & Never Looked Back
By Jessica Morgan
Get Even More From Bustle — Sign Up For The Newsletter