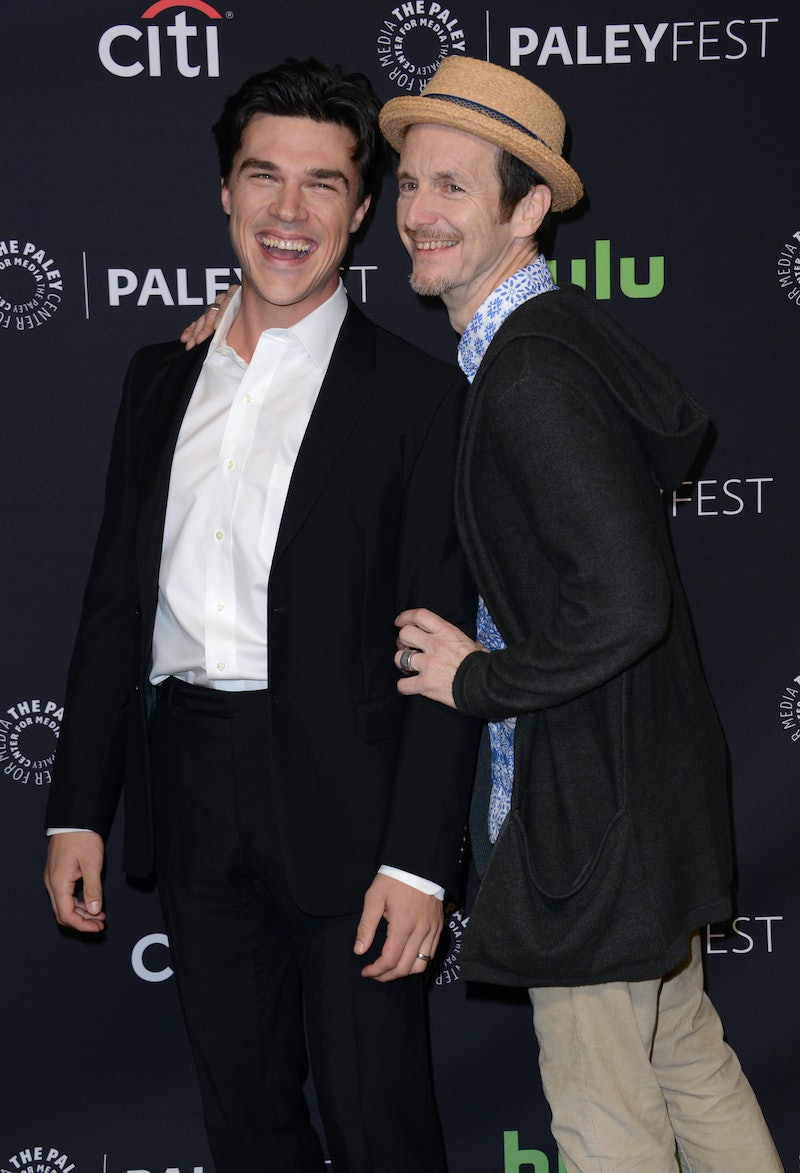 During PaleyFest in March 2016, American Horror Story creator Murphy said that the cast members who had joined him on stage — Angela Bassett, Kathy Bates, Wes Bentley, Matt Bomer, Cheyenne Jackson, Denis O'Hare, Sarah Paulson, and Finn Wittrock — were all invited to return for Season 6. "I will tell you that every darling person up here that wants to come back can come back," Murphy said.

While Murphy's statement didn't mean that all of the cast members would definitely make an appearance, all of those actors have (kind of, sort of) confirmed that they will be involved in the very mysterious Season 6. Along with those cast members who have already made their mark on the franchise, Season 6 will introduce some new actors to the chaos as well — even if fans will have no way of knowing in what capacity until the season is underway.

Based on official announcements, solid rumors, and Instagram posts, here is most of the American Horror Story Season 6 cast. And even if no one knows what it's about (including the cast), I'm more than ready to be haunted by all of these fabulous people.

The latest addition to the cast of American Horror Story is Jacob Artist, which he revealed in an Instagram post, according to TVLine. (The post has since been taken down.) Although he's new to the world of AHS, he's no stranger to working with Murphy since he portrayed Jake Puckerman, Puck's younger brother, on Glee. Artist is also a reoccuring character on ABC's Quantico as Brandon Fletcher, so his turn on AHS will help boost his growing TV résumé.

At this point in the American Horror Story franchise, a season without Bassett would surely be lacking, so it was fabulous news when Bassett was the first actor announced to be in the new season. Bassett herself acknowledged that she'd be in the season in an interview with Larry King on Larry King Now and since she has appeared in every season starting with Season 3's Coven, her appearance in Season 6 will continue her stellar AHS run.

Like Bassett, veteran actress Bates joined AHS for Coven and has been around ever since with Season 6 being no exception. Though almost every media outlet is confirming her involvement, I searched for an official announcement and found that the most solid piece of evidence came from actress Annabell Osorio, who posted on Instagram in August about filming AHS and thanked Bates in a now-deleted post, according to Movie News Guide. Bentley also confirmed her involvement (see below), so Bates is definitely back.

Bentley first appeared in AHS in a smallish role for Season 4's Freak Show before taking over as one of the main characters in Season 5's Hotel. While promoting his recent (kid-friendly) film Pete's Dragon, Bentley spoke to Bustle while sporting a huge beard and wouldn't give up details about AHS — with the exception that he has a big scene with Bates (as referred to previously). So that epic beard is about the biggest hint that fans have gotten so far about what he'll be doing in the new season.

Like Bentley, Bomer started his AHS career with a bit role in Freak Show before becoming a major cast member in Hotel. He has worked with Murphy in the past on Glee (as Blaine's brother), on the TV series The New Normal, and in the HBO film The Normal Heart. Bomer confirmed his very vague involvement in June with Movie News Guide reporting that he told UK's Magic Radio, "I know that I will be a part of it at some point."

Lady Gaga hit the AHS scene with last season's Hotel as the Countess, acting as a replacement for the anthology's previous resident diva, Jessica Lange. And she even won a Golden Globe for the part. While Gaga has had a busy year of performing — you know, at the Super Bowl, the Grammys, and the Oscars — and recording a new song that's featured in an AHS promo, she confirmed via a radio interview with Z100 New York in March that she would be in Season 6, very mysteriously saying, "I can't promise you how, or when, or anything like that."

Someone who is new to American Horror Story, but not new to working with Murphy, is Cuba Gooding Jr. He was last seen on TV in Murphy's American Crime Story, notably portraying O.J. Simpson in The People v. O.J. Simpson. He spoke to ABC News in August about how he has officially jumped on the Murphy train and confirmed his involvement in AHS Season 6. While Gooding being in AHS was something I had hoped for since March, I'm now even more excited knowing that he'll be sharing scenes with his The People v. O.J. Simpson costar Paulson.

Talented singer Jackson joined AHS in Season 5 as the owner of the Hotel Cortez, who married Gaga's character even though he was gay (she was a vampire after all). In June, Jackson confirmed in Out magazine and on Twitter that he was returning for another go. Another alum of Glee to join American Horror Story, let's hope if there's a musical element in Season 6 that Jackson gets to perform.

Although Leslie Jordan was in Season 3's Coven, he has been on an American Horror Story hiatus since then. That's all going to change with Season 6 since Jordan confirmed in June to Washington Blade that he was back. The veteran funnyman, actor, and playwright admitted he had turned down a role in Freak Show and that it had been the "biggest mistake of my life," so while his fans are happy to see him return to the series, Jordan is just as excited.

Be still my American Horror Story-loving heart since O'Hare is back for Season 6. He has only missed one season of the anthology (Season 2's Asylum) and it's fairly certain he'll be in Season 6 since O'Hare pretty much confirmed it in an interview with 97.3 WMEE at Walker Stalker Con. He also gave a tiny bit of insight into the sixth season in that interview, stating it would not be about Slender Man, like some fans had been speculating. No matter what Season 6 is about, I'm just delighted to see O'Hare again.

What would a season of American Horror Story be without Paulson? The talented actress, who has appeared in every season so far, confirmed at the Television Critics Association summer press tour in August that she will be in the upcoming season. She is pretty much a Murphy superstar nowadays with her role in The People v. O.J. Simpson and her upcoming turn in yet another Murphy anthology series, Feud , which will reunite her with Lange.

Another actor going for the six-peat is none other than Peters. I've always been a big fan of his work on the series, but he really took it to another level as James March in Hotel. TheWrap tried to get some information from Peters about Season 6 and while he stayed pretty unhelpful on the subject, he did reveal that his hair was dyed red for the new season. What could a ginger Peters possibly mean?!

The man who sexually confused all viewers with his turn as Dandy in Freak Show is most likely going to make an appearance in Season 6 — at least if the American Horror Story universe is generous to its fans. While Wittrock couldn't confirm in May to TheWrap if he would definitely be in the sixth season due to scheduling conflicts, he told Gold Derby in June that, "I think I am gonna come back for a spell."

What roles these actors will have should soon be revealed when Season 6 premieres at 10 p.m. on Wednesday, Sept. 14 on FX and as any true American Horror Story fan knows, Murphy usually rewards your patience with some thrilling, nightmare-inducing, and amazingly bonkers story lines.

More like this
It May Be A While Before 'All American' Season 5 Drops On Netflix
By Grace Wehniainen
17 Photos Of The 'Wednesday' Cast Vs. The 1991 'Addams Family' Cast
By Grace Wehniainen
The 'Kenan & Kel' Reunion On 'SNL' Took A Dramatic Turn, Thanks To Keke Palmer
By Brad Witter
These 'Criminal Minds' Throwback Photos Show The Cast’s 17-Year Evolution
By Grace Wehniainen
Get Even More From Bustle — Sign Up For The Newsletter