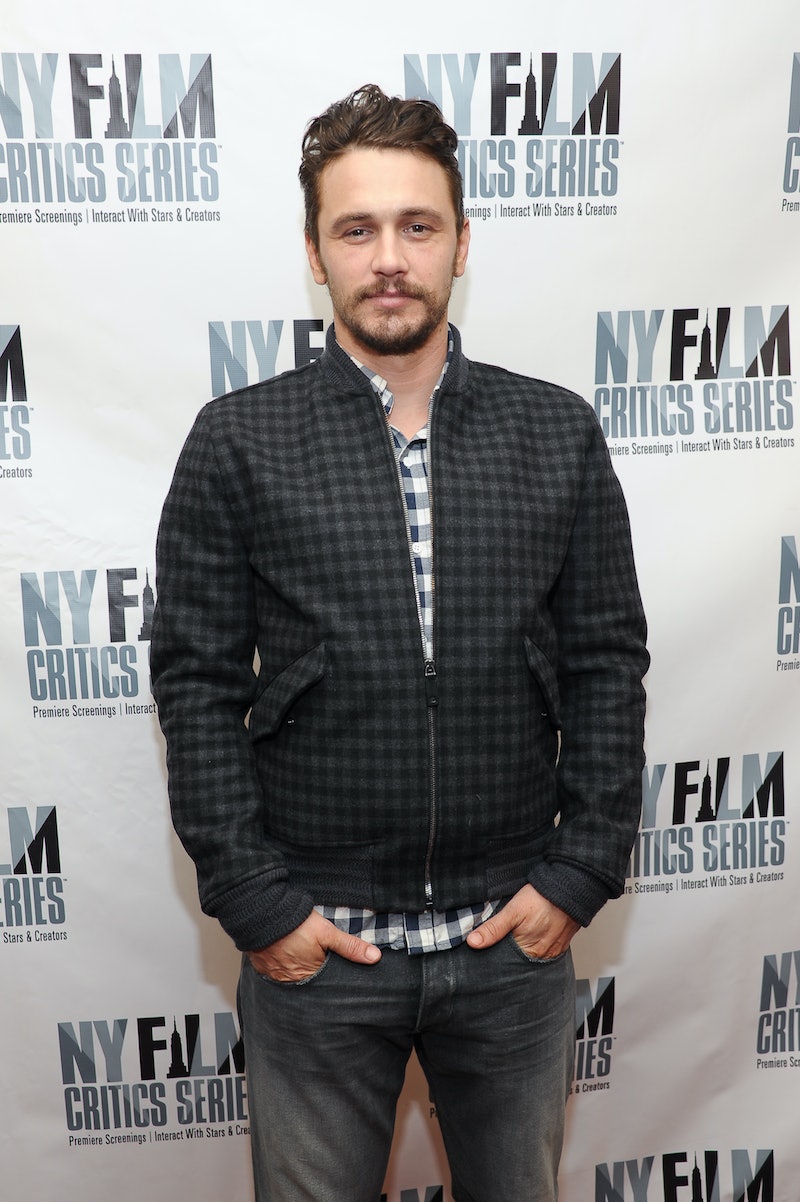 At this point, most people don't even bother to keep track of James Franco's comings and goings. The actor/writer/director/etc. typically has so many projects going on at once that it's impossible to get them all straight, and this year is turning out to be his craziest one yet. Between the movies he has in theaters, the show he's performing in on Broadway, and all the crap — I mean art — he posts on Instagram every few hours, 2014 has made James Franco busier than he's ever been, which, as we all know, is saying a lot.

And it's not over yet. The actor has a ton of projects in store over the next couple months, some of which actually sound more intriguing than others; as everyone knows all too well by now, for every good Franco production (Milk, Freaks and Geeks), there's one we never want to hear about again (Oscars 2011, anyone?). Still, the fact is, when James Franco decides to put something out in the world, the world responds, so it's no wonder his schedule is as insane as it is this year. Here's how the omnipresent actor is spending his 2014:

Announced that he, alongside Seth Rogen, would direct, co-produce, and star in an adaption of The Disaster Artist , a book about the making of cult classic The Room.

Also in February: wrote a New York Times editorial voicing his support for a then-crazy Shia LaBeouf, comparing the trajectory of their careers and talking about the need to "disassociate" oneself from work.

Released Directing Herbert White , a book of poetry. Reviews were poor, especially those directed at his cringeworthy ode to Heath Ledger.

Also in March: appeared as himself in Veronica Mars , one of several enjoyable celebrity cameos in the film.

Announced he would star as a gay activist in his next movie, a film produced by Milk's Gus Van Sant.

Also in April: painted nude portraits of Seth Rogen. As one does.

Made his Broadway debut in Of Mice and Men as George, receiving decent, if not great, reviews. The show closed on July 27, but not before recouping its investment and getting filmed for an upcoming movie.

Starred in Palo Alto , a Gia Coppola-directed film based off of his 2010 short story collection. The movie received fairly good reviews, particularly for the performances of its actors.

Also in May: the public learned that a documentary about him would be released, chronicling a year in the actor's life.

Starred in Paul Haggis' Third Person , alongside a multitude of other major actors. The movie got mediocre reviews and failed at the box office.

Thanks to archive footage, appeared for a brief moment in Dawn of the Planet of the Apes .

Also in July: released Herbert White , a disturbing short film about a serial killer that he made while a student at NYU.

Will release Child of God , a Southern gothic film he directed, co-wrote, and stars in. Its first trailer was revealed in June.

Will star with Seth Rogen in The Interview, otherwise known as the movie that almost incited a war between the U.S. and North Korea.

And, to top it off... somehow found the time to film roles in Labyrinth, Yosemite, True Story, Queen of the Desert, The Sound and the Fury, and a bunch of other films probably coming out next year, meaning that Franco's 2015 might be even busier than his 2014. If this year is James Franco-focused, next year might be an entire pop culture takeover. Prepare accordingly.