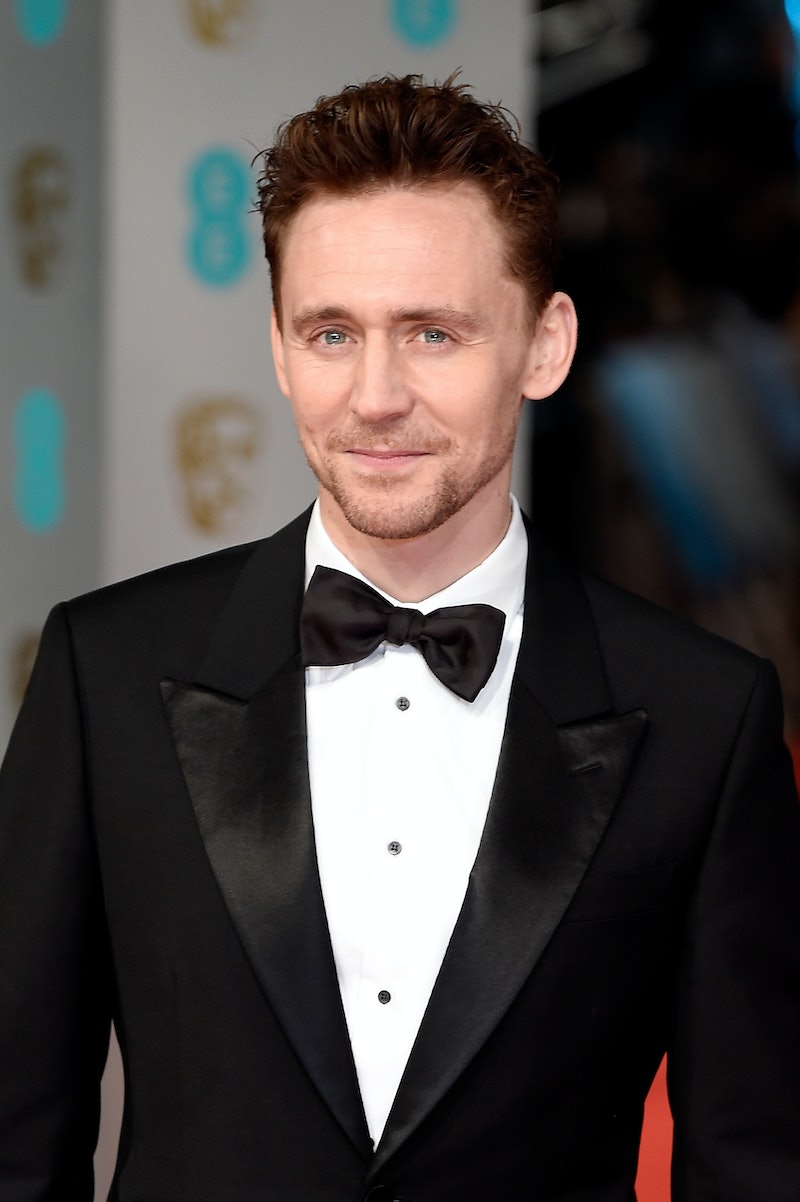 It's the best day of the year, everyone! Also known as my favorite British actor's birthday. Tom Hiddleston turns 34 on Feb. 9, and he's already gotten a jump start on celebrating. But as we look ahead to what the next year has in store for Hiddles, let's take a minute and remember all he accomplished at age 33.

Hiddleston didn't have a hugely public 2014. He didn't really go on any talk shows, promote many projects, or tweet a whole lot. He could rarely be found at award shows or celebrity parties. But behind the scenes, however, he was working feverishly as the lead in multiple movies. Plus, nice guy that he is, he found the time to support several charitable efforts. That's one of my favorite things about Tom Hiddleston; even as busy as he is, he always takes time to help others.

Tom Hiddleston certainly made his 33rd year count in more ways than one, and I have no doubt that he'll do the same with his 34th year. But before we get to that, let's take a walk down memory lane and see all that Tom Hiddleston accomplished in 2014 when he was 33.

In 2011, Hiddleston just wanted enough money to buy a new car. Now he's the face of one of the most luxurious car brands around. That's quite a jump!

Standing Up for Gender Equality

He was one of the first actors to lend his support to Emma Watson's #HeForShe campaign. Without dropping a beat he pledged to help spread the word.

Getting Cast in I Saw the Light

In one of his more challenging film roles, Hiddleston was cast to play country music legend Hank Williams. The part required a lot of effort on his behalf: taking voice lessons, practicing the guitar, and dealing with the haters who couldn't see him in the role. But he's likely to prove them all wrong when the movie comes out later this year.

Hiddleston was one of a select few British actors to be featured in Vanity Fair's talked-about Hollywood issue, which was dedicated to the British takeover of American cinema. He's come a long way, and it's nice to see him get the recognition he deserves.

A few days after his 33rd birthday, Hiddleston completed his 70-show run of Shakespeare's Coriolanus, which played to sold-out crowds nearly every night for months.

Hiddleston's work in Coriolanus didn't go unnoticed by the theater community. In December he nabbed the coveted Best Actor trophy at the Evening Standard Theater Awards.

"[I had] the most fun I've ever had on a film. More fun than should probably be allowed," Hiddleston said of this action flick. Judging from the first photo of him in character, it's going to be a treat for Hiddlestoners.

Hiddleston joined in on the Ice Bucket Challenge fun to raise funds and awareness for Lou Gehrig's Disease.

Winning Elle's Man of the Year

And there was no one else more deserving of the award.

Hiddleston was chosen to be the face of the new film, Kong: Skull Island, and I can't wait.

Joining the Fight to Save the Arctic

Hiddleston dedicated most of his 33rd year to supporting important causes.

Having the People Declare Him Sexy

He was passed over for People's sexiest man, but Hiddleston won MTV's fan-voted "Sexiest Avenger Alive" poll with 80 percent of the votes. I'm sure he'd rather have the approval of the vast amount of Hiddlestoners than a small group of magazine editors, anyway.

A high honor (especially for a man who only owns five outfits all in shades of blue/black/and gray).

No wonder I Saw the Light cast him. His "Bare Necessities" rendition is amazing.

Getting Chosen for a Miniseries

Hiddleston is heading to American TV alongside Hugh Laurie in a miniseries titled The Night Manager.

His vampire romance with Tilda Swinton premiered to high acclaim shortly after his 33rd birthday.

Hiddleston attempted (and failed at) this tongue twister. But it was all in the name of charity.

Waking Up for Syrian Children

Any Hiddleston selfie is a good selfie, but it's even better when the selfie is raising awareness like this one did for the suffering of Syrian children.

Inspiring Fans to Donate to UNICEF

Hiddleston is a big champion for the work UNICEF does for underprivileged children around the world. As a gift to Hiddles for his birthday, fans have been raising money for the charity since November and have secured nearly $10,000 for the cause. Hiddleston should be really proud that he's such an inspirational philanthropist.

It was a pleasure to watch Hiddleston accomplish so much this last year, and I can't wait to see what he does next.