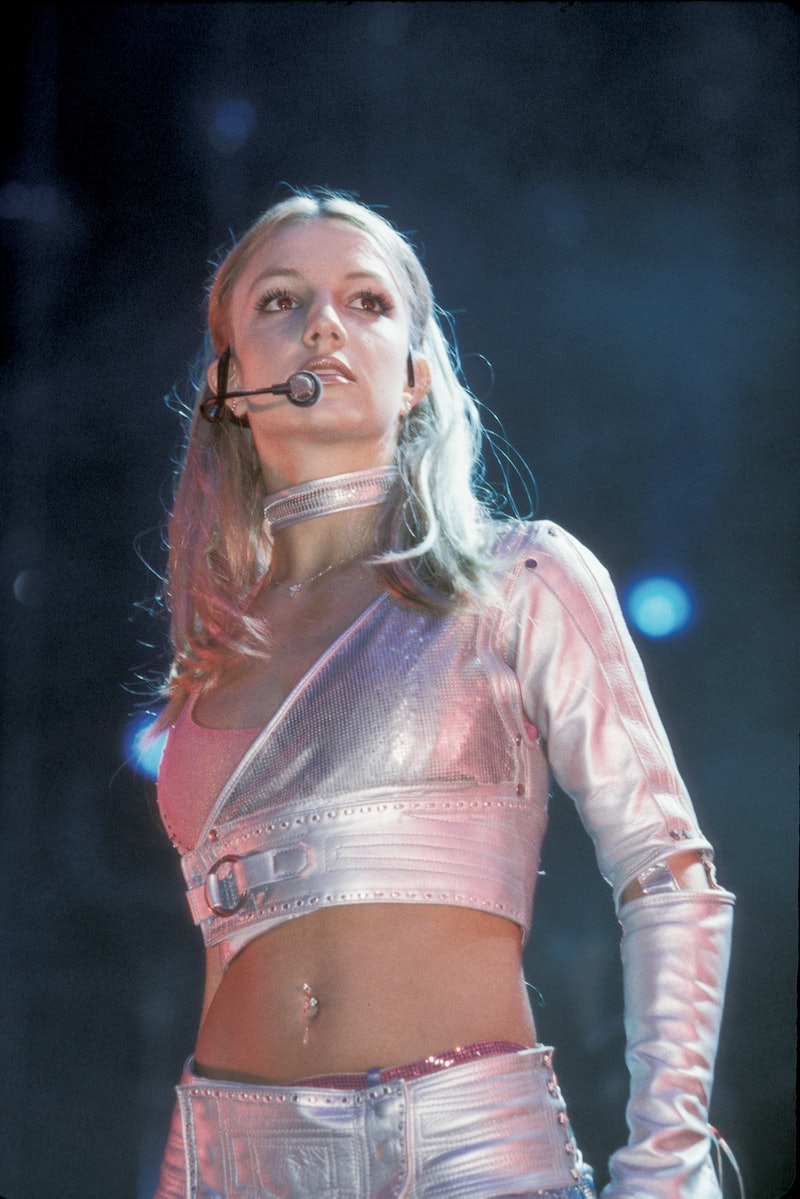 Throughout Britney Spears’ 13-year conservatorship, fans have decried several key players in Spears’ life, including her parents, sister, and ex-boyfriend Justin Timberlake. Repeatedly, fans have demanded Timberlake apologize to the “Toxic” singer. While Spears has been nothing but cordial to her ex on social media these past few years — even dancing to his songs — she recently wrote a scathing comment about him in a now-deleted Instagram post.

As reported by BuzzFeed and Page Six, Spears dragged several people in her life for using her for “FAME and ATTENTION.” One of those subjects was Timberlake, who she said used her to boost his Justified album sales after their split.

“Pssss gues what ???? I had a calling last night from Jesus and you know what he said??? ‘Dear child ... your mom had a serving with her book at the exact time when you needed her most ...all for WHAT ??? FAME and ATTENTION !!!!’” Spears wrote, referring to her mother’s memoir, before alluding to the singer.

She continued, “Your ex did the same thing ... he served with his first album using your name claiming you did him dirty !!!” She then called out her sister, saying, “Then your blood, one of the hardest times in your life guess what your sister does ... a book too ... all for what ????”

If you’ll recall, after the couple’s breakup in 2002, Timberlake released his “Cry Me A River” video in which a woman who looks just like Spears cheats on him. He even came out with a follow-up single in 2006, “What Goes Around Comes Around,” in which the unfaithful woman pays for her infidelities. Predictably, this led to many accusing Spears of cheating on him.

In his post-breakup interviews, Timberlake also shared intimate details about their relationship with the press, causing Spears to be vilified even more, especially at a time when the world seemed disproportionately interested in the then-20-year-old’s virginity.

Despite all this, Spears stayed friendly with her ex on Instagram. In April 2020, Spears posted a video dancing to "Filthy" and alluded to their breakup in the caption. She wrote, “PS I know we had one of the world’s biggest breakups 20 years ago… but hey the man is a genius!!! Great song JT!!!!!” The following January, she posted another video on the platform, this time dancing to Timberlake and Jay-Z’s “Holy Grail.”

A month later, on Feb. 12, 2021, Timberlake finally apologized to Spears. In an Instagram statement directed to her and Janet Jackson, whose breast Timberlake infamously exposed during the 2004 Super Bowl, Timberlake wrote, “I understand that I fell short in these moments and in many others and benefited from a system that condones misogyny and racism. I specifically want to apologize to Britney Spears and Janet Jackson both individually, because I care for and respect these women and I know I failed.”

Not long after Spears’ conservatorship was terminated on Nov. 12, 2021, she posted a favorable comment about Timberlake while calling out her sister’s comments on their breakup. On Jan. 19, 2022, Spears said Timberlake’s family “was all I knew for many years.” The post has since been deleted.

More like this
Britney Spears Shares & Deletes Photos Of Justin Timberlake From 22 Years Ago
By Jake Viswanath
Britney Spears Shared The Real Reason She Shut Down Her Instagram Account
By Brad Witter
Twitter Can’t Believe The Madonna Biopic Is Scrapped & Fans Have A Solution
By Alyssa Lapid
'Friends' Star Maggie Wheeler Offers Support To Matthew Perry After Reading His Memoir
By Alyssa Lapid
Get Even More From Bustle — Sign Up For The Newsletter
From hair trends to relationship advice, our daily newsletter has everything you need to sound like a person who’s on TikTok, even if you aren’t.