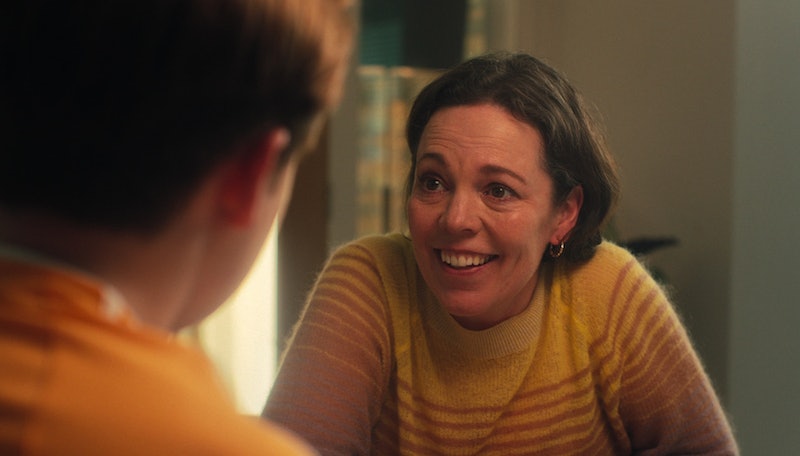 Heartstopper is Netflix’s latest streaming hit series about self-discovery and acceptance, and just when you thought it couldn’t get any cuter, the streamer shared a blooper reel of the cast singing, giggling, and having all sorts of fun after messing up their lines. “You asked, we heard you,” the official Netflix U.K. account tweeted on May 5. In the LGBTQ+ high school drama adapted from the webcomic by Alice Oseman, high school jock Nick (Kit Connor) and outcast Charlie (Joe Locke) meet, become fast friends, and fall in love. While Nick and Charlie’s love story is sweet, the series also tackles deeper issues like navigating one’s sexuality and coming out to a parent.

One of the most emotional moments in the eight-episode season that made viewers tear up happens in the finale when Nick comes out as bisexual to his mom, played by Oscar winner Olivia Colman, whose character lovingly accepts her son as he is. But the behind-the-scenes footage of the touching moment might elicit an entirely different reaction from fans of the show.

After Nick comes out, the scene requires Colman to wrap her TV son in an embrace and thank him for telling her. But right after she does, she turns to Connor teary-eyed and completely forgets her lines. She says, “I can’t remember my words.” As someone from the crew hands her the script, she tells Connor the reason why. “I’m so overwhelmed with your little face,” she admits.

The rest of the two-and-a-half-minute compilation features another cute scene between Colman and Connor where they’re driving in the car. When they hit a little bump on the road, Colman starts making funny faces. “Ran someone over,” Colman quips. Referring to her onscreen son’s nemesis, she adds, “Hopefully, it’s the bully.”

The rest of the cast also has bloopers of their own. In one clip, Locke has a particularly trying time getting his jersey over his head. In another, the schoolyard fight between Tao (William Gao) and the school bully Harry (Cormac Hyde-Corrin) in Episode 7 gets postponed when the water Tao dumps on Harry actually blinds the actor for a bit. The cast also bursts into laughter in the scene where the Higgs girls and Truham boys hang out and drink milkshakes. Kizzy Edgell gets carried away drinking hers and gets whipped cream on her nose.

READ NEXT: The ‘Heartstopper’ Filming Locations

When they’re not laughing, they’re singing. In between takes, Corrina Brown and Edgell, who play lesbian couple Tara and Darcy, sing to Drake’s “In My Feelings” and Alanis Morissette’s “Ironic.” So if you were wondering what the dynamic was like on set, this blooper reel is proof that the cast definitely knew how to have fun while filming and be silly with each other.