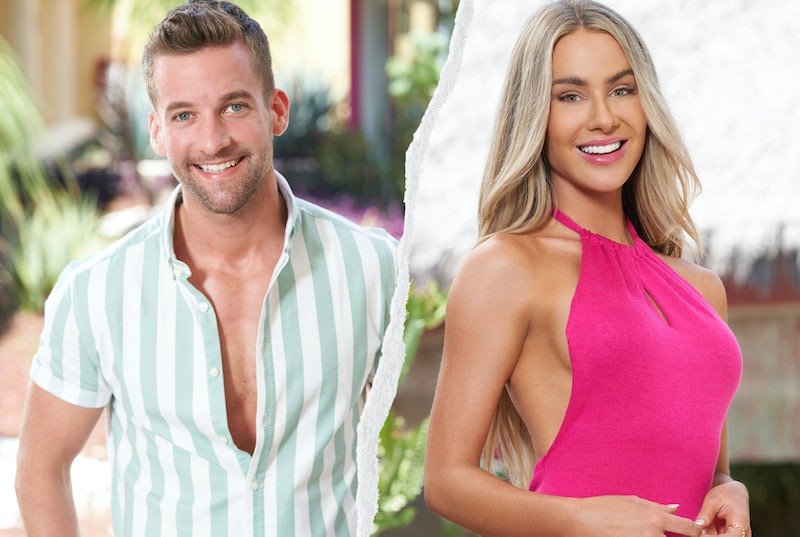 When it comes to budding relationships, it’s been a rough few months for Connor Brennan. Barely a month after that emotional goodbye between Connor and Katie Thurston aired on The Bachelorette, he was sent home from Bachelor in Paradise, too, failing to nab a rose despite an early connection with Maurissa Gunn. Surely there must be someone for the sweet math teacher-slash-musician who sometimes dresses up like a cat, right?

Things got especially tragic in Episode 5 when Connor let out his feelings on the ride away from Paradise. “I tried, you know. I did everything I could,” he said. “It just feels like no matter what I do, I’m just not good enough. I just want somebody to choose me, you know?”

Fortunately, all that heartbreak might not be in vain because it looks like Connor might have found a connection anyway, even if we didn’t see it go down on the show. As Us Weekly reported, TikTok user cparker101 filmed Connor dancing at a Nashville club with none other than fellow Season 7 alum, Victoria Paul. “Not me seeing Connor B. and Victoria P. in the club,” wrote the user in the caption to the Aug. 26 video. “And yes I got a random man to film me dancing in front of them.”

Who better than Connor himself to shed some light on the situation? That’s exactly what he did, actually. In the comments to cparker101’s video, connorfalcon1 commented, “They’re married now.” (Though not verified, it seems to be his legit account and is filled with humor and music videos.) While Connor appeared to acknowledge the video, his marriage “reveal” is most likely in jest. On Sept. 1, he shared a video of him playing a song he’d written for Jessenia on his last night in Paradise. On Instagram, he elaborated that she was “the person I was most excited to meet on the beach ... the one person who still made me SO nervous.” (To which she commented, “my favorite song ever.”) All in all, maybe not things you’d be sharing if you literally just got married to someone else.

But even if Connor isn’t married, his apparent night out with Victoria could point to a possible relationship that might actually work beyond Bachelor Nation. For starters, they both already live in Nashville. And they’re both available. Even though it seemed like Victoria had a boyfriend at home while filming Bachelor in Paradise (cue her self-inflicted ousting from the show), she clarified that situation via Instagram on Aug. 23. “@teddyrobb and I broke up in May and we've remained great friends,” she wrote in her Story.

So maybe Connor and Victoria’s potential romance didn’t happen on screen, but at least their respective early exits from Bachelor in Paradise paved the way for them to get together off the beach. It wouldn’t be the first time a couple found an unconventional love story through the franchise — just look at Chris Lambton and Peyton Wright, the happily married parents of two who met after stints on separate Bachelor Nation shows.