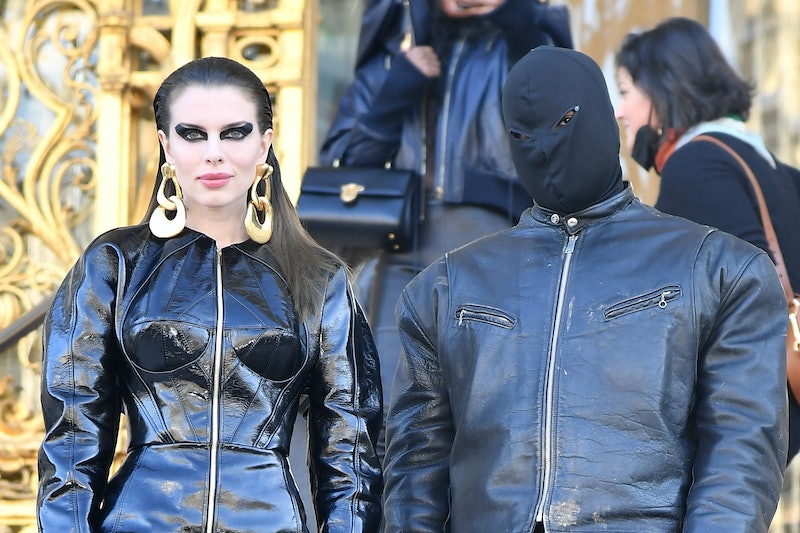 In the middle of Kim Kardashian, Pete Davidson, and Kanye West’s wild rollercoaster drama, there was Julia Fox. The Uncut Gems star dated West for just roughly six weeks in early 2022, just as he was divorcing Kardashian and going after her then-boyfriend Davidson on social media. Now, in light of the rapper’s anti-Jewish comments, she’s spilling the tea on their relationship. In a TikTok video posted on Nov. 21, Fox claimed that she dated West so he would give his ex-wife a break.

In the video, Fox responded to a follower who asked why she dated “a famously violent misogynist and antisemite” by stating that she planned to write about West in her forthcoming book — or as she calls it, her “masterpiece” — but decided to tell us for free now. “First of all, the man was being normal around me,” she said, before explaining that she gained an affinity for Kardashian and her sisters Kourtney and Khloé because they used to stock her clothing line in their Dash stores.

When West first pursued her, Fox claimed that the only thing he had done at that point was ask Kardashian to come back to him during a December concert. And when he wouldn’t stop texting Fox, she had an intriguing thought. “I was like, ‘Oh my God. Maybe I can get him off of Kim’s case. Maybe I could distract him ... and get him to like me,’” she said. “And I knew if anyone could do it, it would be me, because when I set my mind to something, I do it.”

Fox explained that West was not on social media at the time and barely spoke about his relationship with Kardashian while they were dating. Instead, they talked about “clothes, weird ideas, plans for the future, education, childhood” and other normal couples’ topics. “It was really beautiful, guys,” she said. “The moment he started tweeting, I was out.”

Shortly after breaking up with Fox, West’s relationship with his ex-wife spiraled, dissing Kardashian on a new song and going after her on social media after disagreeing over their children’s education. He apologized for his outbursts in a September interview with Good Morning America. “This is the mother of my children,” he said. “And I apologize for any stress that I have caused, even in my frustration ... I need this person to be [the] least stressed and of the best, sound mind and as calm as possible to be able to raise those children.”

However, it was a month after this interview that West’s anti-Jewish comments surfaced, causing him to lose the landmark deals with Adidas and Balenciaga that made him a billionaire. Kardashian spoke out against his remarks, and Fox ended her TikTok by firmly stating that she stands with the Jewish community: “With that being said, I stand with the Jewish community. Period.”