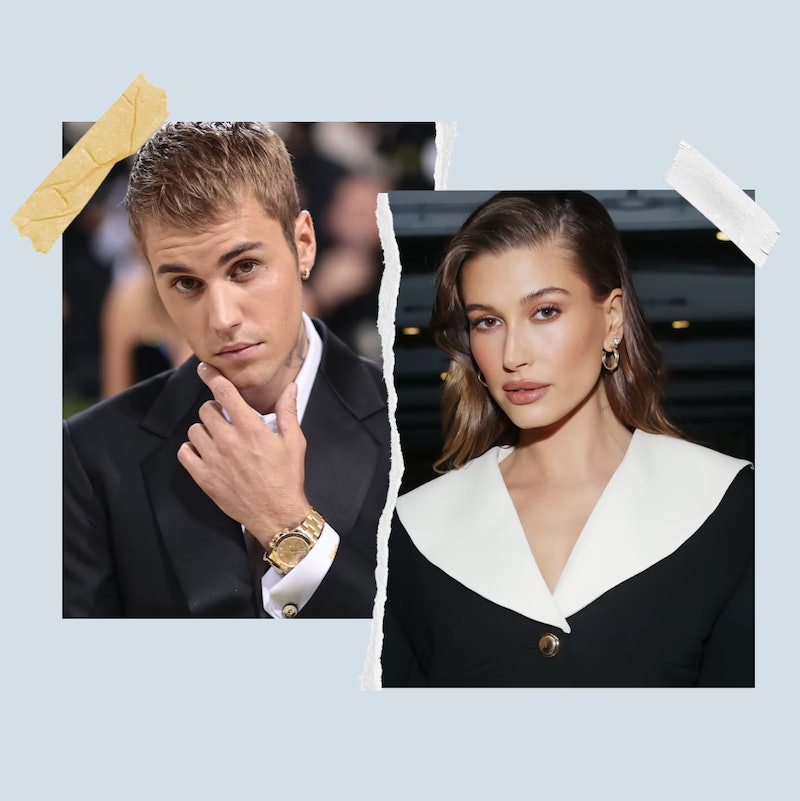 Music megastar Justin Bieber and model Hailey Baldwin Bieber celebrated three years as a married couple in September 2021, and as they keep on loving one another, they keep succeeding financially together. Although the two celebrities experienced a rocky start to their romance years ago, splitting up only to reconcile, they fell back in love and quickly married each other in 2018. Now, the lovebirds are inseparable, and it’s rare to see one without the other.

2021 has been massive for the Biebers. The “Peaches” singer ranked as the most-nominated artist at this year’s MTV Video Music Awards, and he’s tied with Doja Cat and H.E.R. for the second-most Grammy nods, with eight chances to add to his existing two wins. Meanwhile, Hailey has continued her ascension to fashion and style stardom.

All of their professional achievements are sandwiched in between public outpourings of devotion, stylish date nights, and even love songs, They’re one of the richest celebrity couples currently hounded by the paparazzi. Combined, the stars are worth more than $300 million.

READ NEXT: Hailey Met Justin When She Was A 12-Year-Old Belieber

Here is a look at how much the Biebers are worth and how they made their millions.

What Is Justin Bieber’s Net Worth?

Bieber’s net worth has been steady for a while now, but the 27-year-old’s earnings exploded during the first few years of his celebrity as a teen. The sensation’s current net worth is estimated to be $285 million, according to Celebrity Net Worth.

The pop singer launched his career in 2010, and it didn’t take long for his bank account to swell. In 2011, just one year after he broke into the mainstream and became the hottest new thing in music, Forbes placed him ninth on the publication’s list of the highest-paid musicians in the world, as he had raked in $53 million. The following year, he was on the cover of the magazine as a venture capitalist, and at the time, he had made more than $100 million in two years.

As with pretty much all working musicians these days, Bieber brings in the bulk of his revenue via touring and performing live to sold-out crowds numbering in the tens of thousands.

It’s estimated that Bieber pulls in around $1 million per night while on tour, so it’s easy to understand how these ventures are his primary income source. The Canadian star also plays private concerts and one-off events that bring in additional income.

Bieber has headlined three global tours, and they were all massive successes. His first outing, the My World Tour, brought in $53 million. His follow-up, the Believe Tour, collected $110 million between 2012 and 2013. His next outing, the Purpose Tour, was a blockbuster success, earning more than a quarter of a billion dollars in ticket sales during 2016 and 2017. He is headed back out on the road in 2022 for the Justice Tour, which will surely be a massive moneymaker.

Bieber, who catapulted into stardom thanks to being an early YouTube sensation, naturally makes some money from his songs. While it probably isn’t lining his pockets as some might imagine, the cash he makes from his actual art certainly isn’t chump change. He earned a reported $400,000 advance for his first album, and the numbers have only improved from there. The details about his deal with his record label aren’t publicly available, but as he is one of the most successful pop stars in the world, he can absolutely command an enormous payday per release.

Bieber has now released six studio albums as well as several compilations, remix projects, and EPs. He has hit No. 1 on the Billboard 200 albums chart and the Hot 100 songs ranking in the U.S. eight times apiece, and he’s broken into the top 10 on the latter list with dozens of titles.

How artists make money in today’s streaming-first economy is often confusing, but the simple truth is that those who are often paid the most for activity directly connected to hits (streaming, radio play, and the like) are songwriters, not necessarily those performing the songs themselves. Bieber is credited as a songwriter on nearly everything he’s ever released, even dating back to the beginning of his career. All that behind-the-scenes work has helped make him a very rich man, and he likely pulls in millions in royalties per year.

Throughout the decade-plus he’s been a global superstar, Bieber has teamed up with a number of brands for high-profile campaigns, and all of them have paid him well. Perhaps his most recognizable endorsement work is with Calvin Klein, who contracted Bieber to pose in his skivvies for the company, at times posing and making out with Hailey all in the name of advertising. Exactly what Bieber earned for this revealing work isn’t clear, but other celebrities have pulled in somewhere between $1 million and $4 million, so chances are he collected a big check like that.

In between albums and posing for Calvin Klein and Proactiv, Bieber has also lent his face to brands like Balenciaga, Best Buy, and Beats by Dre. For the ad he starred in for Best Buy, which also featured legendary rocker Ozzy Osbourne, Bieber may have made as much as $1 million, as it was a commercial made for the Super Bowl, and those are known to be costly. In 2022, fans can expect a collaboration with storied vehicle maker Vespa, though what exactly is coming isn’t clear just yet.

Bieber also pulls in big bucks with other products connected to his ever-expanding empire. Just a few years after making it big, he jumped into the fragrance world. It went spectacularly well from the get-go. His perfume Someday was a bestseller, racking up more than $3 million in sales in no time, and by the end of its first year, Someday had done an astounding $60 million in receipts. The singer has now released at least seven different products in the fragrance world.

He later partnered with Nicole by OPI, one of the top nail polish brands, to launch his own One Less Lonely Girl collection, which was named after one of his first hit singles. The line was snapped up in record time, and within hours it was no longer available.

A few years ago, Bieber took a major step as a businessman by launching a clothing line, Drew House, and it was also hugely popular from the moment it launched. The financials surrounding the company are very secretive, but it seems to sell out whenever new items are posted, so this latest venture is likely also helping keep Bieber’s wallet full.

What Is Hailey Baldwin’s Net Worth?

While the 25-year-old is still doing very well for herself. The model and actress reportedly has a net worth of about $20 million, according to Celebrity Net Worth.

The bulk of her money comes from the incredible success she’s found in the modeling world. Starting less than a decade ago, she began working to build her brand in that competitive industry, and she was quickly selected by a number of brands to represent them. While her rate for posing or walking in a runway show isn’t publicly available, she now is as one of the most in-demand figures in the field. Throughout her career, she has strutted her stuff on the catwalk for names like Tommy Hilfiger, Topshop, Elie Saab, French Connection, Sonia Rykiel, Prabal Gurung, Jeremy Scott, Tory Burch, Dolce & Gabbana, and countless others.

Bieber has also appeared in advertisements (print, online, social media and beyond) for companies like Levi, UGG, Tommy Hilfiger, Guess, and most recently, Jimmy Choo. In just the past few years, she has covered or appeared in global editions of publications like Marie Claire, Elle, Harper’s Bazaar, as well as several iterations of Vogue around the world.

After getting her start in modeling, it makes sense that Bieber would find opportunities to partner with fashion companies for capsule collections and other projects, with each making her a little richer She worked with The Daily Edited for a line of three handbags called #theHAILEYedited, which marked her first foray into designing. She also partnered with footwear brand Public Desire as a designer, and with Australian cosmetics line ModelCo for her own products. These firms were all looking to capitalize on her popularity, which costs them a pretty penny.

The social media titan (she has nearly 40 million Instagram followers and 1.45 million YouTube subscribers), began appearing on TV in various roles, all of which hint at her having grander ambitions than posing for magazines and walking the runway. She hosted the MTV Europe Music Awards in 2015, and not long after that, she joined the show Drop The Mic as a co-host alongside rapper Method Man. So far, the TBS program, which was spun off of a popular segment on The Late Late Show with James Corden, has aired three seasons.

What Bieber brings in for these on-camera gigs also isn’t public, but they are likely significant paydays, especially her cable TV hosting role, helping elevate the Biebers’ combined net worth.

More like this
Justin & Hailey Bieber’s Relationship Is “Unbreakable” After Their Two Health Scares
By Bustle Editors
Where Is Former Bachelor Host Chris Harrison Now & What Is His Net Worth?
By Hugh McIntyre
Everything To Know About Taylor Swift’s 10th Studio Album, 'Midnights'
By Grace Wehniainen and Jake Viswanath
Twitter Is Freaking Out Over Rihanna’s 2023 Super Bowl Halftime Show Announcement
By Stephanie Topacio Long
Get Even More From Bustle — Sign Up For The Newsletter

This article was originally published on Sep. 11, 2021