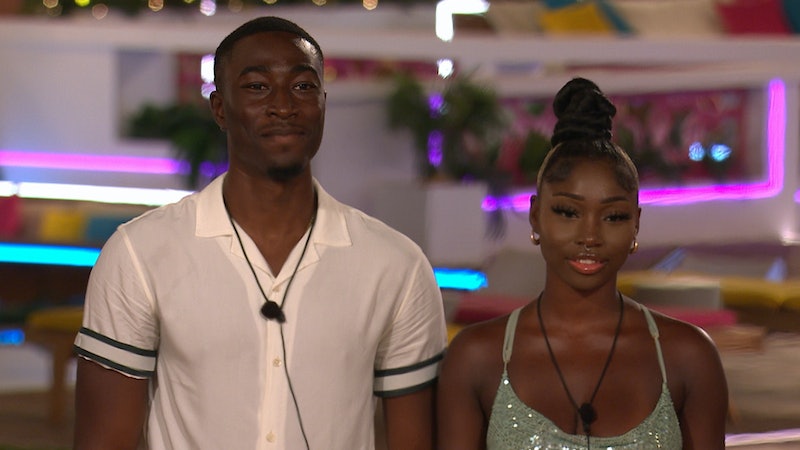 Dreaded by (some) contestants and highly anticipated by spectators, Love Island’s Casa Amor has provided some of the most iconic and savage moments in the show’s history. And 2022’s edition certainly didn’t disappoint. Already heralded as “a recoupling that will do down in history” by fans, ITV confirmed the episode drew in a record-breaking 3.9 million viewers. (That is the show’s biggest overnight audience since the 2019 grand finale, according to ITV.) But before we dive into that drama, it is worth remembering the long history of jaw-dropping moments Casa Amor has brought into our lives and feeds.

First introduced into the popular dating show in season 3 (who could forget that moment between Kem Cetinay and Amber Davis!) the “ultimate challenge” has made a comeback in every series since, bringing its unique brand of chaos and drama with it. Usually, a postcard is sent into the villas, giving the other camp a snapshot (literally) of what their other halves are “getting up to.” Previous criticised for causing great emotional distress to contestants in seasons gone by, the postcard didn’t feature in 2022’s series (not that Dami, Andrew, and Jacques needed any more help in that department...) Talking about the bombshell postcard, show executive Mike Spencer told fans on Reddit: “I agree we have to be incredibly considered when making editorial decisions. We are also making a dating entertainment series but humour is normally at the heart of most storylines. I think we are considered and it always becomes tricky with the passing of information but we aim to find balance in the show.”

The Stick or Twist re-coupling is always a fateful one and has given us such iconic moments as Amber’s “Dead Ting”, Georgia’s “Loyal babe”, and Shaughna’s “Congrats Hun”. While we wait for the dust to settle in 2022’s dramatic fallout (and “may the best heartbreaker win” merch to land) here are of the most savage and jaw-dropping Casa Amor moments in Love Island history for your viewing pleasure.

More like this
We’ve Got A Text! Another 'Love Island' Series Is On The Way
By Darshita Goyal
Twitter Can’t Get Enough Of The Romance In 'Ekin-Su & Davide: Homecomings'
By Sophie McEvoy
Twitter Is Saying The Same Thing About Jill Scott Winning 'I’m A Celeb'
By Sophie McEvoy
BBC’s Gladiators Reboot Is Staying Close To The Original ‘90s Phenomenon
By Sophie McEvoy
Get The Very Best Of Bustle/UK