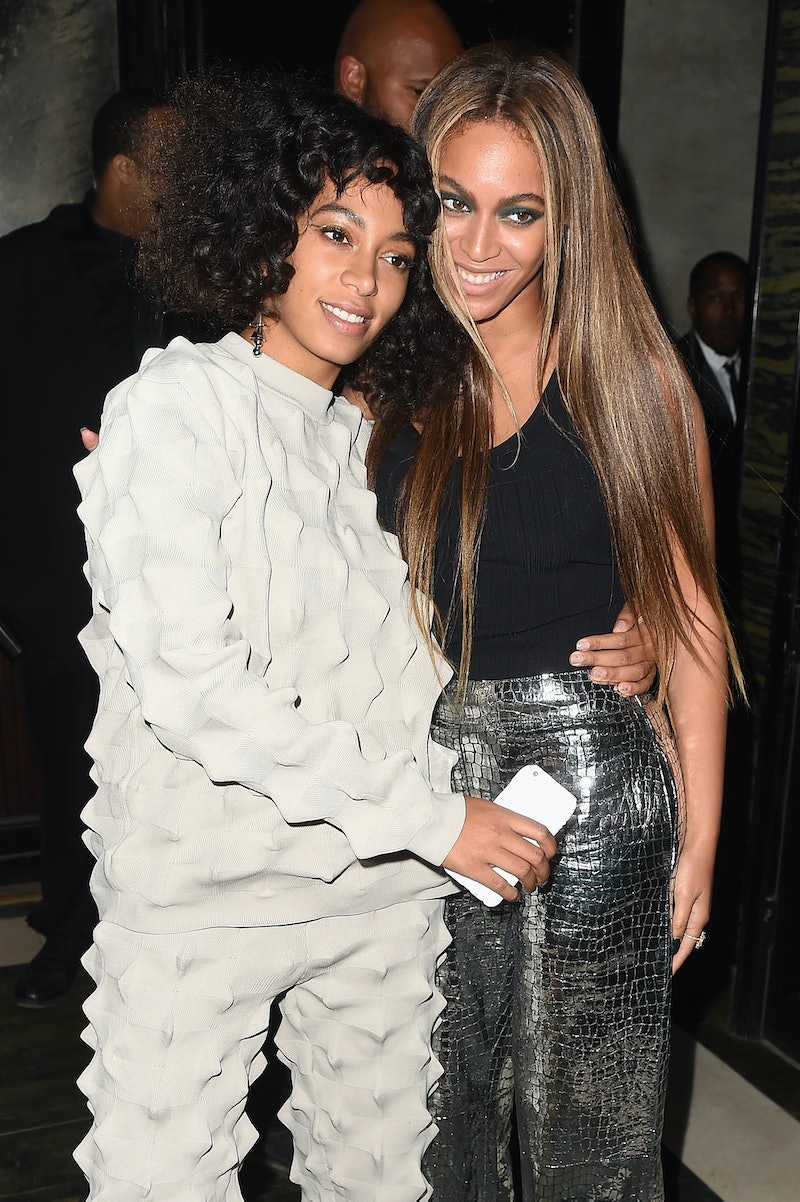 As Queen Bey put it herself, Renaissance is an album for dancing and letting loose — “I hope it inspires you to release the wiggle. Ha! And to feel as unique, strong, and sexy as you are,” she wrote on Instagram. And if you’ve had a chance to listen once (or twice, or three times) already, you know that Beyoncé’s new album very much lives up to that intention. But along with the super dance-able music, the Renaissance lyrics veer into emotional territory, too — ranging from empowering self-love moments to touching tributes to family members.

You’ll find both themes in “COZY,” the second track on Renaissance. “This a reminder,” begins the song — and what follows is, well, exactly that: a reminder of your power, your beauty, and your right to feel “cozy” in your skin, too.

While much of the song seems to come from a place of self-love (i.e., Beyoncé celebrating Beyoncé — as she should!), the musician also takes some time to honor her sister, Solange. “Might I suggest you don’t f*ck with my sis / ‘Cause she comfortable,” Beyoncé sings. As Newsweek points out, the lyric could be referencing a specific moment between Beyoncé, Solange, and Jay-Z — you know the one. After a TMZ video appeared to show Solange hitting Jay-Z at the 2014 Met Gala, the trio issued a joint statement where Solange and Jay-Z both took “their share of responsibility,” for the incident.

In the aftermath of the confrontation, cheating rumors swirled — and were further bolstered by 2016’s Lemonade before Jay-Z confirmed a past infidelity to The New York Times one year later. It happened during a period of “survival mode,” Jay-Z told the magazine. “And when you go into survival mode what happen? You shut down all emotions. So even with women, you gonna shut down emotionally, so you can't connect.” The result, he said? “And then all the things happen from there: infidelity...”

The “COZY” reference might not be quite as explicit a nod as, say, 2014’s “Flawless” remix — “Of course sometimes sh*t go down when there’s billion dollars on an elevator” — but several fans clocked it anyway.

Solange might not be the only member of Beyoncé’s family to get a shoutout in “COZY.” During the song’s second verse, Beyoncé sings about “Blue like the soul I crowned,” an apparent reference to her first child (and fellow Grammy winner!) Blue Ivy Carter.

More like this
Twitter Is Losing It Over Beyoncé's "ALIEN SUPERSTAR" & These Memes Prove It
By Radhika Menon
The ‘Renaissance’ Album Leak Showed Beyoncé Her Fans’ “Love And Protection”
By Stephanie Topacio Long
Diane Warren Apologizes To Beyoncé For Shading The Amount Of Songwriters On “ALIEN SUPERSTAR”
By Jake Viswanath
Beyoncé Is The First Woman To Have A No. 1 Album Since Adele Did Almost A Year Ago
By Radhika Menon
Get Even More From Bustle — Sign Up For The Newsletter