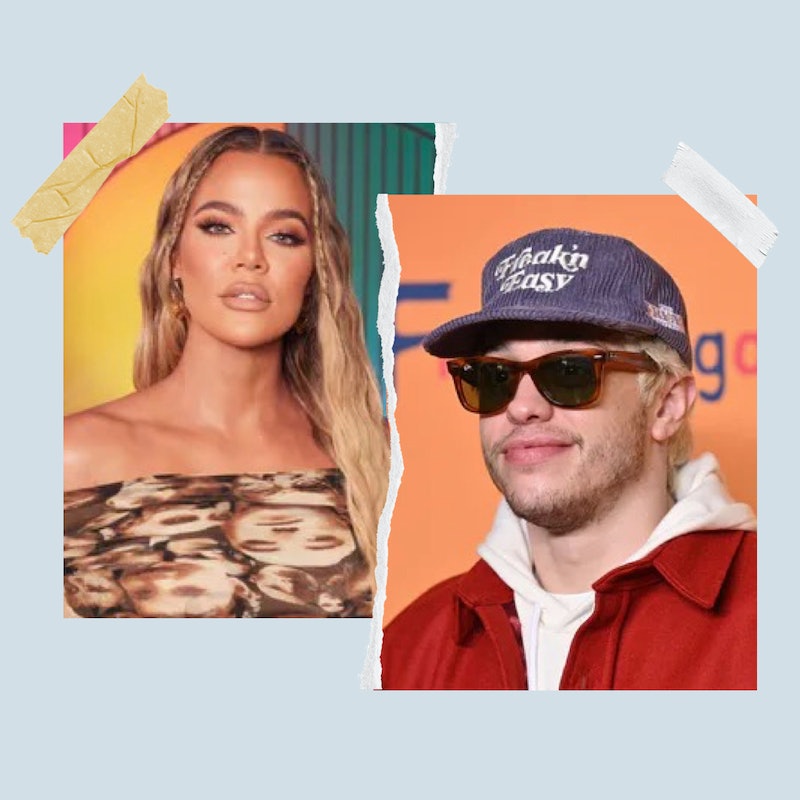 Pete Davidson had more than one valentine this year, and they were both Kardashian siblings. The Saturday Night Live star sent flowers to Khloé Kardashian, the sister of his new girlfriend Kim, for Valentine’s Day. Khloé shared a picture of Davidson’s floral arrangement of lilies, roses, and hydrangeas on her Instagram Story on Feb. 14. “The sweetest! Thank you Pete!” she wrote.

Khloé split up with her on-and-off boyfriend Tristan Thompson, the father of her 3-year-old daughter True, in January, after he admitted to fathering a child with Maralee Nichols around the same time that he and Khloé went public with their renewed romance. “Khloé, you don’t deserve this,” Thompson wrote on Instagram Story, confirming his paternity test. “You don’t deserve the heartache and humiliation I have caused you. You don’t deserve the way I have treated you over the years.” Despite the drama, she was not short of valentines this year.

Khloé also posted photos of bouquet she received from her mother Kris Jenner, which came with a candle from her brand Safely, and her 9-year-old niece Penelope Disick, the daughter of sister Kourtney. Khloé wrote that “[Penelope is] the sweetest girl in the world.” She also got flowers from sister Kylie Jenner and Travis Scott, who just welcomed their second child (a son named Wolf) on Feb. 2. “I love you Ky, Trav, and my little angels,” she wrote.

As for what Davidson got his girlfriend Kim K for Valentine’s Day, that remains a mystery. However, Kim’s soon-to-be ex-husband Kanye West made his gift known in a since-deleted Instagram post, sending a literal truckload of flowers to her house. “My vision is krystal klear,” Ye captioned the post. The rapper has made it know on several occasions that he is trying to win Kim’s affections back, even while dating his now ex-girlfriend Julia Fox.

In comparison, Kim’s celebrations with Davidson were much quieter. The couple were spotted going out to dinner at New York restaurants Lilia and Cipriani the weekend before V-Day, and they were even seen showing some PDA. Before the holiday, Davidson told People that this year was his first time celebrating Valentine’s Day with someone he loves. “I don’t think I’ve ever had a Valentine’s Day thing, really,” he said. “So this would be the first year that I’m thinking about Valentine’s Day plans, I guess.” Considering the very public divorce drama in Kim’s life, his low-key plans may have been low-key perfect for her and them as a couple.

More like this
Everything You Need To Know About Kanye's Post-Kardashian Dating Life
By Bustle Editors
Kim Kardashian Gives “Bucket List Dream” Lecture At Harvard
By Alyssa Lapid
Did Pete Davidson Remove His Kim Kardashian Tattoos? Photos Point To Yes
By Alyssa Lapid
Khloé Kardashian Writes Touching Instagram Tribute To Tristan Thompson’s Mother
By Alyssa Lapid
Get Even More From Bustle — Sign Up For The Newsletter
From hair trends to relationship advice, our daily newsletter has everything you need to sound like a person who’s on TikTok, even if you aren’t.