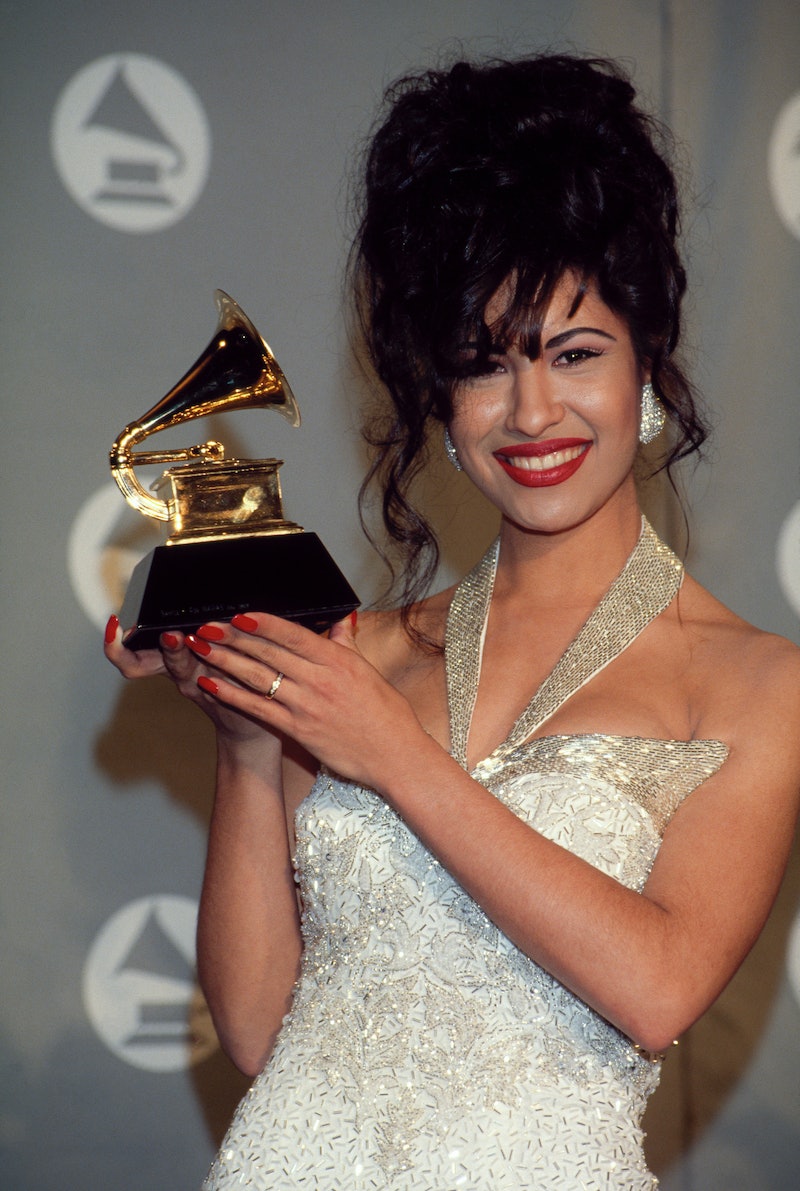 Fanfare surrounding the legendary Selena Quintanilla has increased as of late, thanks to the release of Netflix’s Selena: The Series, which chronicles the life and tragic passing of the Texas-born singer. Known as the “Queen of Tejano music,” Quintanilla captivated audiences with catchy songs like “Bidi Bidi Bom Bom,” which was just one of seven tracks by the musician to hit No. 1 on Billboard’s Hot Latin Tracks chart. Over 25 years since Quintanilla was murdered by her friend and the president of her fan club Yolanda Saldívar, her legacy is anything but forgotten. Many musicians have cited the Tejano icon as a major influence, and her life is celebrated annually at the Fiesta de la Flor festival in her hometown of Corpus Christi, Texas.

If you’ve already marathon-watched Selena: The Series and are craving more information about Quintanilla’s life story, check out these films, TV shows, and documentaries.

More like this
Here’s Everything Coming To & Leaving Netflix In February
By Jake Viswanath
Ashton Kutcher Wants Danny Masterson “To Be Found Innocent” In Rape Retrial
By Jake Viswanath
At 28, Debra Jo Rupp Was Living A Much Different '70s Show
By Grace Wehniainen
All The ’70s Easter Eggs You Missed In 'That ’90s Show'
By Grace Wehniainen
Get Even More From Bustle — Sign Up For The Newsletter
From hair trends to relationship advice, our daily newsletter has everything you need to sound like a person who’s on TikTok, even if you aren’t.