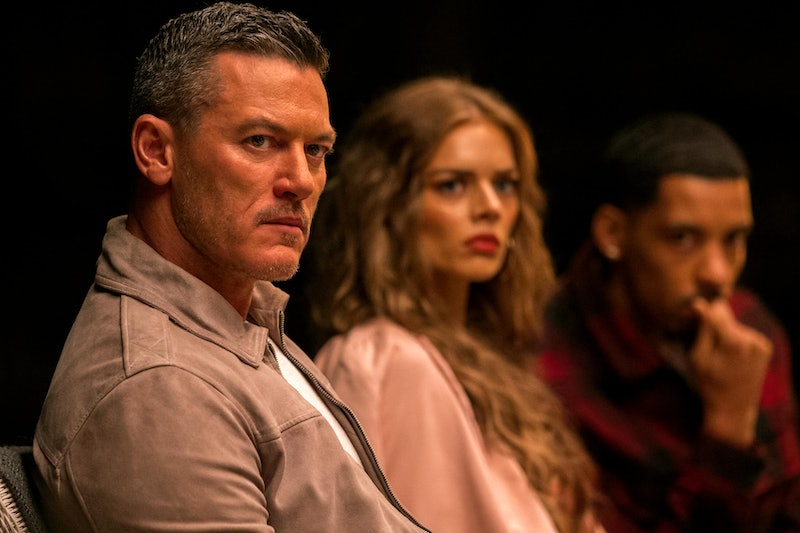 David E. Kelley’s new show may be called Nine Perfect Strangers, but it’s very likely you recognize one — if not most — of the actors. The Hulu drama boasts a cast of incredibly familiar faces, from Melissa McCarthy and Michael Shannon to Nicole Kidman (who starred in Kelley’s other shows, Big Little Lies and The Undoing, and serves as an executive producer on Nine Perfect Strangers).

The show takes place at a new age wellness retreat called Tranquillum House. Led by Kidman’s enigmatic Russian guru Masha, the retreat promises to reinvigorate and remold the guests in the span of 10 days. As we learn throughout the season, Masha uses some incredibly unconventional — and borderline illegal — methods to achieve this, leading the guests through increasingly difficult and surreal experiences to force them to confront their respective traumas.

Though the series has been criticized for being too similar to HBO’s White Lotus, which also revolves around rich people soul-searching at a luxury resort, part of the fun of watching Nine Perfect Strangers is seeing its stars collide with each other in unpredictable ways. Here’s where you’ve seen them all before, in case you can’t quite place them.

The resort’s wellness guru is played by Kidman. Beyond playing Celeste in Big Little Lies and Grace in The Undoing, she also recently starred as Aquaman’s mom in Aquaman, and was of course Satine in the 2001 musical Moulin Rouge!

Frazzled author Frances is played by McCarthy, who many fans likely became familiar with from her role as Sookie St. James on Gilmore Girls. She went on to star in a number of her own comedy movies, including The Heat with Sandra Bullock, Bridesmaids, Spy, Life of the Party, and most recently, Netflix’s Thunder Force. She’s set to become Ursula in the live-action The Little Mermaid remake.

Additionally, if you recognize Paul, the man who conned Frances, there’s a reason for that. Paul is played by McCarthy’s husband Ben Falcone, and he tends to appear in her projects in humorous cameos.

Michael Shannon plays Napoleon Marconi, the docile husband of Heather and father to Zoe. Shannon has played a number of supporting roles in serious dramas, including the villainous Richard Strickland in The Shape of the Water and John Givings in Revolutionary Road. He was also Walt Thrombey in Knives Out, and is in David Leitch’s upcoming assassins movie Bullet Train.

Cynical journalist Lars is played by Luke Evans. Fans of musicals probably recognize him as Gaston from the Beauty and the Beast live action remake with Emma Watson, but he also plays Owen Shaw in the Fast and the Furious franchise and was the arrow-slinging Bard in The Hobbit movies. He’s been in a number of horror projects, including Vlad in Dracula Untold, Detective Fields in The Raven, and John Moore in The Alienist.

Portrayed by Bobby Cannavale, Tony is a pro-football player who began misusing drugs after an injury. He clashes with Frances, and interestingly, Cannavale has starred opposite McCarthy in both Thunder Force and Spy, both of which he played the villain in. He also played step-dad Paxton in the Ant-Man Marvel films, Vince D’Angelo on Will & Grace, and AJ Giles Jr. on Angie Tribeca.

Carmel is a soft-spoken guest looking for validation, but she also has an anger streak that Lars experiences firsthand. The character is played by Regina Hall, who’s most recognizable for her comedy work. She’s played Brenda in all of the Scary Movie franchise films, and more recently was Ninny in Insecure. She also appeared on Black-ish as Vivian and played Dawn Turner in Black Monday, the Showtime series about a group of second-tier Wall Street traders.

Jessica, played by Samara Weaving, is an influencer hoping to repair her fractured relationship with her husband Ben. Weaving is probably most recognizable for her lead role as Grace in Ready or Not, where she outsmarted a rich family trying to murder her during hide-and-seek. She also played Scarlett in Snake Eyes, and Claire Wood in Ryan Murphy’s Netflix series Hollywood.

Ben’s big secret is that his and Jessica’s wealth comes from the lottery that he won. He’s played by Melvin Gregg, who starred as DeMarcus Tillman on American Vandal and Zach Taylor in UnREAL. He was also Marcus Parrish in Ben Affleck’s basketball film The Way Back.

Heather Marconi is reeling from her son’s death, and angry at husband Napoleon for always being so cheerful. She’s played by Australian actor Asher Keddie, who recently portrayed Clare Kowitz in Stateless, the Netflix series that told the true story of a woman who escaped a cult. She was also Nina Proudman in Offspring, Alexandra in BBC One’s The Cry, and Dr. Carol Frost in X-Men Origins: Wolverine.

Grace Van Patten plays Zoe, the youngest guest at Tranquillum who is grieving the death of her twin Zach. Compared to the rest of the cast, Patten is a relative newcomer. She played Olivia Meadows in Maniac and Eliza in Noah Baumbach’s 2017 film The Meyerowitz Stories. She’s also credited as “Balloon Girl” in the creepy Under the Silver Lake movie. Her first acting role was actually in The Sopranos in 2006; she cameoed as Ally Pontecorvo.

Staff worker Delilah, who has no problem questioning Masha’s methods, is played by Tiffany Boone. Boone recently starred in Hulu’s other popular drama, Little Fires Everywhere, as the young Mia. She also portrayed Roxy Jones in Amazon’s Nazi-hunting show Hunters and Jerrika Little on The Chi. Earlier in her career, she played Mandy Lang on the serial killer show The Following and Savannah Snow on Beautiful Creatures.

Another staffer at Tranquillum, Yao is much calmer than his partner Delilah. He’s played by Manny Jacinto, who fans will likely remember from a very different kind of show: Jacinto is best known as the lovable dimwit Jason Mendoza from The Good Place. More recently, Jacinto voiced Maliksi in Netflix’s Filipino animated show Trese, and stars as Lisa Nova’s laidback, drug-dealing friend Code in Brand New Cherry Flavor. He’s also set to appear in Top Gun: Maverick, as well as a romance film in post-production titled I Want You Back.

Glory isn’t featured as prominently in the first few episodes of Nine Perfect Strangers, but the character plays an essential role at Tranquillum: it’s Glory blending the smoothies for the guests, which, without spoiling anything, are quite critical to their healing journeys. Glory is played by Zoe Terakes, a nonbinary Australian actor whose first role was as Pearl Perati in the drama Janet King. They went on to star as Reb Keane in Wentworth, and played Scarlet in Showtime’s drama The End.