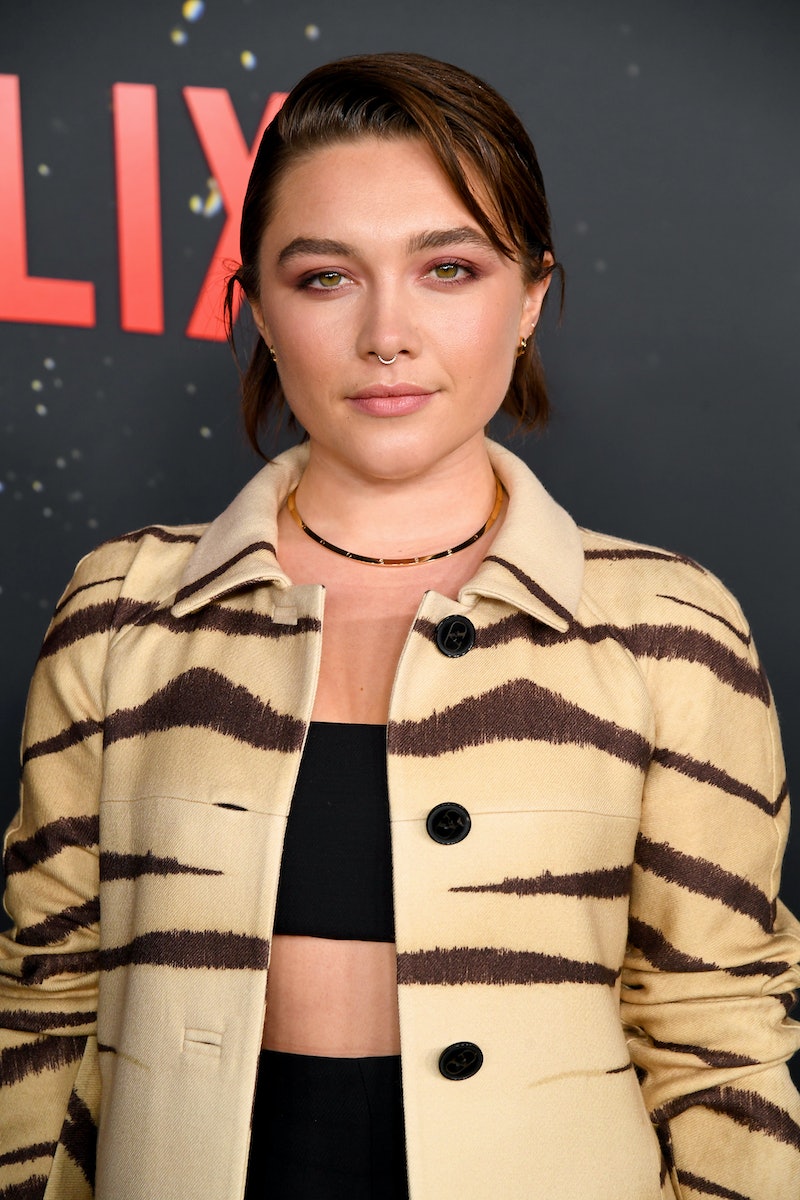 Spoilers ahead for Hawkeye Episode 4. There are a few constants in the Marvel Cinematic Universe: Hulk will smash, Tom Holland will spoil, and the fourth episode of every Disney+ MCU show will shake things up — and probably break your heart. Already, we’ve seen the Blip explored in devastating detail, a man killed by (fake) Captain America, the God of Mischief pruned, and the universe destroyed by a grieving Doctor Strange.

Now, Hawkeye continues the tradition, with Clint grappling with the loss of his best friend and coming face to face with her lethal little sister, Yelena Belova. Florence Pugh’s arrival on Hawkeye has been highly anticipated since Black Widow came out this July, so it was a pretty big deal when she finally showed up at the end of Episode 4. Pugh thought so, too, and took to Instagram to celebrate her character and co-stars.

“…She’s here,” Pugh wrote on Instagram on Dec. 8, the same day Episode 4 dropped on Disney+. Later, the Midsommar and Don’t Worry Darling star also narrated clips of the episode on her story. Fittingly, her commentary was the stuff of comic book bubbles: “Go! Bam! Oof! Pew!” she said as she and her co-stars battle on screen.

Though fun, the cheeky posts might have inadvertently spoiled the episode for fans who hadn’t tuned in yet — and in an update to her story, Pugh said the platform prevented her from posting further. “I never thought me posting love about a show in which I appear on would get taken down. . but here we are,” she wrote. “Someone on here complained so I’ve been blocked from posting my own appearance on a show that I’m very much in. Beyond ridiculous.”

If Pugh’s posts were removed by Instagram, it looks like that decision was reversed because they were still visible by Dec. 9. Fortunately, the complaint didn’t seem to sour Pugh’s Hawkeye experience too much. “Being in #Hawkeye is a privilege and thank you to all who welcomed me on set and off and all who are watching,” she concluded on her story.

Now that the question of Yelena’s arrival has finally been answered, Hawkeye is hurtling toward the end of its six-episode run. Still, there’s still plenty more conflict to deal with, especially with Kate’s sword-wielding stepfather-to-be and a mysterious villain, Echo’s uncle, who may represent the MCU’s next big crossover.