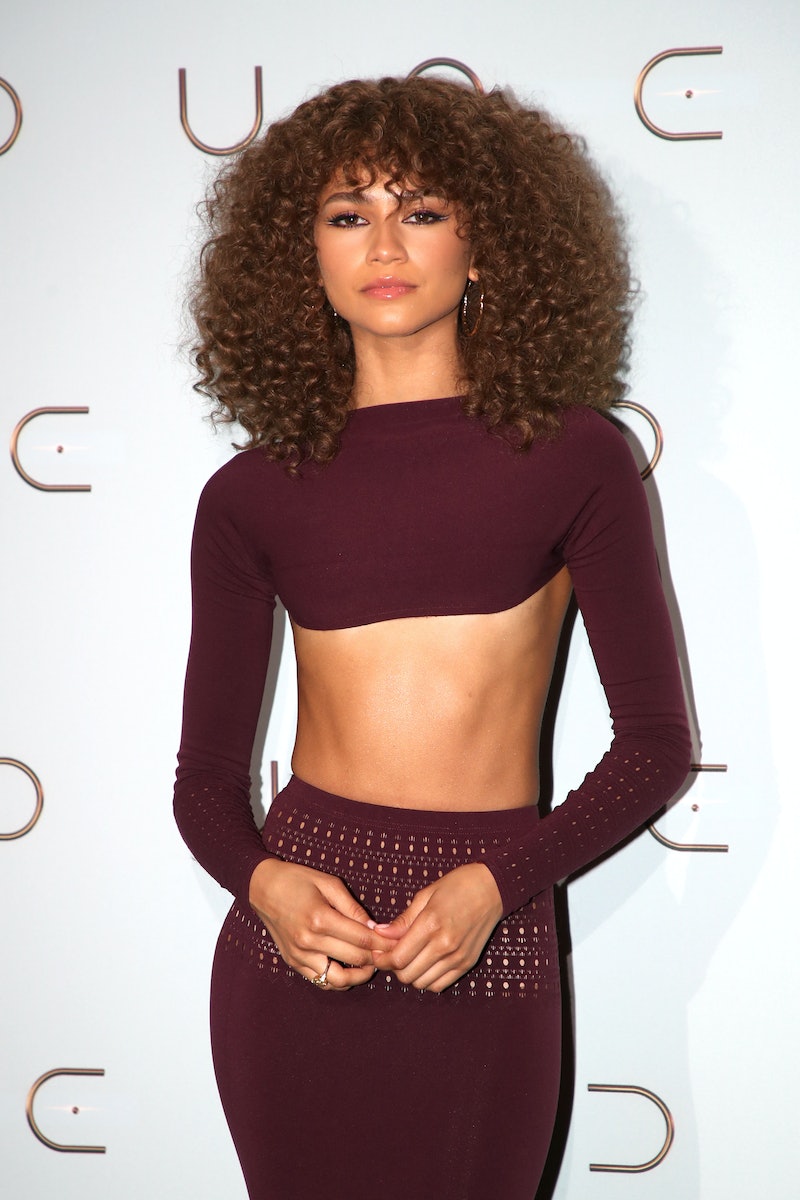 Zendaya season is officially upon us (but really, when is it not?). The Emmy winning-actor is starring in Dune this October, Spider-Man: No Way Home this December, and Euphoria Season 2, well, hopefully very soon. For Marvel fans, Zendaya’s turn as MJ has been especially fun to watch. She’s gone from classmate to friend to partner to the titular web-slinger, Peter Parker — and it seems Zendaya and Tom Holland are dating IRL, too. In a cover interview with InStyle published Oct. 12, Zendaya opened up about the things she admires in Holland, both personally and professionally.

“In an actor way, I appreciate that he really loves being Spider-Man,” she said. “It's a lot of pressure — you take on the role of a superhero wherever you go. To the little kid who walks by, you are Spider-Man. I think he handled that so well.” Zendaya also joked that even though Holland’s not a Virgo like she is, “he is a perfectionist” at work. It’s not too different from the kind of praise that’s been sent Zendaya’s way, of course. Earlier this year, Euphoria creator Sam Levinson described her as “a formidable force as a person and an actor ... [who] could snap most actors like a twig” to GQ.

“I watched him do a fight scene all day, which is exhausting,” Zendaya said of her on- and off-screen partner. “He'd do a move, come back to the monitors, watch it, and say, ‘I can do that better.’ I'd be like, ‘Dude, you got it.’ But he wants us to be perfect, and I really appreciate that.”

As a person, Zendaya said Holland’s “a fun time ... [and] can make anybody feel comfortable and have a good laugh and a good chat.”

Like most, Zendaya’s connection to the Spider-Man franchise goes way back. In fact, her personal life and the institution intertwined long before she was cast as MJ. As the actor revealed in her interview with InStyle, she actually saw Andrew Garfield and Emma Stone’s The Amazing Spider-Man on her first date at 16 and “had no idea” that she’d one day play a part in the beloved hero’s narrative. Moral of the story: manifest, people!

In No Way Home, Zendaya’s MJ seems ready to play an even bigger role in Spider-Man’s story. (She’s already proven her fighting skills under pressure when up against Mysterio’s drone attack in Far From Home, after all.) The upcoming sequel’s break-the-internet-level trailer teases the disruption of the Multiverse and the collision of villains past and present, plus a heartbreaking potential path in which Peter Parker’s loved ones — MJ included — don’t actually know he’s Spider-Man. Ouch.

More like this
Selena Gomez Confirms She's Single Amid Drew Taggart Dating Rumors
By Martha Sorren, Jake Viswanath and Jack Irvin
New Details About Jeremy Renner's Snowplow Accident Reveal The Actor's Intentions
By Sam Ramsden
Who Is Allison Williams Dating After Her Divorce? She’s Engaged With A Child
By Jake Viswanath
'RHOP' Stars Robyn & Juan Reportedly Got Remarried & Filmed The Ceremony
By Brad Witter
Get Even More From Bustle — Sign Up For The Newsletter
From hair trends to relationship advice, our daily newsletter has everything you need to sound like a person who’s on TikTok, even if you aren’t.