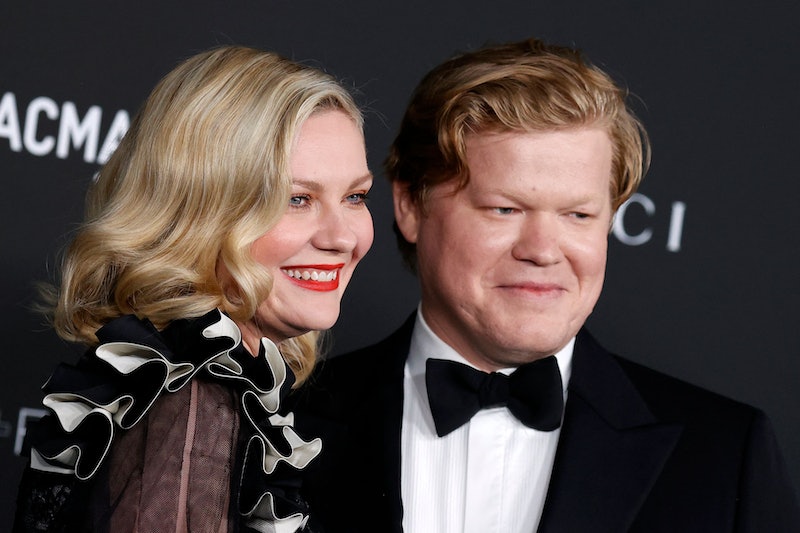 A version of this content appeared in Bustle’s daily newsletter on February 8, 2022. If you like what you see, sign up to receive it in your inbox right here.

The Bachelor Is Basically Survivor Now

When the pioneering reality TV programs premiered in the early 2000s, they couldn’t have felt more different: One was about people on an island eating bug larvae, and the other was about women vying for the affection of a handsome businessman. But these days, both shows could be described as a weeks-long elimination battle that requires contestants to form alliances, complete feats of physical strength, disclose personal traumas, and yes, run obstacle courses. They even eat bugs on The Bachelor now. Times have changed. Read More

Kristen Stewart, Will Smith, Andrew Garfield, & More Of Your Faves Got Their Oscar Noms

Netflix’s The Power of the Dog led the pack with 12 noms total — one for each of its main stars (which means Kirsten Dunst and Jesse Plemons are now an Oscar-nominated power couple). Kristen Stewart snagged one for her portrayal of Princess Di in Spencer, and Will Smith and Andrew Garfield are both up for Best Actor. The big surprise? No love for Lady Gaga’s performance in House of Gucci, which only received one nod for makeup and hair. Read More

The 6 Best Bob Haircuts For Thick Hair, According To Stylists

Bobs and their infinite variations are classic for a reason — they work with almost any hair type and texture. But if your locks are thick enough to require multiple ponytail holders for a run, you’ll probably want to take the “bell” out of your bob, i.e., remove some of that bulk toward the bottom. Here are a few shaggy, asymmetrical, and layered versions that do just that. Read More

You finally convinced your newest crush to divulge their zodiac sign, only to find that your Taurus-Scorpio relationship might be, uh, challenging. But, as any astrology enthusiast will tell you, sun sign-level astrological compatibility doesn’t always tell the whole story. Enter: Eros, Co-star’s first subscription-based service. Instead of a compatibility litmus test, it’s intended to be a tool for better understanding your relationship dynamics. Read More

At 18, Biney became the youngest person and first Black woman to make a U.S. Olympic speed skating team ahead of the 2018 Pyeongchang Games, and from there, she’s been pretty nonstop. Ahead of her races in the Beijing Winter Games, she sat down with Bustle to talk about being a Black woman in a predominately white sport, going on The Bachelor, and preferring Red Bull to coffee. Read More

Swoopy fringe seemed to be the reigning haircut of last year (The Flight Attendant’s influence!), and now that Kendall’s rocking the style too, it’s not going anywhere. Make an appointment and ask for The Dakota. Read More