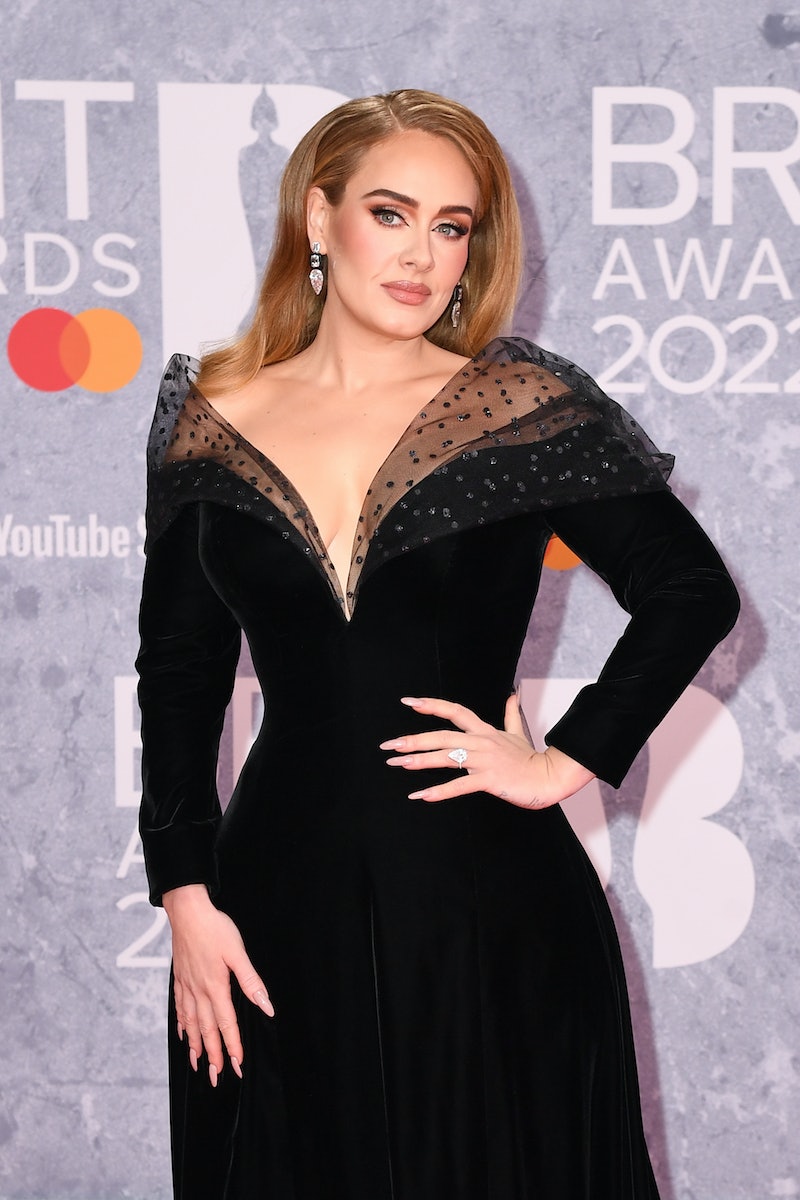 A version of this content appeared in Bustle’s daily newsletter on February 9, 2022. If you like what you see, sign up to receive it in your inbox right here.

The singer waltzed up to the Brit Awards last night in a plunging black gown and an absolutely giant teardrop diamond ring on her left hand, sparking rumors that she and boyfriend Rich Paul could be engaged. Neither has commented on the speculation yet, but maybe Adele’s simply too busy basking in the glow of her three new awards. Read More

The Tinder Swindler Has Been Spotted On Bumble

The subject of a new Netflix documentary, Shimon Hayut — better known by his alias Simon Leviev — allegedly conned women he met on the app out of huge sums by pretending to be the son of an Israeli diamond tycoon. While he’s banned from all the Match Group apps (Tinder, Hinge, OkCupid, Match, and more), this week, Bustle found a Bumble profile purporting to be Mr. Swindler himself. Read More

The 6 Top Contenders For The Next Bachelorette So Far

Because there are so few Bachelor couples who stay together, everyone knows the real prize of going on the show is getting the chance to be the next season’s lead (or at least sticking around long enough to make it to Paradise). Here’s a shortlist of contestants who fans and Bachelor alums alike want to see next season. Read More

Rajni Jacques, who’s now the global head of fashion and beauty for Snap, hadn’t even considered a career in fashion until one fortuitous train ride connected her with a kind stranger — someone who ultimately changed the whole trajectory of her career. Read More

Ming-Na Wen Worked Her Ass Off To Be Here

The star of Book of Boba Fett (and The Joy Luck Club and Mulan) has long attributed her success to luck. Now, she’s finally giving herself credit. Here, she chats with Bustle about being a loner growing up and her decadeslong love of Star Wars. Read More

Following in the footsteps of Clinique's Black Honey Almost Lipstick, the viral craze around Dior’s lip oil has caused it to sell out everywhere. What’s all the hype about? Basically, it delivers a natural, fuller look without having to overline your lips. You can sign up for the waitlist, or in the meantime, opt for one of these dupes. Read More

If you've got something to say, say it. Read More