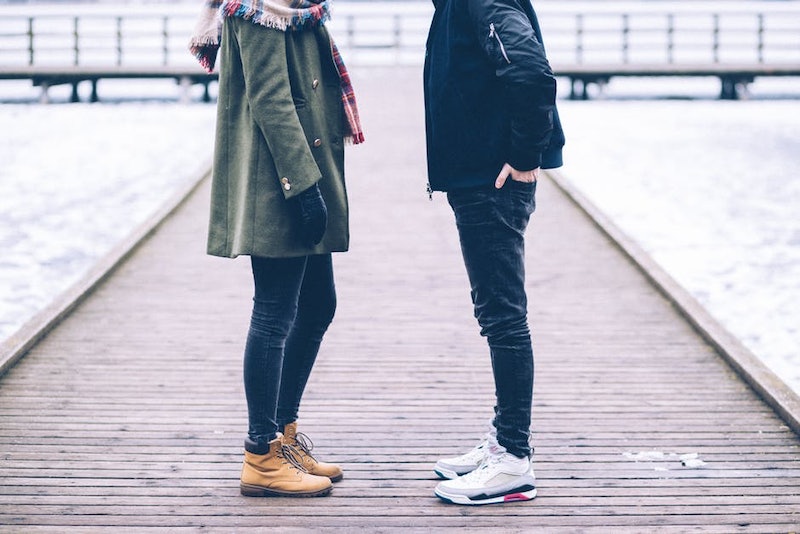 Many women have had experiences with at least one Nice Guya t some point in their life; it’s not an unusual phenomenon. And many of those women have a lot of things they wish Nice Guys understood — because honestly, if everyone on the planet took these lessons t heart, then we’d be living in a much friendlier world. In fact, that’s what this AskReddit thread posted by Redditor u/PirateJohn75 is getting at: Asking, “Women of Reddit, what do you wish self-proclaimed ‘nice guys’ would understand?”, it lays out, in no uncertain terms, exactly what “Nice Guys” really need to know. The thread isn’t new — it’s from about six months ago — but this stuff is timeless, so let’s dive in anyway.

When I say “Nice Guys,” I don’t mean guys who are nice. I mean Nice Guys ™ — guys who like to go on and on about how “nice” they are, when really, they’re not nice at all. They’re just acting that way because they think they can get something out of it. And that is not nice — that’s manipulative. A lot has been written about the Nice Guy ™ phenomenon, so I’ll send you here, here, and here for more — but the below lessons should also serve as a pretty solid primer on how not to be a Nice Guy.

Worth noting: A lot of the points I’ve pulled out below were suggested by many, many different Redditors; whichever version of the point is displayed in the screenshot is almost entirely arbitrary, based pretty much entirely on which one I spotted first. Know, though, that whoever is featured in the screenshot is likely far from the only person who suggested that particular point — and the fact that so many folks felt the need to bring each of these up just underlines how serious the issues underlining them really are.

Also worth noting: The question was phrased as asking “women of Reddit” what they think about “nice guys,” and indeed, women are frequently on the receiving end of behavior like this coming from men; however, most — if not all — of these points stand no matter what gender you are or which gender(s) you’re interested in.

There’s a lot of bad dating advice out there. This? This is generally good dating advice — and also solid advice on how to be a decent human being. That’s something we should all strive to be.

Head on over to AskReddit for more.