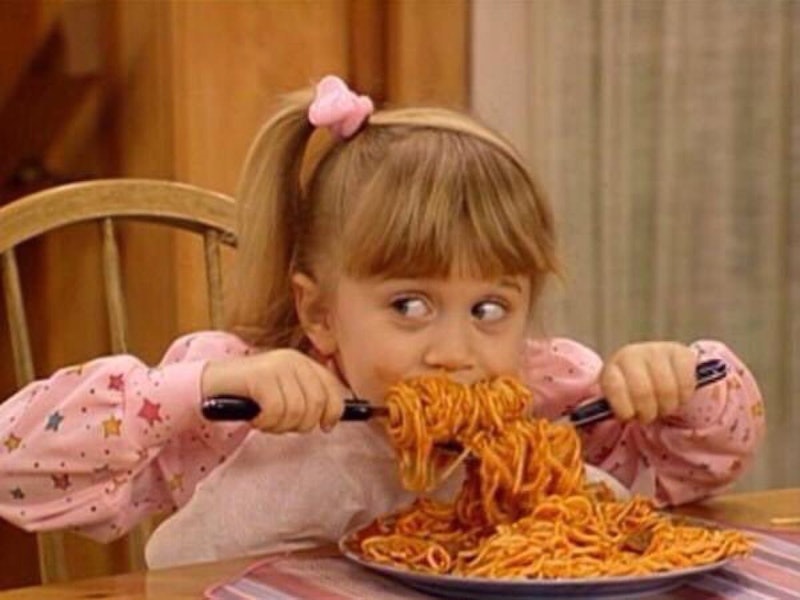 I didn't eat the most balanced lunch as a child in the '90s. Most school days my meal consisted of some kind of chip, an ice cream cone, and a "pink drink" (I still have no idea what's in it). Nor was I alone; most things every '90s kid wanted for lunch had... uh... questionable nutritional value. They sure were fun to eat, though!

If you're a child of the '90s like me, half of you were raised in a household where both parents worked, and 13 percent of you were raised by a single parent, meaning meals were often more about convenience than anything else (get some food in the kids for Pete's sake). I was raised in a single-parent household, which meant my brother and I got our own breakfast, most likely a cereal like Cookie Crisp (my favorite), and sometimes even packed our own lunches. In the summer we microwaved whatever was in the fridge or freezer, or went to McDonald's.

I have never been a morning person, so getting myself off to school on time was a challenge that rarely left me time to pack a lunch, hence my unorthodox food choices. Plus, the thought of food sitting warm in my locker or book bag until lunch rolled around grossed me out. It's often said that necessity is the mother of invention, and that was never more true than in the '90s. Here are 15 things every '90s kid wanted for lunch. Which one was your favorite?

More like this
'Friends' Star Maggie Wheeler Offers Support To Matthew Perry After Reading His Memoir
By Alyssa Lapid
Mel B Thinks These Celebs Should Play Them In A Spice Girls Movie
By Alyssa Lapid
Man Meets Politics: ‘Boy Meets World’ Star Ben Savage Is Running For Congress
By Jake Viswanath
Britney Spears Shares & Deletes Photos Of Justin Timberlake From 22 Years Ago
By Jake Viswanath
Get Even More From Bustle — Sign Up For The Newsletter
From hair trends to relationship advice, our daily newsletter has everything you need to sound like a person who’s on TikTok, even if you aren’t.