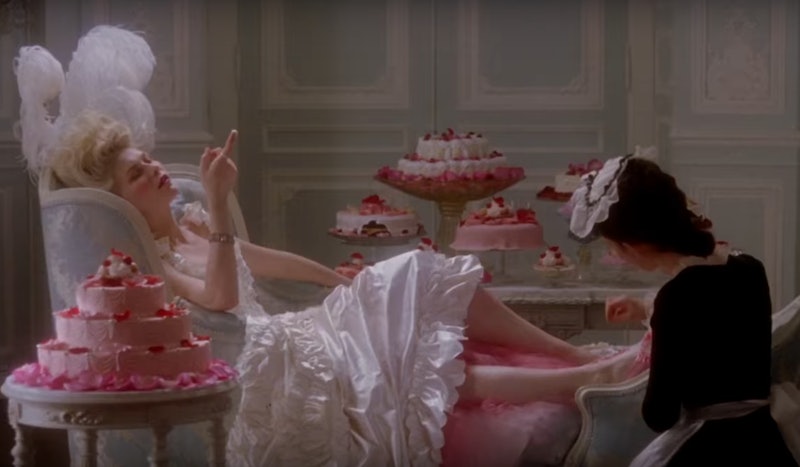 In real life, being a princess means abiding by a ton of rules and having to be "on" like, all the time. In fantasy film-land, though — while the long-standing princess trope has historically been kind of problematic and not always accurate — these 6 princess movie moments make royal living look pretty great. Exotic pets! Bottomless champagne! Teams of tiny woodland creatures that dress you every day! So fun!

Clearly, some on-screen princess perks are more believable than others. Most of us likely grew up with visions of magic carpets, fairy godmothers, and talking silverware at our service — which sucks, because those things don't really exist. On the other hand, if you're lucky enough to become an actual princess one day, there are plenty of IRL perks that most definitely do not suck.

Take, for example, the British royal family. They get to travel the world, they own multiple vacation estates, and it was recently reported that Meghan Markle's wardrobe (OK, technically, Markle's only a Duchess, but still ) costs more than $1 million, royal expert Katie Nichol told Entertainment Tonight. $1 million, by the way, that she doesn't even have to pay for herself. It's a charmed life.