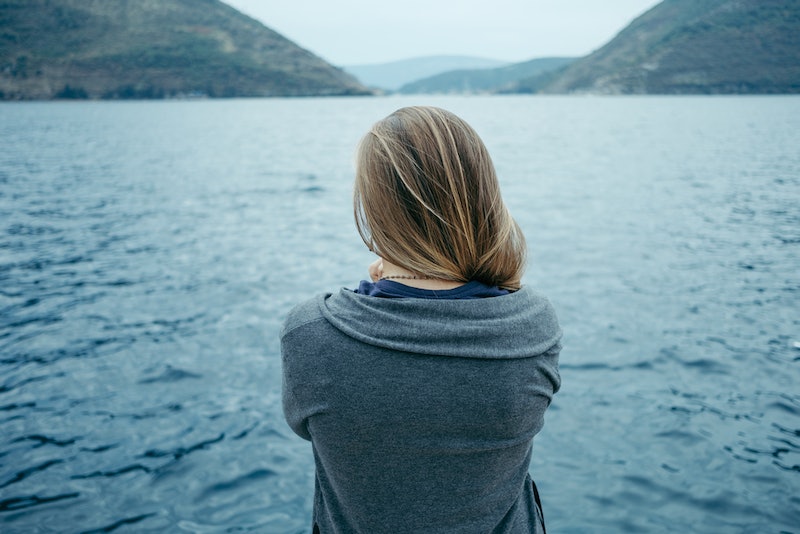 At some point, everyone feels lonely. Whether you’re home alone on a Saturday night — again — just got out of a relationship, or recently lost a loved one and the emptiness you feel seems worse than ever, loneliness is common and it’s OK to feel lonely. Although a new study out of the University of California San Diego School of Medicine found that severe loneliness occurs over an adult’s lifespan, they found it happened most among three age periods: late 20s, mid-50s, and late 80s. No sex differences were found regarding loneliness prevalence, severity, or age relationships. Researchers found that three-fourths of study participants reported moderate to high levels of loneliness, which was more than previous estimates — 17 to 57 percent — among the U.S. general population.

“This is noteworthy because the participants in this study were not considered to be at high risk for moderate to severe loneliness,” Dilip Jeste, MD, distinguished professor of Psychiatry and Neurosciences and director of the UC San Diego Center for Healthy Aging, who led the study, said. In other words, he said they didn’t have major physical disorders or suffer from significant mental illnesses, such as depression or schizophrenia, wherein loneliness may be more prevalent.

Why Loneliness Is Most Prevalent Among Those Three Age Groups

You may be wondering why three age groups in particular — late 20s, mid-50s, and late 80s — are most affected by loneliness. Katie Ziskind, licensed marriage and family therapist and the owner of Wisdom Within Counseling, has some theories. “It is normal to feel loneliness in your late 20s because you may be doing things such as living alone for the first time,” she tells Bustle. You may no longer have college roommates, or perhaps you and your significant other lived together and broke up, so now you’re more lonely.

“It’s also natural to feel lonely in your mid-50s because perhaps you’re an Empty Nester,” she says. For instance, people’s children go away to college, then go off on their own. And, as for people in their late 80s, Ziskind says their spouses, lifelong lovers, and friends and siblings have likely died.

“It’s very important to have an elderly person receive caregiving, even from someone paid,” she says. “The elderly don’t get hugs or touch as much; having friends stop by to see them can be very healing for loneliness.”

Three-hundred-and-forty San Diego County residents from 27 to 101 years old participated in the study, and they’d been in one of three prior studies of aging and mental health. However, people who were living in nursing homes or who required substantial living assistance were not included, nor were people with serious physical or psychological ailments, including diagnosed dementia.

Various tools were used to conduct the study, including the renowned 20-point UCLA Loneliness Scale, Version 3; a four-item, self-reported measure of social isolation (developed by the U.S. Department of Health and Human Services), as well as the San Diego Wisdom Scale, which was created by Dr. Jeste and his colleagues.

What Loneliness Is — And Isn’t

Ziskind says that it’s important to understand loneliness. “Loneliness is a deep-seated sadness or loss,” she says. “Often, people think loneliness means that they are deficient in some quality or skill; however, loneliness can actually be a motivator for positive transformation.”

She says it’s OK to feel lonely since being alone allows you to decompress, such as by napping. “But loneliness can become depression, lethargy, and melancholy when untreated without friendship or socialization,” Ziskind says. She suggests trying something new, like go to a yoga class. “Transform your loneliness into socialization,” she says.

The Difference Between Loneliness And Being Alone

Similarly, Dr. Joshua Klapow, Ph.D., clinical psychologist and host of The Kurre and Klapow Show, tells Bustle that there is a difference between loneliness and being alone. “At our core, we are social beings, so we are, on average, used to and need to be interacting with others,” he says. “However, to the extent that we feel we don’t have deep connections, we can be amongst people and still feel very alone.”

Klapow says you can also be physically alone and not “feel” lonely. “Alone is a state of being and lonely is an emotion,” he says. “Therefore, it is very important that we distinguish the two and get our quota of both being with other people (i.e., social interactions) and doing things where we don’t feel alone.”

The Likeliness Of Loneliness

First author Ellen Lee, MD, a research fellow in geriatric mental health in the UC San Diego School of Medicine Department of Psychiatry said that people who were found to be wiser were less lonely. “That may be due to the fact that behaviors which define wisdom, such as empathy, compassion, emotional regulation, self-reflection, effectively counter or prevent serious loneliness,” she said.

But moderate to severe loneliness appears to be highly prevalent throughout adult life. “And loneliness seems to be associated with everything bad,” Dr. Lee said. “It’s linked to poor mental health, substance abuse, cognitive impairment, and worse physical health, including malnutrition, hypertension and disrupted sleep.”

Although the authors said this study is the first to assess loneliness the way they did so — for instance, using multiple measures and among a broad age range — they said more research needs to be done on the topic. Dr. Jeste said people should think about loneliness differently. “A person can be alone and not feel lonely, while a person can be in a crowd and feel alone,” he said. “We need to find solutions and interventions that help connect people that help them to become wiser. A wiser society would be a happier, more connected, and less lonely society.”

Dr. Klapow agrees. “We can be by ourselves in the middle of a forest and feel very much connected to the world, to the larger Universe, and to ourselves — and, therefore, not feel lonely,” he says. “We can also be with strangers and feel either alone or connected.” He says being alone increases the chances of feeling lonely, but it is the feeling of loneliness that can be harmful.

How To Feel Less Lonely

Dr. Klapow says that having at least one meaningful or fulfilling social interaction per day can help prevent feelings of deep loneliness. He says you can do this many ways — join a book club, mentor a youth, go to a discussion, help out at a shelter, take a class, or try a sport, among other ideas.

He also says to remember that feeling lonely does not mean you need to find a romantic relationship if you are single. “The reality is, very often, romantic relationships provide love and romance, but they also provide good, quality social interactions,” he says. “So when you are feeling lonely because of not being in a relationship, make sure that you are getting regular social interactions.” He says you can do this by interacting with people who make you feel loved, engaged, interested, happy, and so forth.

“Some of this will come from friends, but some of this could come from co-workers or spending time volunteering at a place like a shelter," Dr. Klapow says. This can provide you with the quality human interaction that you crave.

“Don’t just look for ‘fun’ interactions — look for meaningful ones, just like a relationship; not as a substitute, but as a way to nurture your need for social interaction,” he says. By doing this, you will find you feel less lonely because you are less lonely.

What To Do If You Keep Feeling Lonely

Sometimes, you may still feel lonely no matter how much you try not to. “If you continue to feel lonely even when you are engaged in activities with others — and if feelings of loneliness morph into feelings of hopelessness — it’s time to talk to a mental health professional,” Dr. Klapow says.

All in all, no matter what age you are, there are ways to feel less lonely. But if nothing seems to work, it’s best to see a professional.

More like this
This Company Will Send STI Tests Right To Your Door
By Lexi Inks
Ashley Benson Revealed The Whole-Body Effects Of Her Anxiety On TikTok
By Stephanie Topacio Long
Are Sagittarius & Sagittarius A Good Match? Astrologers Weigh In
By Kristine Fellizar
Try These 3 Manifestation Rituals To Feel Healthier Than Ever
By Brittany Beringer
Get Even More From Bustle — Sign Up For The Newsletter