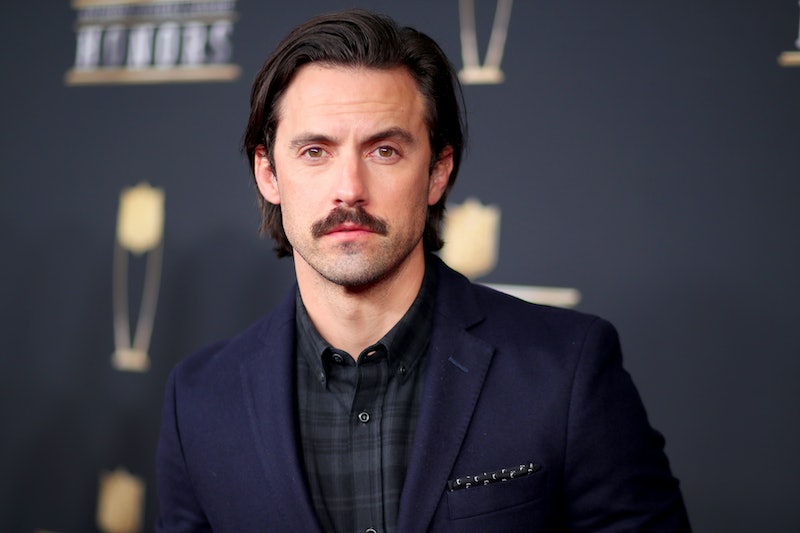 Even though fans currently know him as Jack Pearson, the beloved patriarch on This Is Us, Milo Ventimiglia will always be Jess Mariano to Gilmore Girls aficionados who grew up with the WB/CW series (and eventual Netflix reboot). And anyone who watches Gilmore Girls has an instant answer to one seemingly complicated question: Team Dean or Team Jess or Team Logan? Obviously, when I sit down with Ventimiglia, who's promoting a fire safety PSA he recorded with Duracell, I feel compelled to ask Gilmore fans' never-ending question.

Being a Team Dean fan myself, I start with a bit of a preamble, trying my best not to offend the actor who played Jared Padalecki's character's rival, but before I could even get all the words out, it's like Ventimiglia read into my soul. "You hated Jess?" he asks, knowingly. "Team Dean, I get it. I was always Team Dean too."

Knowing this may throw off fans that thought he'd pick his own character, Ventimiglia continues, "That's the crazy part, I was totally Team Dean. I still am Team Dean." And being the polite guy that he is, he apologizes and lets me ask my initial question: Who does he think Rory Gilmore belongs with?

As it turns out, Ventimiglia is a total diplomat. He lets out a gigantic laugh and says, "You know, I never really thought about it."

Again, shocking, right? But his explanation will give even Team Logan shippers some peace of mind. "I don't dream too far from the script. I look at the script and I accept this is what the script is, and [use] my imagination to get to the moments I need to as an actor. But when I left the show, I never really thought about where Jess went."

As fans will recall, Jess left town to go to California without even really saying goodbye to Rory. He popped back up later on after he wrote a book, partly inspired by the Gilmore daughter. Yet, fans still rooted for them to end up together in some future Stars Hollow timeline. But Ventimiglia wasn't actually thinking that far ahead.

"I never thought about who Rory should have been with," he says. "I think for us on the inside, we tell the stories. But I can't say that I ever wondered who the girl should've been with."

I then ask him to complete a seemingly impossible task: settle this Team Logan/Jess/Dean debate in five words or less. Ventimiglia pauses, ponders the challenge, then says, "Was Rory right for any of them?" Counting on his fingers, we both realize that's seven words. He apologizes — but it's impressive, nevertheless. Maybe the reason it remains an ongoing debate is because none of Rory's suitors are actually a good fit.

While the original Gilmore Girls ended after seven seasons in 2007, the series got a second chance — a rebirth, if you will. In 2016, Gilmore Girls: A Year in the Life dropped on Netflix, providing four 90-minute installments, each centered around a season.

Throughout the episodes, fans finally got some answers: Rory and Logan continued seeing each other (albeit, while seeing other people), Rory and Jess' chemistry never truly died, and Rory and Dean did get some sense of closure. He's a happily married dad, and they had a nice convo in the supermarket.

Yet, the whole thing ends on a cliffhanger: Rory is pregnant with a child of her own, and the dad's identity remains a mystery. While some believe it's Logan's kid, it's never confirmed. With no concrete answer about whether the show will actually come back, this adds one more question that the Gilmore fandom will need answered.

But at least one mystery is finally solved: Fans now know where Ventimiglia stands on the whole Rory's-love-life debate. And maybe that's enough.