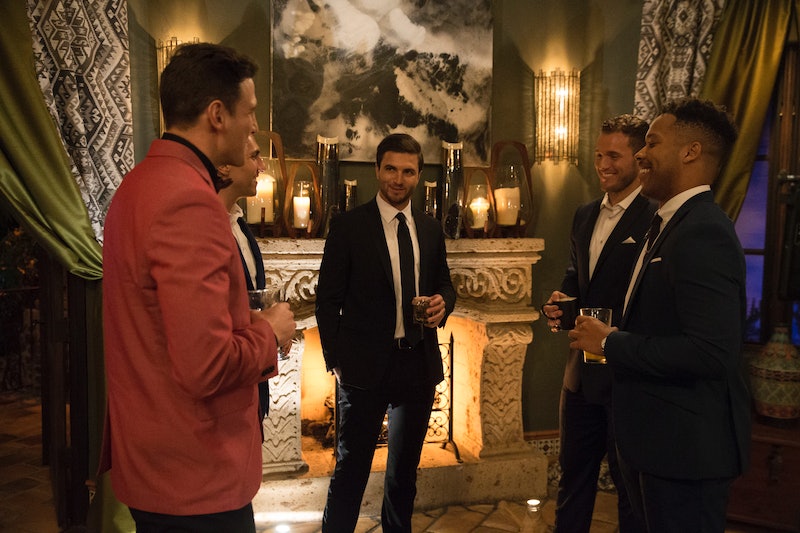 Reality television aficionado Reality Steve may have just dropped a major hint to Bachelor Nation fans. According to his official Twitter account, ABC is reportedly choosing Colton as the next Bachelor. And Reality Steve's rumored 2019 Bachelor is a controversial pick, especially after tuning into this season of Bachelor of Paradise. ABC declined to comment on The Bachelor casting. Bustle reached out to Warner Bros for comment, but they did not immediately respond.

"(SPOILER): I know ABC has made last minute changes in the past so it's not technically official, but after the Paradise reunion taping yesterday, I'm hearing that they will be announcing the next 'Bachelore' soon and it will be Colton."

As if his love triangle with Becca Kufrin and Tia Booth on Bachelorette Season 14, followed by his absurd amount of indecisiveness on BiP Season 5, didn't bring enough drama to the ABC screen already, Colton Underwood is allegedly a front runner for the coveted spot. Though charming on the surface, Colton hasn't exactly won Bachelor Nation over in its entirety, and so, ABC's alleged decision to choose him to the helm has led to some fans scratching their heads. According to Reality Steve, however, choosing Colton to be the next Bachelor should make total sense for the network.

Following his initial spoiler, Reality Steve tweeted his own analysis: "They must feel Colton is the closest thing they'll get to Sean. Character, morals, no shady past, etc. Sean 2.0."

The Texas native and born-again-virgin married Catherine Guidici following his Season 17 Bachelor stint, and has since, proven himself to be quite the upstanding gentleman. As Reality Steve put it, Sean doesn't have a shady past in the least bit, and as it appears, he and Catherine had quite the fairytale romance while on the show. It's only right that ABC yearn for that same type of appeal this time around, right? Especially after the controversy brought along with, and mixed feelings felt by fans for Bachelor Season 21 helmer Nick Viall and Season 22 star Arie Luyendyk, Jr.

If "not having a hugely controversial past" is the only stipulation for the next Bachelor, Colton would seemingly be the right pick. But fans of the franchise couldn't disagree more, and of course, they let their feelings be heard all over Twitter.

Some fans announced their outright fatigue felt with Colton making an appearance on yet another Bachelor Nation show.

While others felt as though Colton was way too immature to take on the major role.

But overall, it sounds as though fans think that the franchise has so many other, more qualified, candidates to choose — whether the next Bachelor be Blake, or even, Twitter's fan-favorite and top pick Jason, both from Becca Kufrin's Bachelorette season.

More important than anything, however, fans should remember that none of this information has been confirmed by the ultimate source — ABC. So even if you're not exactly sold on the idea of Colton becoming the next Bachelor, there's still hope that the network could totally decide to place another former contestant in the role.