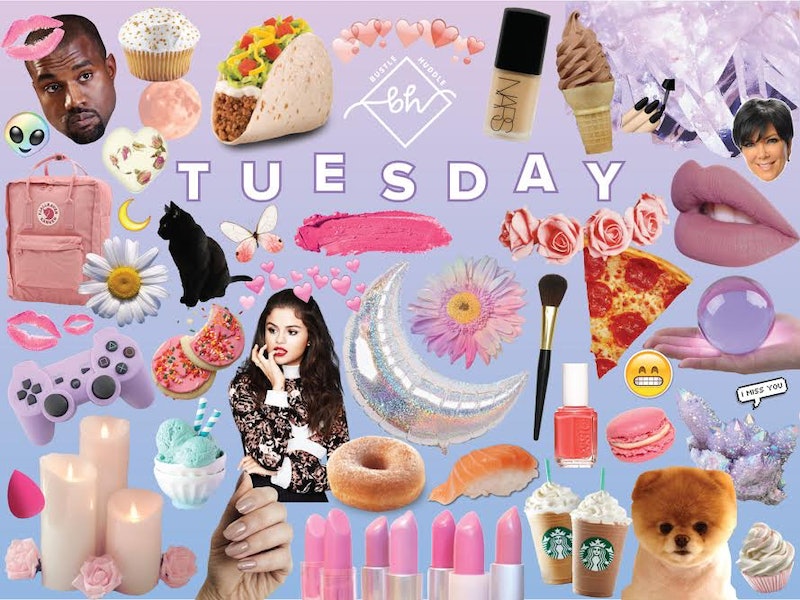 Hope everyone had a good Tuesday! Already, we're a week into February, which is hard to believe, considering that January felt like a never-ending month. But before long, Valentine's Day will be here (plus Galentine's Day, of course) and soon after, the end of the month — which means spring is just around the corner. Is it time yet?

Well, I'm getting ahead of myself. Here's what happened today, Feb. 7, from Betsy DeVos' controversial confirmation to that Jane the Virgin episode no one can stop talking about.

Although it's not a shock, the news that Betsy DeVos has been confirmed as Trump's Secretary of Education is still pretty upsetting. After a 50-50 split and an intense fight by Senate Democrats, Vice President Mike Pence was the one to cast the tie-breaking vote — the first time a VP has ever had to do so, meaning that DeVos officially has less support from the Senate than any cabinet member in American history.

#VacationObama Update: News got you down? These photos and video of Obama kitesurfing on vacation will cheer you right up. You're welcome.

The Sports Illustrated Swimsuit Edition is always a big deal, but the 2017 version is special, considering that 63-year-old Christie Brinkley appears in the issue. The supermodel looks amazing, and it's very cool to see an older woman appear in a magazine special typically focused on 20-somethings.

Shopping Break: From a portable smoothie maker that turns into a travel cup to a voice-activated lighting system, these are the weird but genius products you never knew you needed.

Yes, you read that right. Vasalgel, a non-hormonal male birth control, tested successfully in monkeys, which is a great sign for its eventual use in humans. So yes, male birth control could soon be a thing, which would be revolutionary, to say the least.

Fun Fact: According to a new survey, millennials get their dating advice from their friends, co-workers, and.... Uber drivers. Makes sense.

Jane The Virgin + A Huge Twist

Spoiler alert: Monday night's episode of Jane the Virgin featured a game-changing twist that was heartbreaking for many fans. If you're still processing that ending, here's why you're feeling as bad as you are. Jane fans, trust me: you're not alone in this misery, and Michael himself, Brett Dier, has a message for you in your time of need.

Bach Recap: Half the fun of watching The Bachelor is going on Twitter and seeing what other viewers have to say, and these 18 tweets about last night's Bachelor episode are hilariously spot on.

Another day, another new Harry Potter theory. This one comes from Redditor elxavi82, who proposes that Harry had psychic powers throughout the series. One particular Goblet of Fire passage hints at this being the case, and there are some other examples later on that support the theory — thoughts, JK Rowling?

Trailer Watch: The Iron Fist full trailer dropped, and it is amazing. Get ready to be obsessed with Marvel's newest Netflix show, starring none other than a Game of Thrones alum.

Today's WTF Moment: According to Nameberry, the trendiest baby names of 2017 include... Moana. Thanks, Disney.

What to Watch: Tune in to BRAVO at 10 p.m. for the series premiere of Imposters, a dark comedy about a con artist who dates people before stealing all their money.