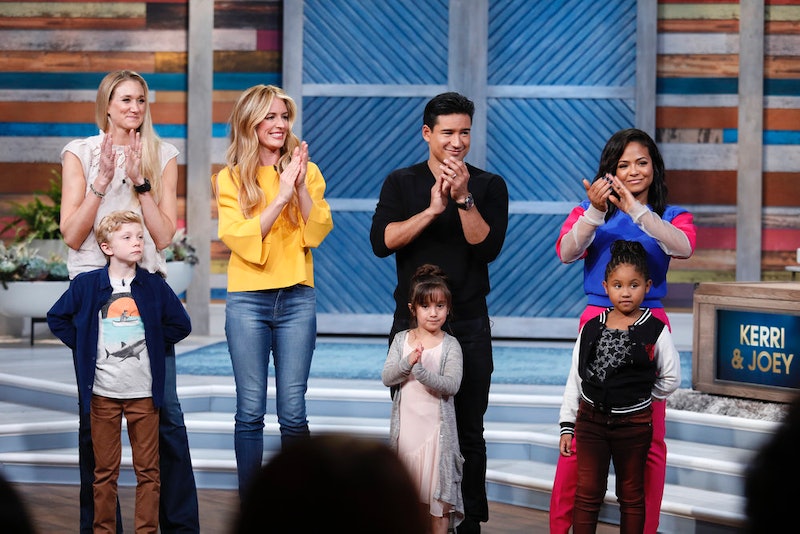 Celebrities are people just like everybody else, which means that many of them choose to be parents. And just like everybody else, they sometimes want the chance to show their kids off to the world. Now some famous names are getting the opportunity to do just that with Big Star Little Star. The new USA Network game show — which, like so many other great shows, is based on an already existing British show — pairs celebrities and their kids up to compete against one another to see who knows one another best. Cat Deeley of So You Think You Can Dance is the host, and on the premiere season of Big Star Little Star, a handful of celebs and their adorable children are lining up to join her.

Of course, as amazing as it would be to see iconic celebrity kids like Blue Ivy Carter or North West on the series, their moms and dads aren't scheduled to appear. But that doesn't mean the contestants of Big Star Little Star aren't individuals you might recognize from the worlds of TV, movies, music and sports. And even if you don't recognize everyone, their kids will be there to totally steal the spotlight. Plus, all the prizes each family wins go to a charity of their choice.

Here's where you've maybe seen the first batch of contestants before: