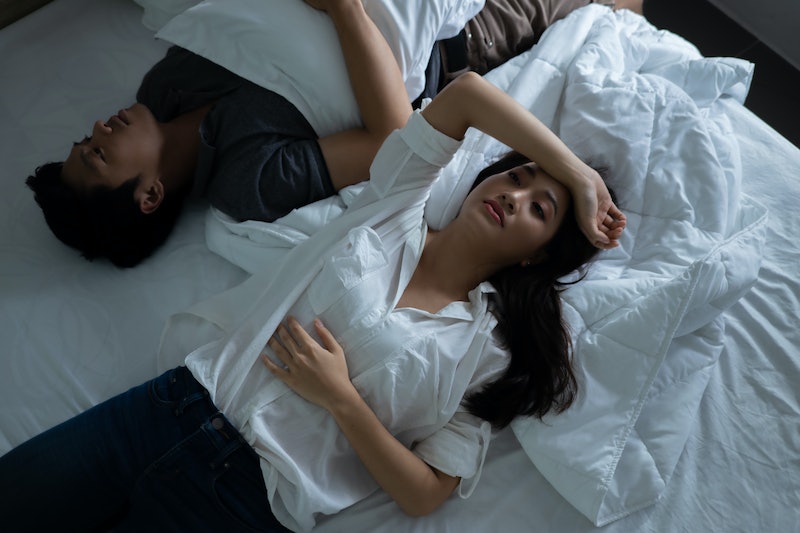 Some zodiac signs will meet and immediately have amazing sexual chemistry. It'll feel like it was meant to be as they start spending time together, and realize they can't keep their hands off each other. But some zodiac signs won't have sexual chemistry — or at least not as much, right away — and it can make the early days of dating feel a bit awkward and clunky.

While there's always a lot going on when it comes to what makes people click, one explanation for a lack of chemistry is mismatched elements. "In astrology some elements work better than others," astrologer Clarisse Monahan, tells Bustle. "As a general rule fire works well with air and earth works well with water." So if a fire sign and an earth sign end up together, it might be a bit of a letdown.

The way two signs are positioned in comparison to each other on the astrological chart can also play a role in who they find attractive, and how much sexual chemistry they end up having. For example, "zodiac pairs with the least sexual chemistry are ones which are next door [neighbors] astrologically," Monahan says. "This aspect is known as a semi-sextile and it indicates difficulties or challenges because [their] energies feel, paradoxically, alien to one another."

As a result, their sexual relationship might feel a bit strange. But that doesn't mean all is lost. "The challenge for each individual would be to own up to what they are bringing or not bringing to the table," Monahan says. "Each sign has so much to teach the other," so they might be more compatible down the road. It won't come easy for the four duos listed below, though, due to these differences.