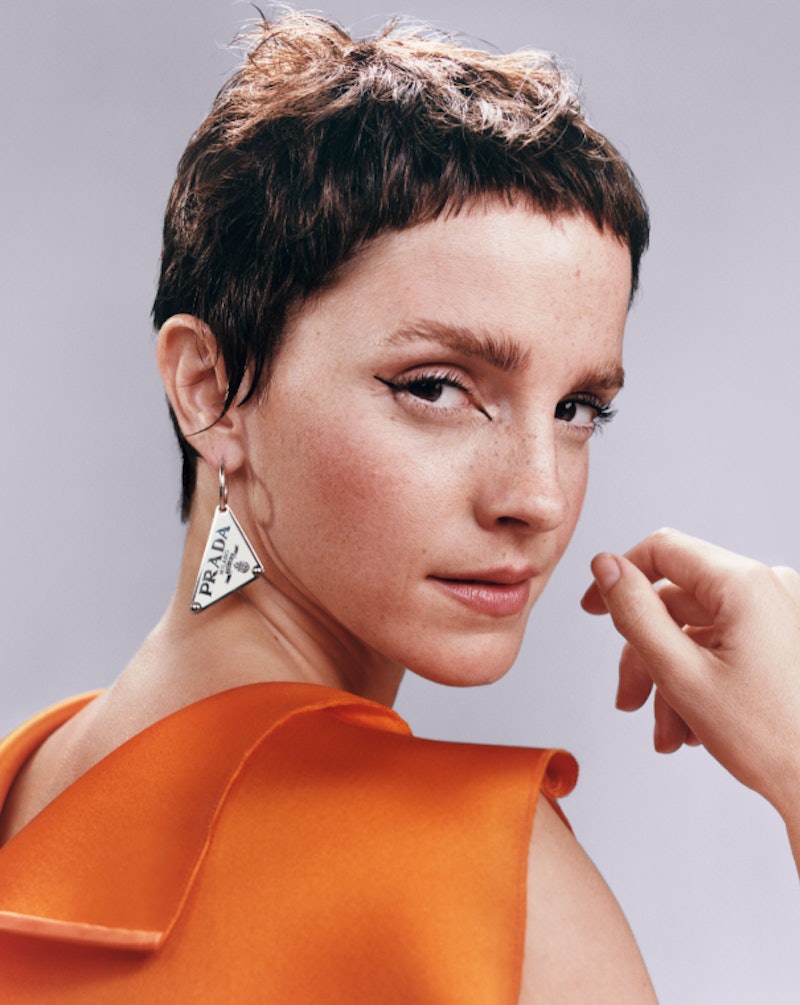 Emma Watson has truly solidified her status as one of Hollywood’s most elegant, timeless icons of the modern age. And while the British actor has the chops (and natural beauty) that’s so perfect for the silver screen, the outspoken activist has been dabbling in the world of directing films as well. Most recently, Watson has been named the “face and heart” of Prada Beauty, with its newest women’s fragrance launching on August 22 — and spoiler: She is the director (and of course the star) of the campaign. And as if this newly announced partnership were’t enough to satiate the Emma stans and beauty lovers of the world — Watson debuted a modern, face-framing pixie haircut, styled with the sweetest, choppy baby bangs. Major win.

Of the new Prada Beauty campaign, Watson so beautifully says: “Prada has always gone beyond traditional models and archetypes of conceived beauty and is famous for a femininity that challenges conventions. It’s a pleasure to create a campaign and represent a fragrance with such a profound philosophical concept and sustainability initiatives in a way that feels genuinely real and relevant.” And just as pixie cuts are among the more daring looks in a time when longer locks are more common, it seems her chop only enhances and exemplifies Prada’s messaging.

There’s a good reason why Watson’s cut might bring back memories. Back in 2010, she rocked a similar ‘do shortly after wrapping her career-changing role as Hermione in the Harry Potter films.

While it’s safe to say that the bob (and all of its seemingly endless, shoulder-skimming iterations) is thee hair cut of the upcoming fall season, pixies are seriously the understated style of the moment. For more short haircut inspiration, stars like Rihanna, Zoë Kravitz, Kristen Stewart, and even Jojo Siwa are just a few of style stars that have rocked equally chic cropped cuts.