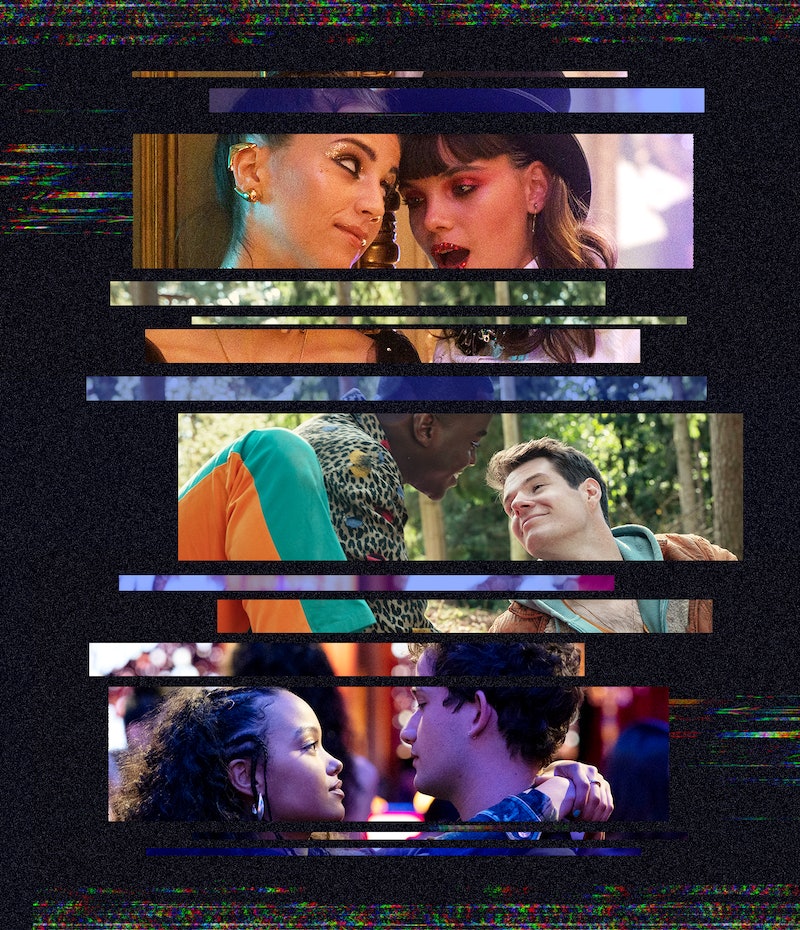 Weddings are as much of a rite of passage on TV as they are in real life — even when the two people standing up at the altar aren’t old enough to rent a car. In The OC and the OG Gossip Girl — the aughts’ teen show blueprints — both Seth and Summer and Chuck and Blair are pitched as “endgame” couples destined to be together and ultimately pledge a lifetime together in their respective final seasons. Even Buffy Summers contemplated the idea of matrimony during her unconventional relationship with Angel in a bid to overcome the hurdles of dating a vampire who will live forever.

While there’s nothing wrong with wanting your favorite on-screen couple to settle down, it’s refreshing to see central long-term relationships put on the back-burner in the recent season of Sex Education. Rather than being myopically focused on their partners, a rippling theme of uncertainty weaves its way through the many Moordale High pairings and love triangles, as the various parties are given space for personal growth outside of their romantic path. After all, knowing your heart at 16 when there’s an entire world out there is unlikely (although not impossible), and the Netflix hit is not alone in the new crop of adolescent dramas looking beyond the fairytale notion of your first love being your only love.

The newly rebooted Gossip Girl has seen a similar shift away from ultra-serious long-term relationships, ending the pilot with teen sweethearts Julien (Jordan Alexander) and Obie (Eli Brown) breaking up, while Audrey (Emily Alyn Lind) and Aki (Evan Mock) broaden their hooking up horizons with Max (Thomas Doherty) as a third — first in secret and then together. Granted, only six episodes of the revival have aired, and the jury’s still out on whether they’ll end the debut season together or apart. A coupling back-and-forth will always be a staple of this genre, but it’s refreshing to see a potential alternative to the kind of OTP dynamics that shaped the teen shows of the aughts.

Before Gossip Girl entered into throuple discourse, racy Spanish teen series Elite already had this angle covered along with its sprawling dating web. Las Encinas, the school at the heart of Elite, is also undergoing major scrutiny for scandalous events (multiple murders will do that). As with Hope (Jemima Kirke) at Moordale, this authoritarian directive doesn’t hold much weight among the students, who are too busy navigating perilous matters of the heart. Beloved couple Guzmán (Miguel Bernardaeu) and Nadia (Mina El Hammani) pledged to stay together while she studied abroad in New York City at the end of Season 3, but a happily-ever-after ending wasn’t in the cards, and the pressure they put on staying together only made them both miserable.

Sex Education’s Maeve (Emma Mackey) refuses to make this mistake. While she almost squandered her chance to study in the US — because she had finally made up with Otis — she is quickly convinced by BFF Aimee (Aimee Lou Wood) to listen to her head and not her heart. Unlike Nadia and Guzmán, the recently reconciled Otis and Maeve don’t make similar declarations to wait or any other such flowery romantic sentiments. “We’ll see where we’re at when I’m back,” Maeve offers as an open-ended invitation that doesn’t stick either of them with a guilt trip.

Of course, this isn’t to say that teenaged LTRs can’t thrive, but it’s refreshing to witness an alternative that leaves space for a young person like Maeve to spread her wings without mooning over a guy back home. It’s impossible to fully appreciate a new destination when you’re worrying about keeping scheduled FaceTime dates or explaining the backstory behind every person who pops up in your Instagram Story to a faraway boo.

Going abroad also altered the path for Eric (Ncuti Gatwa) and Adam’s (Connor Swindells) fledgling romance that was already struggling to find its rhythm. Eric’s trip to Lagos, Nigeria, for a family wedding results in a revelatory kiss with another guy that can’t be clocked up to a meaningless mistake. “I just feel like I’m ready to fly and you’re just learning to walk. And I’ve worked really hard to find myself, and I’m beginning to lose who I am,” says Eric in the season finale.

Throughout this season, characters have cheated, broken up, and found it impossible to reciprocate an “I love you” — “that’s nice” fills the awkward silence — and hesitation has fueled nearly every single couple. Even the adults are experiencing uncertainty, so it’s no wonder the teens on Sex Education currently eschew the idea of everlasting love.

Deep bonds are not only forged by hot hook-ups, and forever is more likely to apply to the friendships that are the beating heart of Sex Education, which are treated with as much (if not more) reverence as the show’s many romantic relationships. Aimee and Maeve and Otis and Eric have experienced the emotional roller coaster highs and lows often reserved for high school sweethearts, and both pairs ended the year with a renewed commitment to each other. The painful rift after a fight in France and the subsequent reconciliation between Aimee and Maeve is as vital to the overall narrative as the burgeoning romance with Otis. Boyfriends come and go, but best friends really are forever.

More like this
TikTok's Voluntary Celibacy Trend Has Sparked A Movement
By Lexi Inks
18 Hinge Prompt Answers To Try If You’re Looking For Something Casual
By Lexi Inks
17 Valentine's Day Tips For New Couples, Straight From Relationship Experts
By Carolyn Steber
My Partner Wants Me To Wear A Diaper During Sex. Help!
By Sophia Benoit
Get Even More From Bustle — Sign Up For The Newsletter
From hair trends to relationship advice, our daily newsletter has everything you need to sound like a person who’s on TikTok, even if you aren’t.