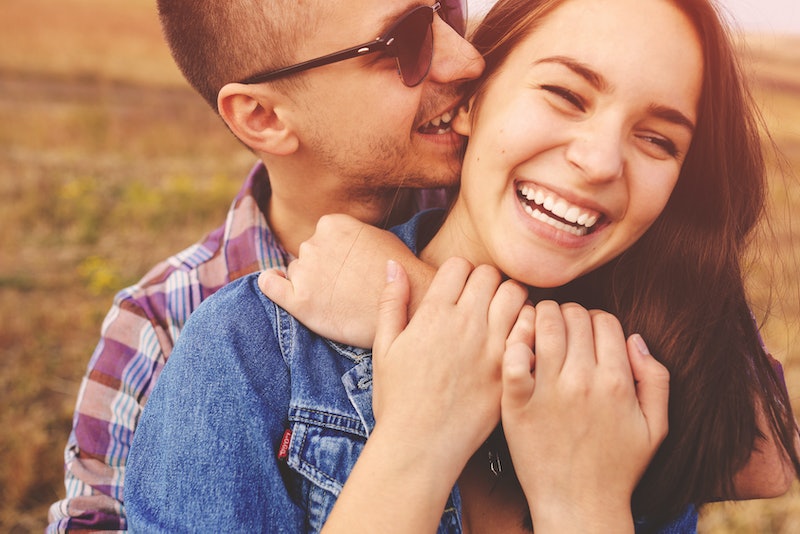 Many of us had first first sexual experience with a high school love. And it was probably terrible. But hey, what can you expect from an awkward teenage couple who have absolutely no idea what they're doing? Luckily, most of us have moved on to have better sexual experiences as we've gotten older, thanks in part to our own growing sexual prowess and that of our partners. However, every once in a while, you'll come across someone who looks like an attractive man on the outside, but is so bad in bed, he'd make your high school boyfriend look like James Deen.

I've never had a sexual partner who was under the age of 21, but that doesn't mean I haven't slept with a few man-children. Even though sexual man-children definitely have distinctive characteristics (and you can identify some of them just by how they hit you up on Tinder), they aren't always man-children outside of the bedroom, which can make you question if the guy you're sleeping with is just bad in bed or straight-up sexually immature. Some guys just need a little nudge in the right direction or some more experience in the sack, but a sexual man-child is generally beyond hope. So how can you tell the difference?

The good news is that for all the man-children out there, there are also plenty of grown-ass men that are hoping to get laid by someone just like you... and once you get a taste of what they have to offer in bed, you'll wonder how you ever tolerated sleeping with someone with the sexual maturity of a 14-year-old. If you're not sure of whether or not you're actually hooking up with someone who's a man from the tip of his head to the tip of his... toes, then check out these distinct characteristics of a guy who is a grown-ass man in bed.

1. He Cares About Your Orgasm

Not every woman can climax during sex, and a guy's ability or inability to do so don't make him any less of a grown-ass man, especially if you're not hitting your big O through intercourse alone — a study by Planned Parenthood revealed that up to 80 percent of women simply can't climax through intercourse alone, no matter how good their guy is at using his tool.

What is important, however, is that he tries to get you there. He might not be the world champion of oral, and he might need a bit of help to use his fingers exactly the way you like, but as long as he's doing his best to make sure that you get your big moment, you can rest assured that this is a guy who is ready for an adult sexual relationship.

2. He Wants To Use Protection

Step aside, Christian Grey — the sexiest words you could truly whisper into a woman's ear are, "Let me get a condom" Swoon. The movies make it seem like all the hottest men don't even bother with this stuff, but in reality, any guy who whines about having to use protection is just begging for your vagina to dry up and hang a "No Trespassing" sign at the entrance. If your bed buddy cares about your (and his) sexual health, you know you're banging someone who passed and paid attention to his high school sex ed. class.

3. He Listens To You

It can be fun to be dominated and allow your partner to choose exactly what they're going to do to you. Most of the time, though, you're going to want to sleep with someone who pays attention to your tips on how to make sex better for you. One of the top symptoms of being a man-child in bed is saying, "I know what I'm doing!" when your partner suggests something different... and, not surprisingly, the people who say this are usually the ones who have absolutely no idea what they're doing. You can perform a simple test to discover if you're sleeping with a grown-ass man by helping him understand what might feel better for you, and if he at least considers your advice, you've found yourself a winner.

4. He Takes His Time With Foreplay

I know, I know — it can be so boring and difficult to actually make sure your partner is actually enjoying herself. I mean, who wants to stick their dick into a well-lubricated, happy vagina anyway, right? Grown-ass men, that's who. Foreplay is a crucial part of sex, and some of us need more than others to make sure we are emotionally and physically ready for the main event. A study by the Journal of Sex Research found that men are generally content after 11 minutes of foreplay, while women want an average of 19 minutes to warm up, meaning that your partner might have to go a bit longer than he originally anticipated to make sure you're ready to go. A man-child might go straight for the P-in-V move, but a true stud will make sure that the build-up is just as good as the rest of the performance.

Just as you'd expect your partner to listen to you when you tell them you'd prefer to change things up in bed, you should also expect them to speak up when they aren't 100 percent happy with how things are going under the sheets. Getting tired? Please, speak up and I'll be happy to take the lead. Find that I'm not smelling so fresh down below? If you have the courage to say that to my face, I have no problem at all washing up before we get down to business. An honest man in the sack is infinitely better than one who just expects you to know exactly what he wants.

Picture this: your partner tries to pull a porn star/ ninja move and flip you over so that he's on top without ever even having to withdraw himself from you. But instead of landing on the bed, both of you tumble off the side and land with a thump on the floor. Does he: A. Make sure you're not hurt, chuckle about it with you, then get back to work or B. Throw a small tantrum and then go into the bathroom to nurse his injured ego? If you think your guy is more of a "B" type, then it's time to raise your standards.

A grown-ass man knows that there's a time for passionate XXX-rated sex, and a time to laugh when things don't go exactly the way you planned. Should your partner let a funny moment ruin everything, send him back home to his mommy and make some room for a real man in your bed.

8. He Understands The Word "No"

It's amazing: this tiny, two-letter word is one of the first we ever learn as human beings, and yet, there are adult men who don't seem to understand what it means. A man who is grown both inside and out will understand that your comfort zone isn't encircled by a dotted line, and that he has every right to turn down things he's not comfortable with, too. If you're not a fan of butt stuff, but your partner keeps "accidentally" poking you in the wrong hole anyway despite your persistent objections, give him a list of local preschools so he can learn the difference between "yes" and "no" before attempting to do something that's strictly for grown-ups.

9. He Cleans Up After Himself

Story time! I once had a FWB who accidentally shot his load all over my wall. Not a big deal, right? Jizz happens. But the kicker was that after I came back from cleaning myself up and found him all snuggled up under the covers, he had the balls to point at his masterpiece and ask, "Would you mind getting that for me?" If I hadn't been so shocked, I might have had the clarity of mind to scoop it off the wall and dribble it into his mouth as he snored, but instead, I got a wad of tissue and forced it into his hand without another word. He was mad, I was mad that he was mad, and I removed the benefits package from our friendship after that night. That guy was not a grown-ass man. Don't sleep with that guy.