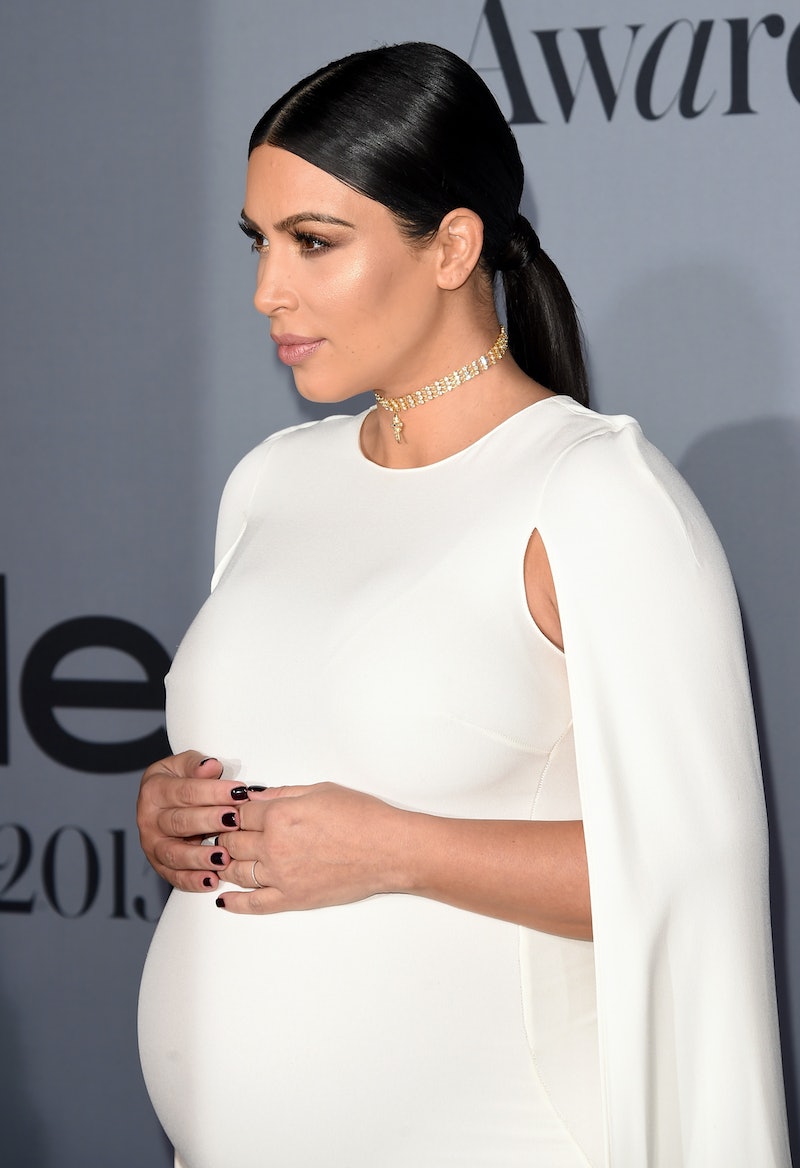 Upon installing the latest update of Kim Kardashian's Kimoji app, I was pleasantly surprised. There were plenty of gems in there, including a few that true Keeping Up With The Kardashians fans would recognize. From the beignets (which are her favorite New Orleans snack) to a gif of her hitting Kourtney with a purse (so rude!), these new Kimoji reflect signature Kim moments. In addition to surprisingly empowering options like birth control pills and tampons, Kardashian included two more Kimoji that I was excited to see. There's not only a Kimoji of a frog sipping tea, but there's also a Kimogif of Kardashian sipping tea herself. So, what does this all mean?

Before you think this is just about hot beverages and amphibians, there's much more to the story. "Sipping tea" is one of Kim's go-to Internet memes. The phrase pops up in her Instagram captions on a regular basis. For those unfamiliar, there are two possible interpretations.

The first explanation ties into the meme of Kermit the Frog sipping tea, along with the caption, "But that's none of my business." This is frequently used in scenarios where something uncomfortable or ridiculous happens, but you sit by and pretend not to notice. The usage of a Muppet seems to soften the shade, but the side-eye is definitely there. Another usage of "sipping tea" can just mean sitting by and listening to gossip — not necessarily incorporating any negativity into it.

It's worth noting that the frog-and-tea Kimoji is now purple. On a previous version of the app, I definitely remember he was green. I wonder if it's because of copyright reasons that they switched things up and made the frog a totally different color. It's almost like Kermit the Frog meets Barney the Dinosaur. Either way, that creature is quite adorable!

This also goes hand-in-hand with another Kimoji:

When Kardashian took her now-famous selfie with Kanye West's ex Amber Rose, she captioned the picture, "Tea anyone?" Clearly a reference to all of the gossip that people would spread upon seeing the image. She's conveying the idea that haters can think what they want, because she and Amber know the truth.

Kardashian also used the phrase, along with a little frog and tea cup emoji, back in September when having a girls' night with her good friend Serena Williams. See? I wasn't lying when I said she loves incorporating this meme into any captions she can.

Although some of the other Kimoji appear to have Kylie Jenner's influence, these two have Kim K written all over them. For anyone dissing Kardashian and her app, I'm sure she couldn't care less — that frog with the tea cup proves it.