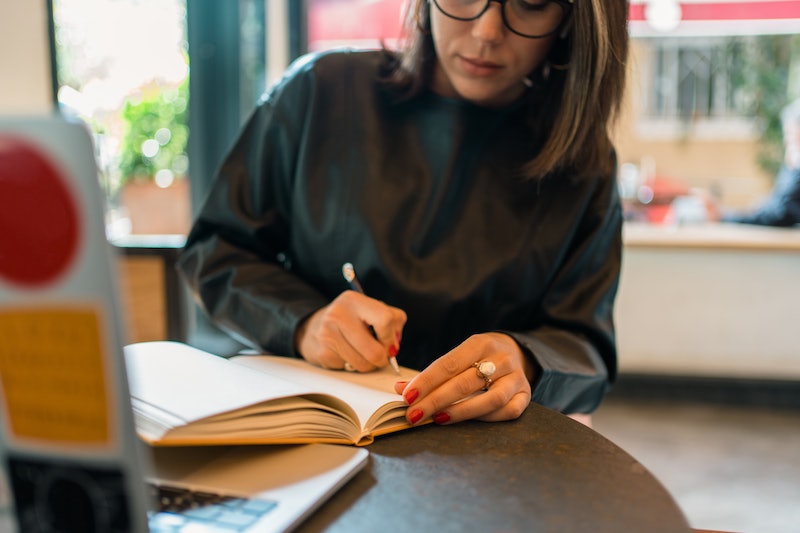 If you're introverted (or even just mostly introverted), then you don't need me to tell you that some of the same social situations that make extroverts feel more alive tend to leave introverts feeling drained and stressed out. In fact, some of the things that extroverts don't even have to think twice about — such as working in open office environments, carrying on superficial conversations, or even drinking coffee at the wrong time — can all be toxic to introverts. What's worse is, since there are so many misconceptions about introverts being anti-social weirdos, many introverts feel the need to fight their introverted nature by acting like an extrovert whether they're feeling up to it or not. (Yes, introverts can act extroverted when they need to.)

Unfortunately, this can become an endless cycle for introverts. Instead of freely indulging in the alone time they so desperately need to stay healthy, many introverts force themselves to appear more extroverted. In doing so, they end up spending way too much time participating in the kind of toxic situations that introverts should stay away from as much as possible to maintain their own happiness and health.

Though it's true that the majority of people who think they're introverts are probably actually ambiverts (meaning they require a balance of both alone time and socializing to stay emotionally healthy), ambiverts and introverts alike need to be able to interact with their world in a different way than extroverts do without feeling bad about it. So whether you're an introvert, an ambivert, or an extrovert with introverted and/or ambiverted friends, it can only help you to be aware of some of the things that can be toxic to introverts.

1. Drinking Coffee Before An Important Meeting

Lots of great health benefits have been linked to drinking coffee — like a lower risk of developing diabetes and certain cancers. That said, while coffee can be really good for us, it can also be bad for introverts when consumed at the wrong time. As New York Magazine reported back in 2014, for introverts, consuming coffee before an important event (like a meeting, a job interview, or a timed assignment) can actually cause them to perform worse than they would have if they'd waited to have their coffee until later in the day. Unsurprisingly, this is exactly the opposite of what happens to coffee-chugging extroverts. As psychologist Brian Little explained in his book on personality science, Me, Myself, and Us: The Science of Personality and the Art of Well-Being:

For an introvert, an innocent couple cups of coffee before a meeting may prove challenging, particularly if the purpose of the meeting is a rapid-fire discussion of budget projections, data analysis, or similar quantitative concerns. In the same meeting, an extraverted colleague is likely to benefit from a caffeine kick.

Furthermore, any food, drink, or medication that stimulates the central nervous system in a fashion similar to caffeine will likely over-stimulate an introvert — which is why introverts should definitely avoid them before engaging in high-pressure situations.

OK, so I'm definitely not saying introverts should avoid crowds no matter what — lots of the most exciting events, places, and even cities are going to be crowded, and if you're interested in them, you shouldn't feel like you have to avoid them just because you're introverted. On top of that, depending on your state of mind, even introverts can hold their own in a crowd.

Although I'm pretty introverted most of the time, I love attending concerts, and since I moved to NYC, I actually feel much safer in a crowd than I do in a seemingly deserted neighborhood. That said, crowds can be really rough on introverts, because they're usually so over-stimulating. Since crowds are loud, often smelly, and always invasive of personal space, they can stimulate introverts to the point of serious emotional (and even physical) discomfort. Introverts often don't feel as safe when they're surrounded by people on all sides, which can make crowds truly frightening for them.

So while I'm not suggesting that introverts should avoid crowds 100 percent of the time, it's perfectly OK to avoid crowds if you're feeling like you just can't deal with them right now. Especially when you feel like being in a crowd will put your emotional and mental health at risk.

3. Too Much Small Talk

While introverts can be really good at small talk if they need to be, they also tend to be bored, intimidated, and stressed out by it. And this doesn't mean introverts are rude or antisocial, either. Actually, introverts tend to be much better listeners than extroverts; they just don't particularly enjoy listening to, or engaging in, conversations that seem meaningless to them.

Whereas extroverts receive energy from small talk, introverts are energized by deeper, more thoughtful conversations involving fewer people. Because of this, attempting to "work the room" at a networking event by carrying on one superficial conversation after another is simply not usually a healthy or productive use of an introverts' time.

Luckily, there are plenty of tips on how to successfully network as an introvert that don't involve having the same conversations with a dozen different people in one night.

4. Going Out When You're Not Up For It

Admittedly, there have been a few times when I went out — even though I was feeling super introverted and didn't want to leave the house — and I ended up having a great time. However, generally speaking, introverts and ambiverts should avoid going out if what they really need is some alone time.

If you feel like you need to be a homebody for a couple of nights to recharge your batteries, then going out will seriously overstimulate you when you're already feeling overstimulated. So even if your friends give you grief for being "lame" and staying in too much, you shouldn't feel bad for staying home and avoiding a toxic situation that will likely result in mental, emotional, and possibly physical exhaustion for you.

Fortunately, since I work remotely, I'm one of the few mostly-introverted individuals I know who doesn't have to worry about this scenario (at least, for now). Unfortunately for all of you introverts who don't have the luxury of working primarily from home, working in open office spaces and cafes can actually be really detrimental to your well-being.

As Huffington Post reported back in 2014, introverts typically excel in more solitary fields — like writing, in-the-field natural science, and internet technology — because our natural sensitivity to stimulus makes working in offices and cafes far too distracting and overwhelming. By working alone (or at least in a quiet, secluded corner of their office), introverts can dedicate time and energy to their work, and attain the intellectual stimulation they need, without having to deal with the overwhelming working environments that stress them out and steal their focus.

More like this
So You're Having A Medication Abortion
By Dana Smith
I Was All For Medicating Mental Health Issues – Just Not For Me
By Anonymous, as told to Dana Smith
How to Help Your Parents Talk About Mental Health
By Gina Tomaine
When Your Partner Has ADHD (And You Don’t)
By Camille Beredjick
Get Even More From Bustle — Sign Up For The Newsletter