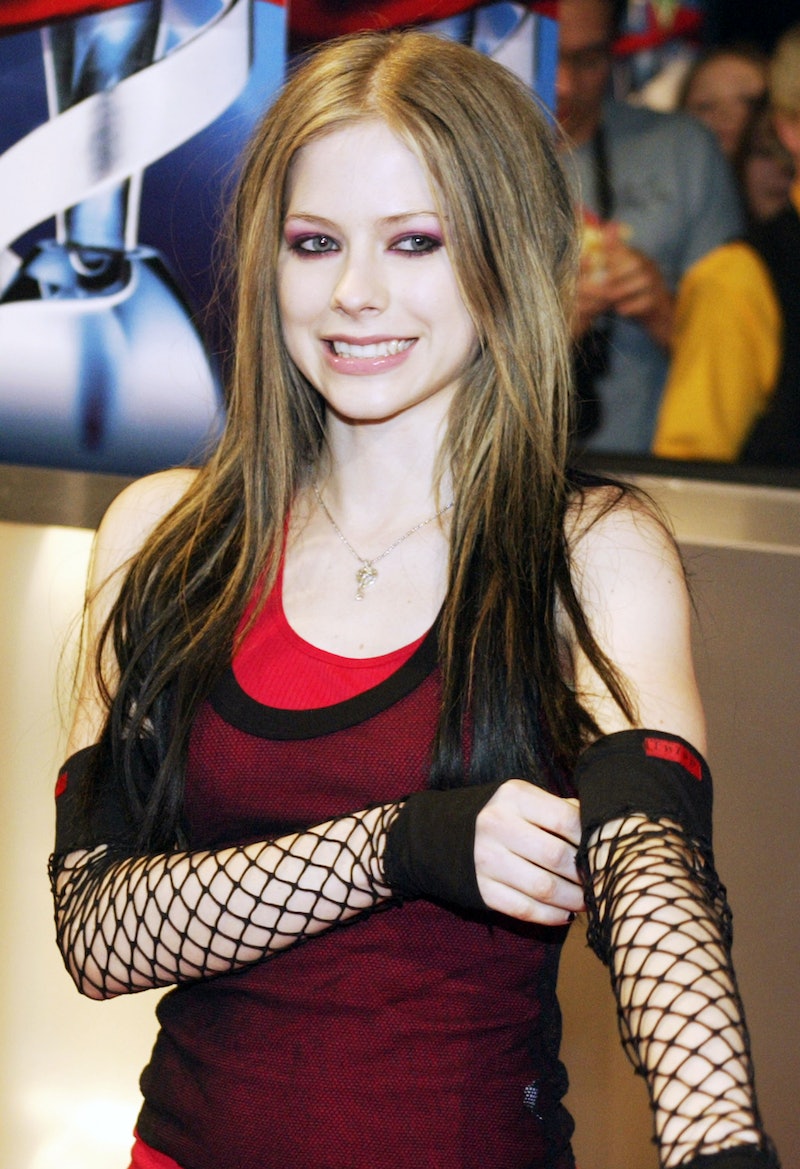 The early millennium was an experimental time when it came to alternative fashion. Usually influenced and led by music genres, early 2000s alternative girls could be pigeonholed into a myriad of subcultures depending on their tastes in music. The most popular of these subcultures was arguably the emo trend, which included wearing bangs so long you could barely see, sporting all black everything, and a hella lot of eyeliner among other memorable styles.

Of course, no one could ever forget the skater trend, led by poster girl Avril Lavigne, who made wearing ties on top of T-shirts a thing. Pop punk lovers wore their own edgy uniform while quirky scene kids were usually the lesser-known of all of the early '00s subcultures.

However, due to the general public's ignorance of teen subcultures of the time, plus the negative media attention that emo kids received, all of the above were often labelled "emo" by folks who had no clue — namely older siblings and mean high school jocks. For teens like me, who liked music from all of these genres and mix and matched fashions from across the board, it was difficult to fit into one particular subculture. That said, the awesome thing about all of these alt worlds was that they were usually pretty accepting of anybody else who was like them: an outsider.

So here's what alternative girls, who didn't necessarily fit into one particular subculture, often wore in the early '00s.

These tiny skull bracelets were super cute and a little creepy, which was perfect for our early '00s vibe.

This awesome street-wear style brand epitomized alternative '00s subcultures and gave us everything we could ever ask for.

Leaning more towards the emo or skater subcultures would usually dictate what sneakers you went for. IMO, Converse were more emo, while Vans were a little more skater and pop punk.

Combat pants evolved into octopus trousers that had all these random strips of material hanging off the pant legs. Although they likely make us cringe now, at least they were fun to twirl in.

Wearing a faux bullet belt in the early 2000s meant you were really hardcore and that you probably liked Bullet For My Valentine.

In the early '00s, Atticus was founded by two members of Blink-182 (along with their friend) and that was enough for us to want everything from the line.

Although non-alternative kids would whisper behind their hands, discussing the reasons why we might be wearing these, the truth was that we just really liked them.

Unless your parents were majorly laid back, you probably weren't allowed a real nose or lip piercing. These faux hoops came in handy for gigs, so you could pretend you were way cooler than you actually were.

Cartoon character Emily The Strange was basically an icon for alternative girls everywhere. Plus, the fact that the clothing line's designs often included Emily's cats cemented our love of this brand.

We'd hit up the bead section at our local craft store and then carefully create the perfect bracelet for our crush, our BFF, or for ourselves. The bracelet needed to say something witty or contain lyrics from our favorite song. The more irony the better.

Any kind of quirky hair bow would send us soaring to the top of the list of cool alt girls. Most popular bow designs encompassed our favorite bands, anything slightly morbid, or popular cartoons of the time.

Black or neon pink gloves were one of the hottest accessories amongst alt kids in the early '00s. They definitely put style over function, because there was no way these gloves were going to keep us warm in winter.

There was something so fun about Julius The Monkey and his host of cartoony friends. Paul Frank threads were worn by alternative girls and boys alike.

Before animal ear headbands were in, we wore animal ears on hoods and occasionally on hats. If the design made a pop culture reference to our favorite movie or TV series, this was an added bonus.

Perhaps you got rid of these gems long ago, or maybe they're still hanging in your wardrobe. Whether you've still got them or not, it's safe to say these garments and accessories defined a group of alternative girls in the early '00s that did not wish to define themselves or fit into a box. That alternative mindset is still cool — even if the clothes aren't.