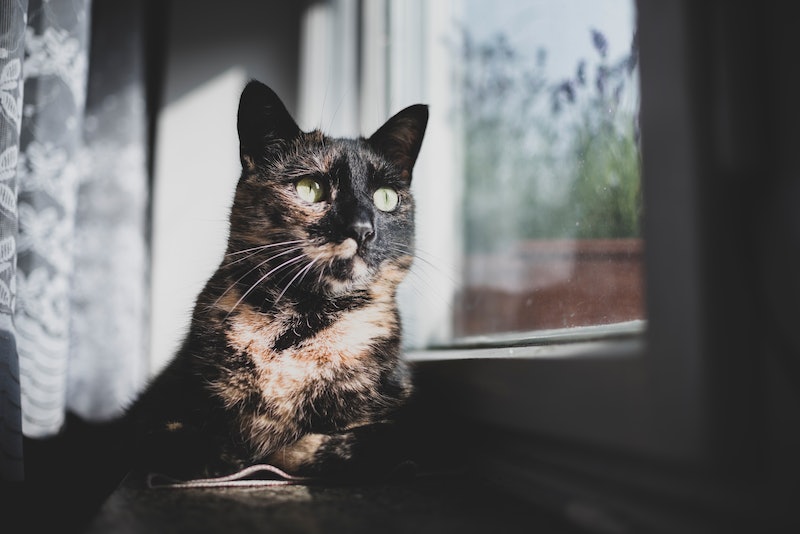 If you’ve ever caught yourself wondering, “what type of animal am I?” then we have at least one thing in common. I, too, have often wondered what kind of animal I would be if I weren’t a human. Personally, I’ve always kind of dreamed that my animal type would be some gorgeous, strong, ridiculously fast-running jungle cat. I’d also be OK with being told my personality matched up with one of those long-necked dinosaurs that only ate plants but was way too big to be taken down by velociraptors. According to the Myers Briggs test, however, I’m actually neither of those creatures. (But it’s cool, because I’m wolf instead!)

The Myers Briggs test (which I wasn’t too familiar with until I started researching for this article) is all about representing your personality by measuring how you socialize, how you make decisions, how you take in your surroundings, and what your preferred lifestyle happens to be. The first letter of the Myers Briggs test represents whether you’re mostly introverted or extroverted. (I for introverted or E for extroverted.) The second letter represents whether you take in new information based on your senses alone, or if you add meaning to new info based on your own intuition. (S for sensing or I for intuition.) The third letter reveals whether you make the bulk of your decisions based on logic or emotion. (T for thinking of F for feeling.) And the last letter is all about whether you like your life to be structured or wide open. (J for judging or P for perceiving.)

Now that we’ve gone over the basics of how Myers-Briggs works, take the test, or at least take a second to figure out which letters sound the most like you, and then read on to figure out what type of animal you are. Have fun!

Not unlike the fastest land animal in the entire world, (75 mph, yo!) ESTP personality types are super active and spontaneous. They're incredibly aware of what's going on around them — both physically and emotionally — and are able to respond quickly to their surroundings. Perhaps because of this, ESTPs can be manipulative, but they can also be some of the most caring and generous friends you'll ever find. Plus, they're charismatic as all hell. An ESTP's top priority is to have a good time, and they're always up for new adventures.

Like most kitties, ISTP personality types are usually super introverted, and they give very few f*cks about what other people think of them. This doesn't mean they aren't curious about other people, though; it just means they need plenty of alone time with their thoughts. And, you know, to explore cardboard boxes and knock glasses off of tables.

ESTJs are assertive, organized, natural-born leaders who don't typically let emotions cloud their judgement. On top of that, they're loyal AF, and put providing for their loved one's above everything else. If you attempt to silence an ESTJ, you're definitely going to hear them roar.

Although they can sometimes be a tad oblivious to the emotional needs of the people around them, ISTJ personality types can still make excellent friends. (And dams, apparently.) ISTJs apply the same amount of dedication, hard work, and earnestness to their relationships as they do to their jobs — so even if they're unintentionally insensitive toward you, they're going to try really hard to fix it. Plus, you won't ever have to bail them out of jail, because they're infamously sensible people, and their sh*t is pretty much always together.

You know that girl you went to college with who is now a freelance dancer/stand-up comic/folk-singer-on-nights-and-weekends? Yeah, she's most certainly an ESFP. Just like the seals at your local zoo, ESFP personality types are natural-born performers who have no problem living in the moment. ESFPs are the most extroverted extroverts — they truly just want their lives to be as fun as possible.

Possibly the most stereotypically stoner-y of personality types, the ISFP is mega chill. This doesn't mean ISFPs don't care deeply about who's going to win the 2016 election, it just means that they don't feel compelled to fight about which candidate they support or why they support them. ISFP's are lovely friends to have, too, because they're very considerate, peaceful, and easy to be around. ISFP personality types don't rush the present or dwell on the future, preferring to take life one moment at a time.

If you're empathy game is next-level, you respect authority, (most of the time, anyway) and you want everyone around you to be happy and healthy, then your animal type is probably a horse. Due to their dependable nature, their love of harmony, and their tendency to learn from their past mistakes, horses are said to possess the ESFJ personality type. If all these traits sound familiar to you, then you're basically a horse personified — and that's a good thing.

Just like the cutest animal you've ever almost hit with your car, (by accident, of course) ISFJ personality types are super sweet and introverted. ISFJs care deeply about the comfort and overall well-being of the people around them, and they tend to develop strong emotional connections to their past experiences — both good and bad. So if you're a total sweetheart who's still dealing with some residual trust issues from a relationship that ended years ago, then you might be a deer, and that's more than OK.

Because ENTJ personality types are very socially active but have absolutely no fear of confrontation, their animal type is pretty much always going to be a bear. ENTJs are strong people who like to be in control of their surroundings, and they're almost as good at pushing others to succeed as they are at achieving their own goals. Basically, ENTJs are kind of like the Paris Geller's of the world — and we all end up loving them for it.

Minimalist and introverted, INTPs and owls are basically exactly the same in every way when it comes to personality traits. INTPs need an enormous amount of alone time to lead their inner lives, and owls are mostly solitary hunters. INTPs are also highly intelligent, and they're almost always in their own head — even when they're with friends. Like owls, INTPs are independent as all hell, and not prone to materialism. As long as they have plenty of solitude, a cozy nest to relax in, and everything they need to survive, INTPs are typically content.

If being alone is really not your jam, you love making people laugh, you enjoy being creative, and you get bored super easily, then you're basically a dolphin. Just like dolphins, ENFPs are the bubbliest folks you'll ever meet. To an ENFP, spending a Sunday exploring new places, meeting new people, and seeking out new opportunities is pretty much the best thing ever.

The INFP personality type is known for having a quirky sense of humor, an unyielding internal compass, and an active imagination. On top of that, INFPs are incredibly loyal and caring toward everyone they let into their lives, making them essentially a Slow Loris in human form. And if all these traits sound really familiar to you, then you might be one, too.

If you're anything like me, then you're not an ENFJ, but you probably wish you were. Not unlike dogs, ENFJs are pretty much everyone's best friend. ENFJs are loyal, (sometimes to a fault), extremely affectionate, super social, and incredibly empathetic. ENFJs care more about the happiness of their people than they care about themselves. Like dogs, ENFJs are always thinking about how their actions might affect the people around them. So if you're an ENFJ, then good for you, you awesome human.

According to Myers Briggs, I'm a wolf. I'm not unhappy about this, of course, because wolves are clearly total badasses. That said, I don't love that being an INFJ means I have a difficult time opening up to people, (sometimes even after I've known them for 20 years, just ask my boyfriend) but it does please me that INFJ's are also known for being powerful, independent yet affectionate, and remarkably insightful. I also can't deny that INFJ's tend to be monogamous creatures, because I really enjoy the whole one-man-at-a-time thing. If you feel me on most of this, then you're probably an INFJ, too. If that's in fact the case, then I think we should go ahead start our very own pack. Because wolves.

If you're super smart and you know it, and you've also been called "mysterious" with some frequency, then your animal type is likely an octopus. INTJs have been criticized for being too aware of their own intelligence, and their disinterest in the details of others' lives adds to that perception. But to an INTJ, this behavior isn't meant to be taken personally. It's just one of many side effects of being a total boss who has zero time for drama, and very little time for other people.

You remember that person you dated back in college who was so charming and smart that you dated them for way too long? Yeah, they were probably an ENTP. Like every fox in every animated film you've ever seen, ENTP personality types often use their wits and charm to talk their way out of things. On the upside, though, both foxes and certain ENTPs are stunning to look at. They also possess the energy, charisma, and intelligence to become some of the world's most amazingly dynamic leaders.

More like this
Why A Libra & Capricorn Couple Will Have A Difficult DTR Conversation
By Kristine Fellizar
How September's Mercury Retrograde Will Affect Your Sign's Sex Life
By Kristine Fellizar
The 19 Best Tweets & Memes About Bisexual Awareness Week
By Lexi Inks
Why Harry Styles & Olivia Wilde Make A Great Couple, According To Astrology
By Nina Kahn
Get Even More From Bustle — Sign Up For The Newsletter