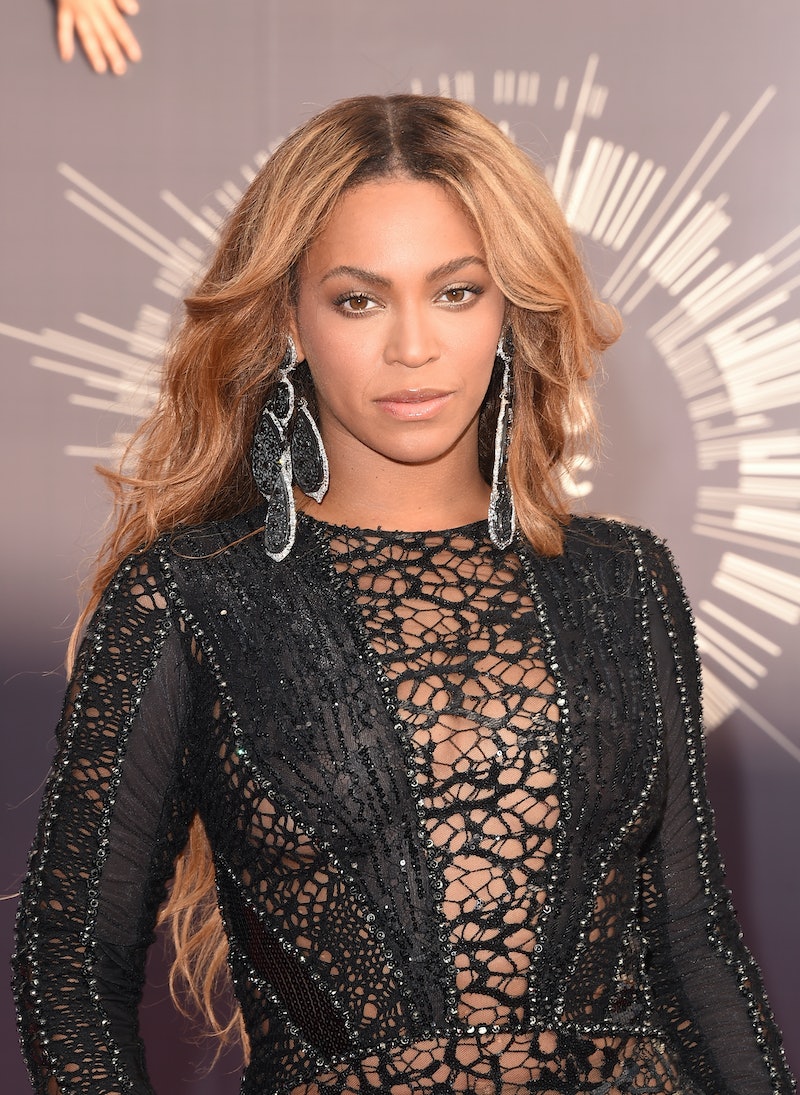 I'm about to say something that may cause Beyoncé fans to freak out, but I've gotta ask: Are we too obsessed with Queen Bey? After all, the fact that we call her that may very well answer the question right off the bat. Don't get me wrong, I love her music as much as the next person and I definitely downloaded her visual album as soon as it came out. I'm also a huge fan of her "Who runs the world? Girls!" message. But there are way too many headlines about her lately and it seems like we've gone a bit overboard. Is she pregnant? Is she not? Is she getting divorced? Oh, J/K! Never mind. Did she drink champagne? Did she eat breakfast? Oh, is that a new nail polish?

Before you send the Beygency after me, let's just think about how much of a monopoly Beyoncé has on our news. Everyone freaked out over the weekend at the potential Bey Z pregnancy rumors. But nope, a few days later, there are photos of her drinking champagne. So maybe not? Of course baby news is exciting, but before we all get worked up about it, it's probably worth waiting until it's definite. Sure, the rumors started because of the couple themselves (Jay Z suspiciously changed some lyrics during one of their Paris concerts), but now I feel like they're just messing with us because they know we'll give in.

Even Beyoncé's father made comments about how Bey and Jay have been trying to up ticket sales. He claimed the elevator fight was staged and that maybe even the divorce rumors were too. If it was just a marketing scheme, mission accomplished. Everyone seems to obsess over any clue of whether or not anything about Beyonce and Jay Z is actually true. And with so much going on in the world, I just think we could focus our energy elsewhere.

To prove my point, here are five times Beyoncé fans went too far:

This girl's email to her professor

Sure, she told BuzzFeed she didn't mean to actually send the email and it was an accident. Either way, let's calm down please. A national holiday? Really?

The loss of Joan Rivers was tragic and definitely not the time to make it about Bey. But still, fans did anyway. There were claims Beyoncé had the Illuminati kill Rivers. Oh, totally logical... not. #BeyonceKarma

Sorry, Kanye. Five years later and I'm still not over this VMA moment. Plus, it's not like you've totally cleared your name since then. (Um, that recent wheelchair concert incident? Enough said.) Beyoncé fans (Kanye included) should mind their manners and let others have their moments to shine too.

Petitioning For Bey To Avoid The KimYe Wedding

Back in November, fans signed a petition titled "BEYONCE CANNOT ATTEND KIM KARDASHIAN'S WEDDING." (Yes, it was written in ALL CAPS.) According to the petition starter, it was a joke. But fans didn't take it as such, writing pretty mean comments and actually signing it.

A year ago, a fan tried to pull Beyoncé off the stage during a concert in Brazil. Sorry, random concert-goer, but the show is for all of her fans. Not just you! Let's leave her alone, huh?

Sure, these may be extreme examples — and I'm not opposed to Bey themed meals at restaurants (I could go for a bowl of "I Am Pasta Fierce" right now). I'm just saying maybe we should relax a bit. There are plenty of other worthwhile things happening in the news, not just the "are they?/aren't they?" Beyoncé and Jay Z stories that dominate headlines on a daily basis.