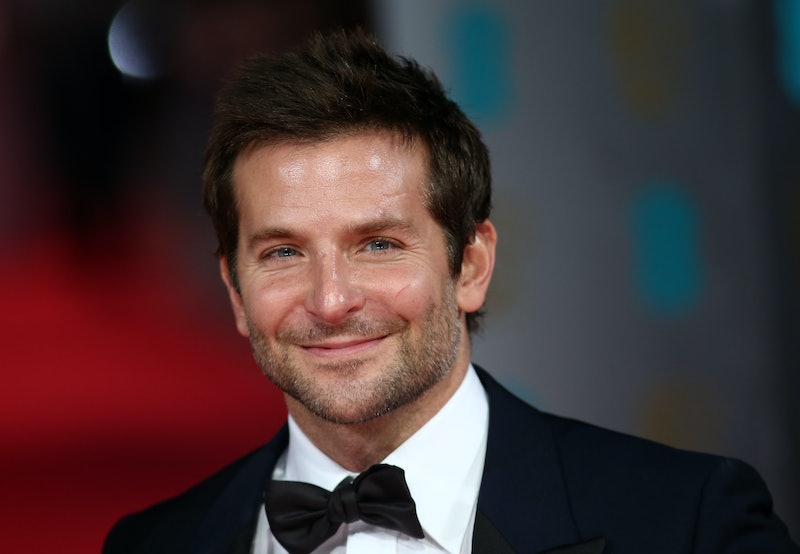 Practically any time a magazine decides to rank individuals on a list, there's bound to be controversy. Sometimes it's the person chosen for the number one spot (remember Gosling-gate?) while other times, it's the absence of people many felt were worthy of being included. Time 's 100 Most Influential People list, the 2015 edition of which was released on Thursday, isn't excluded from the debates; sure, listing major powers like President Obama and Pope Francis makes sense, but why, many are asking, did the magazine include celebrities like Bradley Cooper and Chris Pratt?

The confusion is understandable. A "most influential" title implies that the people honored aren't simply famous or well-liked, but that they've contributed something to society and altered our culture in some tangible way. To many, some of the celebrities Time chose to include, like Amy Schumer and Reese Witherspoon, might not seem to fit that description. Yes, they're respected and successful, but what have they done to make them influential?

The answer is: a lot more than you think. Although some of the stars on the list might deserve their honors a bit more than others, every one of them qualifies for influential in a notable way. Here's what each celebrity on the Time 100 list has influenced:

Even critics of the rapper have to acknowledge that he's had a major influence on our culture. Between his superstardom, his albums, his fashion designs, his awards show-interrupting, his viral interviews and more, West has become one of the most vocal and omnipresent stars in the world; when he talks, people listen. Whether he deserved the cover spot is another debate, but there's no question that West is a hugely influential figure that's constantly changing what we see, hear, and buy. To quote the (not exactly modest) musician himself, "it’s like Before Yeezy and After Yeezy. This is the new Rome!”

Emma Watson has used her celebrity to make major advances for feminism, starting the HeForShe campaign and speaking at the U.N. She knows she's one of the most visible faces in the world, and she brilliantly uses her podium to spread her feminist beliefs and thoughts on gender equality to her millions of fans.

Simply running Saturday Night Live would be enough reason for Michaels to get included on the list, but the comedy legend also produces Late Night, The Tonight Show, and Portlandia, and previously produced 30 Rock and Mulaney. TV simply wouldn't be the same without him.

The Icelandic musician has been called one of the best singers of all-time, and her impact on music goes further than just her remarkable voice. She's inspired countless other artists, has sold millions of records, and, this year, will become one of the few musicians ever to have a retrospective exhibition dedicated to her at MOMA.

Like her husband, Kardashian is an unmissable presence in pop culture. In the past few years, her fame has expanded to far more than just her TV shows; she's covered Vogue, created a hugely successful app, and appeared in practically every magazine, newspaper, or website in existence, breaking the Internet along the way. She's redefined the standards for celebrity, and while many may not approve, it's clear that her supposed "15 minutes of fame" aren't drying up anytime soon.

As recently as three years ago, Witherspoon was in a slump, starring in one box office bomb after another. Today, she's one of the most in-demand actresses working, thanks to a string of indie hits like Mud and Wild, the latter of which earned her an Oscar nod. It's not the acting, though, that truly makes her influential, but her work behind-the-scenes, which includes producing Wild, Gone Girl, and the upcoming Hot Pursuit: bold, female-driven movies that advance feminism and kill at the box office.

Of all the stars Time decided to honor, Cooper might be the most questionable choice. Sure, he's an Oscar-nominated actor, but is he really influential? Actually, yes; he's produced many of his biggest hits, including Silver Linings Playbook and American Sniper, meaning that it's due in part to Cooper's efforts that these films hit audiences and made the enormous cultural impact they did.

Cox's inclusion on the list is a no-brainer; the actress and activist is the current face of trans rights, whether it's through her work on Orange is the New Black or her groundbreaking Time cover story. She's educated audiences on trans terminology, produced trans-focused documentaries, and, most recently, appeared nude for Elle magazine in order to inspire others like her.

It may not have won the Oscar, but without question, Boyhood changed the way filmmaking is done and how it's viewed. And that's all thanks to Linklater, who spent 12 years making the already-iconic film.

Amy Schumer is changing the game, one jaw-dropping skit at a time. Her comedy is bold, feminist, and hilarious, and it's no surprise directors like Judd Apatow are dying to make her a star. She also speaks frequently about issues of body acceptance and societal norms, influencing how the public views female celebrities and their bodies.

Like Richard Linklater, Christopher Nolan is changing the art of filmmaking. His movies, including 2014's Interstellar , have combined big-budget theatrics with small, thoughtful storytelling, making him the rare director capable of creating movies guaranteed to bring in both audiences and critical raves. A Christopher Nolan production is more than a film — it's an event.

Margulies both stars in and produces The Good Wife, now in an acclaimed sixth season. She's also a huge advocate for women's rights, helping to pass the sexual abuse prevention bill Erin's Law and speaking openly about feminist issues.

Last year, Daniels — a black, gay filmmaker — made The Butler, an enormously successful and acclaimed Oscar-nominated movie. How to top it off? By co-creating Empire , the biggest, craziest, and most groundbreaking new TV show of the year. With this pattern, 2016 should be insane.

At first, Pratt's inclusion might seem a bit like Bradley Cooper's; he's a talented actor, but an influential one? Yup. As his former Parks co-star Amy Poehler wrote, Pratt is America's "next big movie star." That means more than just starring in a bunch of good movies; it means telling our stories and leading our culture.

By creating Transparent, Soloway brought trans and feminist issues to the forefront of our culture. Her work is groundbreaking, and her vision extraordinary.

McDonald has won more Tony Awards than any other actor, but it's her activism, in the areas of gay marriage, animal abuse, and the homeless, that makes her influential. She makes her voice heard through protests and op-eds, using her large social media presence to spread awareness.

It's easy to underestimate Kevin Hart, but the comedian is the biggest stand-up act in the country. His movies become blockbusters and his shows consistently sell out, and comedians from Chris Rock to Will Ferrell have jumped at the chance to work with him. Simply put, Hart is changing comedy.

Moore's Oscar-winning role in Still Alice brought much-needed awareness to Alzheimer's patients, but her influence extends outside of Hollywood. She's the author of several children's books, is on the board of Planned Parenthood, and advocates for LGBT rights.

One of the nation's most popular musicians, McGraw has used his fame to promote the causes he loves, including community sports and music programs. He's expanded the reach of country music, and has influenced countless other artists, perhaps most notably Taylor Swift.

John Oliver's Last Week Tonight is only a year old, but already, it feels like an institution. The host's humor is sharp and relevant, a pitch-perfect addition to the late night line-up that audiences didn't know they needed.

Taylor Swift is everywhere, and it's not without merit. The singer is the biggest influencer in her industry, changing how we label genres and how we get our music. She's also notable for taking advantage of her stardom in a brilliant way, creating her own image and telling the media only what she wants them to hear. Swift is one of the biggest celebrities on the planet, and her influence on our culture is only continuing to grow.