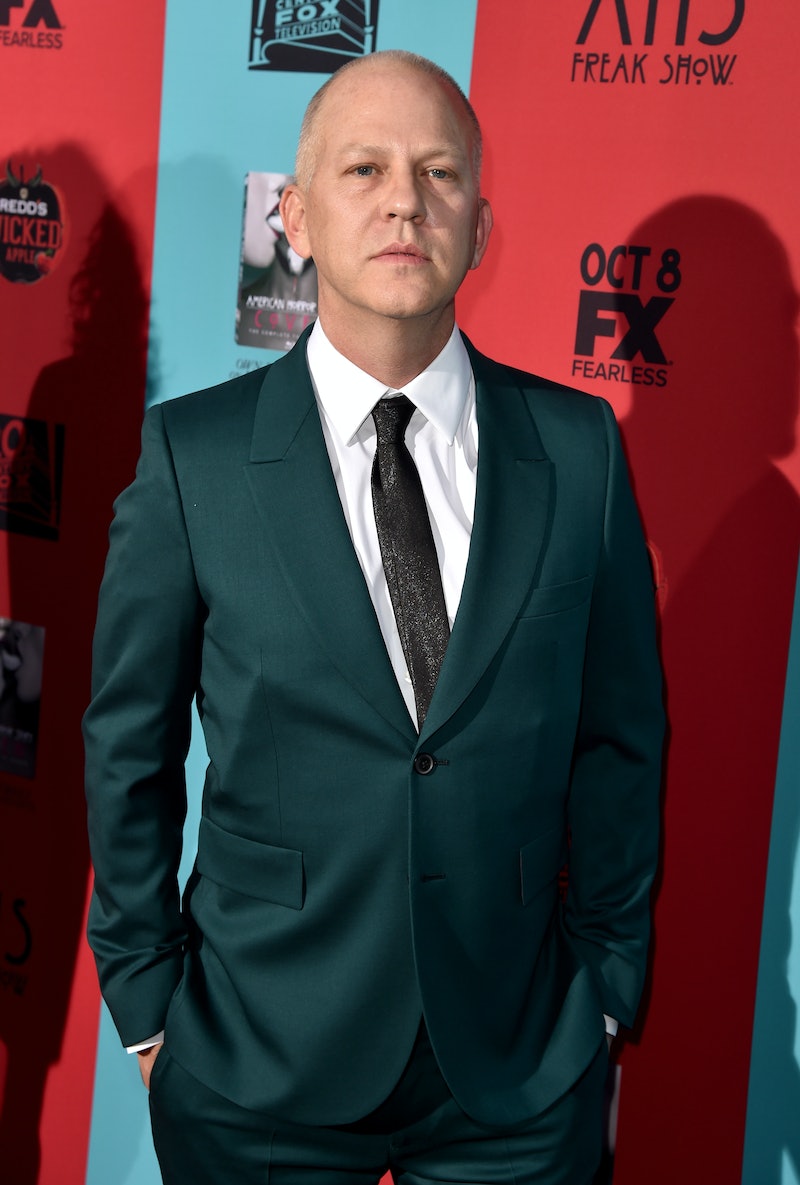 There’s no stopping him now. Another TV show from the creative mind of Ryan Murphy is headed to small screens this summer — and with a familiar blueprint. American Horror Story spinoff American Horror Stories premieres in July, per Deadline. Word of the upcoming FX anthology series first broke in May of 2020, with Murphy confirming that same month on Instagram that production for the show was happening.

The last American Horror Story tale centered around five friends destined to fight for their lives as camp counselors on AHS: 1984, and the upcoming AHS: Double Feature will take fans to the sand and sea. So, what blood-curdling threats will American Horror Stories bring for viewers? And will any favorite past AHS stars show up to play a different, mysterious character? (Evan Peters, we’re looking at you.) Here’s everything we know about the spinoff.

The plot of each episode of American Horror Stories isn’t fully known just yet, but a “different story” will be told within each installment. These episodes will also be “stand-alone” ghost stories, which will make it an easy-to-watch option for anyone who simply can’t commit to another full series.

The first full-length teaser clip for American Horror Stories, which dropped on June 23, at least gives a bit more insight into the terror viewers will witness with each story. For anyone who remembers the infamous Rubber Man from AHS: Murder House, the video shows “Rubber Woman” leading viewers into a spine-tingling underworld. Fast-moving images including an operating table, a woman holding a baby, another woman with multiple arms, three possessed girls, and a brutish man wielding an axe are featured in the trailer. It certainly looks as though fear has definitely taken a new form in Murphy’s spinoff.

On July 8, FX on Hulu dropped the first official trailer, and the line describing one of the new settings as “Amityville Horror on crystal meth” gives a bone-chilling sense of what to expect. The trailer goes on to tease a murderous Santa Claus, hundreds of spirits, and the “so many wonderful ways to make people suffer.”

Will Any Other Recurring AHS Actors Appear?

The American Horror Story franchise is known for welcoming recurring actors in different roles for each show. But, fans will just have to wait and see if more longstanding AHS collaborators such as Evan Peters, Emma Roberts, or Lily Rabe will emerge on American Horror Stories.

While AHS regular Sarah Paulson isn’t confirmed to show off her impressive acting skills in American Horror Stories, she has been tapped to helm an episode or two. She expressed just that during a panel for Netflix’s Ratched. “I’ll be directing something,” she stated.

And even though Jessica Lange did say that she was done with AHS for good, here’s hoping that Constance Langdon surprises everyone with one final petrifying go.

American Horror Stories is slated to premiere with two episodes on July 15 and end on Halloween. As TVLine reported, there will be seven episodes total, and they’ll drop on Thursdays, with the first couple making their debut on FX on Hulu.

This post will be updated with additional plot and cast details as more information on American Horror Stories becomes available.

More like this
Here’s Why Danny Masterson’s Hyde Isn’t In 'That '90s Show'
By Brad Witter
Pamela Anderson’s Dating & Marriage History Could Be Its Own TV Series
By Jake Viswanath
'The Crown' Season 6 Has Suspended Filming "Out Of Respect" For The Queen's Death
By Bustle Staff
Wait, Is Barney Stinson Related To Sophie On 'HIMYF'?
By Gretchen Smail
Get Even More From Bustle — Sign Up For The Newsletter
From hair trends to relationship advice, our daily newsletter has everything you need to sound like a person who’s on TikTok, even if you aren’t.