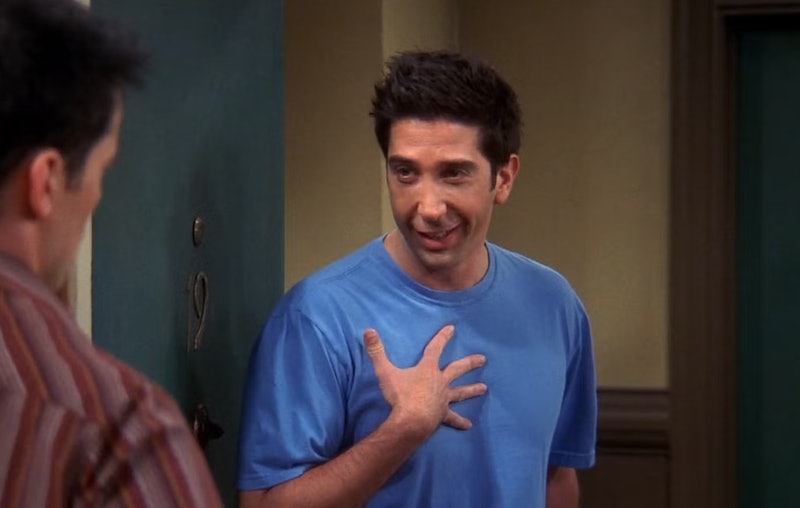 In the age of box sets and streaming, you’d struggle to find a Friends superfan who hasn’t rewatched every single episode of the hit ‘90s sitcom. Although, not everyone is quite so familiar with the beloved series – including the cast themselves. It might come as a surprise to some fans to learn that David Schwimmer doesn’t remember filming a classic Friends episode.

The revelation came to light during the HBO Max Friends reunion special in 2021, which saw the cast reunite on the show’s original set, a string of celebrity cameos, the recreation of an iconic scene, Lisa Kudrow and Lady Gaga’s “Smelly Cat” duet, and much more.

During the emotional reunion, Jennifer Aniston (aka Rachel Green) recalled a much-loved episode while catching up with her former co-star Schwimmer (Ross Gellar). Although, per the Independent, it soon became clear the actor wasn’t at all familiar with this particular episode.

“The episode where you guys were throwing a ball, and the whole time you couldn’t drop the ball,” Aniston explained, to which a rather perplexed looking Schwimmer responded, “I don’t remember.”

The episode in question was season five’s “The One with the Ball,” during which Ross and Joey Tribbiani, played by Matt LeBlanc, throw a ball back and forth to each other for hours to see how long they can keep the game going. Unlike Schwimmer, Friends stars LeBlanc and Matthew Perry (known by fans as Chandler Bing), did remember the episode, which originally aired in 1999.

Many viewers were shocked by Schwimmer’s reunion confession, especially since “The One with the Ball” is deemed such a favourite among fans.

Speaking ahead of the Friends reunion in 2021, Schwimmer’s co-star and onscreen sibling, Courteney Cox, also revealed that she has a “bad memory” when looking back on her time filming the hit sitcom. In an interview with Today, Cox, who played Monica Geller in the series, joked that she should have “watched all 10 seasons” to prepare for the HBO Max reunion.