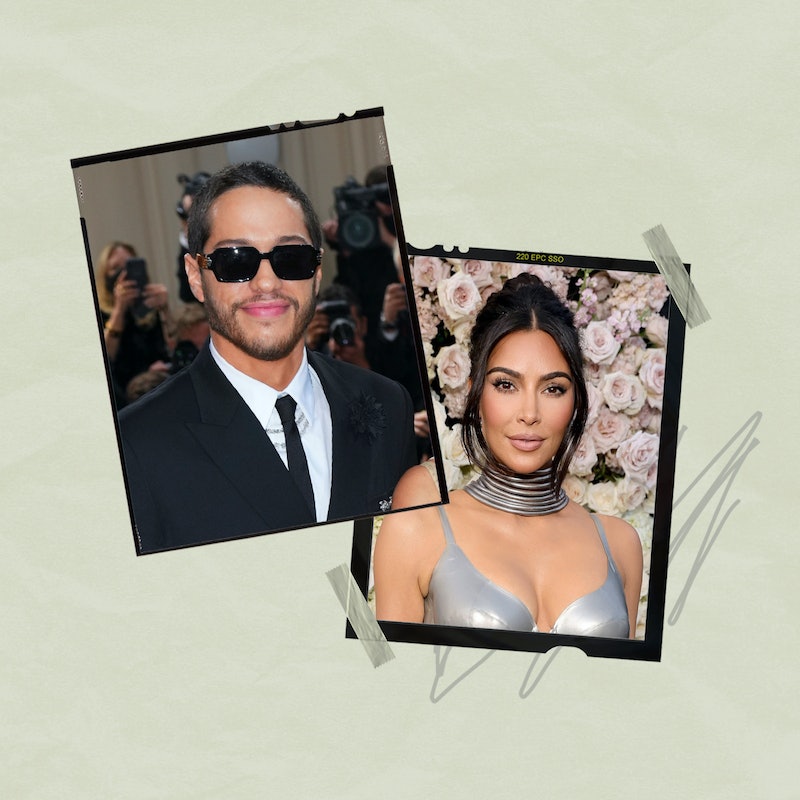 Nothing in life is permanent, not even permanent ink. Just ask Pete Davidson. The Saturday Night Live star has a lot of tattoos. Four in particular made waves last year: those inspired by his ex-girlfriend Kim Kardashian. Well, it looks like those are now gone.

Over the weekend, Pete Davidson was spotted enjoying the beaches of Hawaii with rumored girlfriend Chase Sui Wonders. The pair first spurred dating speculations after being spotted in a series of hangouts last December. But after the two were snapped on their Hawaiian vacation, fans couldn’t help but notice the Kardashian-related emblems missing from the Saturday Night Live alum.

The King of Staten Island star dating the Skims founder after her October 2021 guest-hosting gig on SNL post-split from Kanye West. And despite her ex-husband’s public lambastings, the two continued to display their relationship on Instagram and at events. Their romance (and shared showers!) even made it to Season 2 of The Kardashians. After 10 months together they amicably broke up in August 2022.

While both have moved on since — Kim is in her “happy era” while Davidson dated Emily Ratajkowski soon after and, now, Wonders (reportedly) — there were very glaring remnants of his Kardashian fling. Namely: at least four tattoos fans know of. A “Jasmine” and “Aladdin” tattoo commemorating their first kiss during an Aladdin sketch on SNL; a “KNSCP” on his neck, which fans believed to represent the initials of Kim and her kids North, Saint, Chicago, and Psalm; a “KIM” “branding” on his chest; And a “My Girl Is a Lawyer” tatt on the star’s collarbone, which Kim told Ellen DeGeneres was her “favorite” and “really cute.”

Back in October, a People report pointed out that Davidson may have already begun the tattoo removal process after a bandage on the same spot as his “My Girl Is a Lawyer” tattoo peeked through his shirt. And fans were already speculating that he would get them removed via laser following their August split. It seems like they were right.

More like this
Kim Kardashian Gives “Bucket List Dream” Lecture At Harvard
By Alyssa Lapid
North West Will Make Her Acting Debut Alongside Mom Kim Kardashian
By Radhika Menon
Everything You Need To Know About Kanye's Post-Kardashian Dating Life
By Bustle Editors
Khloé Kardashian Writes Touching Instagram Tribute To Tristan Thompson’s Mother
By Alyssa Lapid
Get Even More From Bustle — Sign Up For The Newsletter
From hair trends to relationship advice, our daily newsletter has everything you need to sound like a person who’s on TikTok, even if you aren’t.