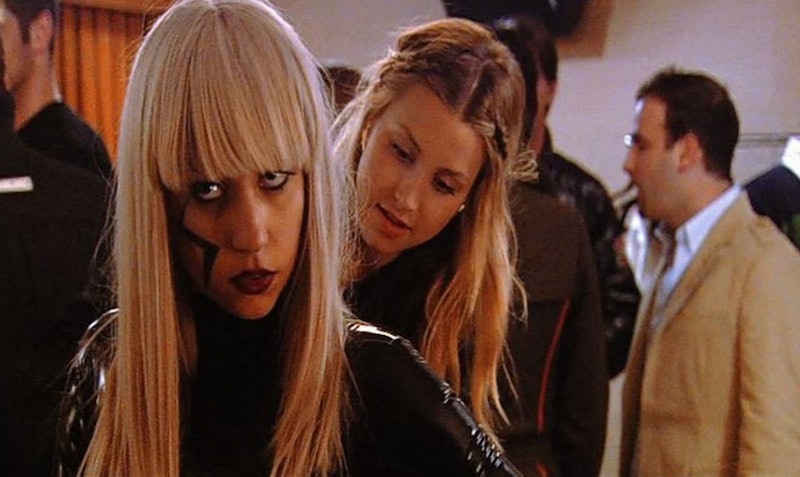 The Hills may have launched its young stars to TV fame, but they weren't the only famous faces to appear on the iconic reality series. There were plenty of celebrity cameos on The Hills throughout its six-season run — including some that, all of these years later, you may have forgotten about. Or didn't even register the first time around.

Often, celebs popped up because of the cast members' jobs: Lauren Conrad and Whitney Port worked at Teen Vogue for many seasons, Heidi Montag did PR with Brent Bolthouse, and Audrina Patridge worked for Epic Records. As The Hills went on, the stars became celebrities themselves, attending events as invited guests instead of working them. Sometimes, it was easy to blink and miss a famous person walking by on a red carpet. Other times, a star was a part of the plot line during the cast members' work tasks.

As eagle-eyed fans might recall, actor Lily Collins made her first Parisian TV appearance on the hit reality series, Lauren and Whitney famously helped Lady Gaga with a wardrobe malfunction when she was still an up-and-coming artist; Kim Kardashian chatted with her then-stepbrother Brody Jenner at Heidi and Spencer Pratt's housewarming party; Vanderpump Rules star Tom Sandoval showed up for a Teen Vogue swimsuit casting when he was still an unknown model trying to make it in Los Angeles, and his co-star Scheana Marie appeared in multiple episodes during show's fifth season as a friend of Stacie Hall's, aka Stacie the bartender.

Find all the celebrity cameos from MTV’s The Hills, below.

More like this
Joey Essex Is Rumoured To Be Dating A 'Love Island' Favourite
By Sam Ramsden
'Love Island' Has Added Yet Another Bombshell To The Villa
By Bustle UK
Twitter Has Renamed Ekin-Su After *That* 'Dancing On Ice' Performance
By Sophie McEvoy
This Pre-'Love Island' Video Of Olivia & Zara Together Changes Everything
By Bustle UK
Get Even More From Bustle — Sign Up For The Newsletter
From hair trends to relationship advice, our daily newsletter has everything you need to sound like a person who’s on TikTok, even if you aren’t.