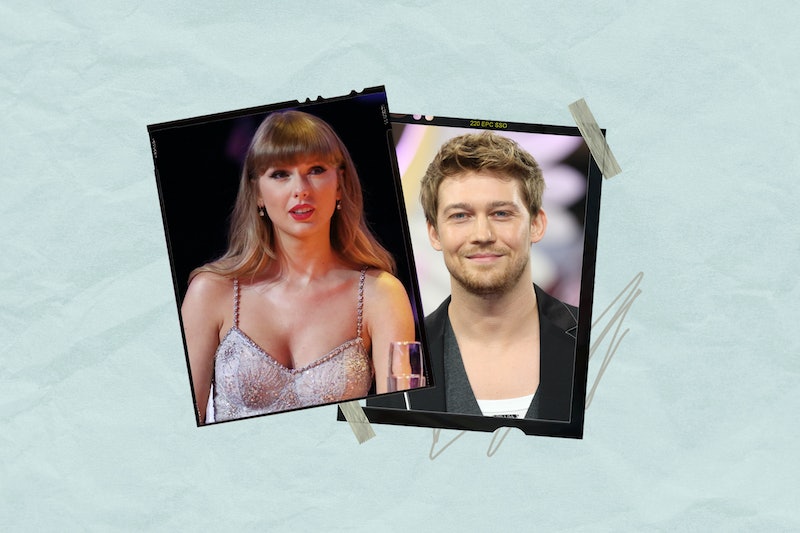 Fans have often wondered, and speculated over, whether Taylor Swift is engaged to Joe Alwyn, her long-term boyfriend. It would, after all, give her a whole new chapter to write catchy love songs about. As such, when Swift released her tenth studio album Midnights on cue at midnight on Oct. 21, many were looking to spot clues about the couple’s relationship. Now, while nothing was explicitly confirmed either way about an engagement, there are plenty of lyrics that undoubtedly appear to mention the couple’s life together.

For starters, Swift and Alwyn co-wrote the album’s penultimate track “Sweet Nothing,” making it their sixth song together. Alwyn worked on several tracks with Swift for her surprise albums Folklore and Evermore, writing under the pen name William Bowery. The singer confirmed it was Alwyn in her Disney+ feature Folklore: The Long Pond Sessions. In “Sweet Nothing,” Swift sings about a loved one, seemingly Alwyn, being her safe space. She says: “They said the end is comin’. Everyone’s up to something. I found myself running home to your sweet nothing.”

Meanwhile, in the track “Karma,” Swift seemingly makes reference to her battle with Scooter Braun over the right to her master recordings. She says: “You’re talking s**t for the hell of it. Addicted to betrayal, but you're relevant.” But amid the anger, Swift includes a tender reference, which fits the description of her actor boyfriend. “Karma is the guy on the screen, coming straight home to me,” she sings.

In the song “Mastermind,” Swift seemingly reflects on the chaotic first meeting her and Alwyn shared at the 2016 Met Gala. “What if I told you none of it was accidental. And the first night that you saw me, I knew I wanted your body?” she sings. “I laid the groundwork and then, just like clockwork, the dominoes cascading in the line.”

Meanwhile, the Grammy-winner acknowledged the ongoing engagement rumors in the album’s opening track, “Lavender Haze.” With an impressive co-writing credit from her pal Zoë Kravitz, the song laments on the powers of love and surviving the hardships of a relationship. Yet one stanza in specific acknowledges the unending questions about Swift’s nuptials. “All they keep asking me is if I’m gonna be your bride. The only kind of girl they see is a one night or a wife,” Swift says. The singer appears to be referencing how conventional societal norms judge women, forcing them to either tie the knot or shaming them for their relationship.

Swift and Alwyn have faced engagement rumors several times since they were first publicly linked in 2017. In January, the couple sparked speculation after they reportedly went on a low-key romantic vacation to Cornwall, England. However when Alwyn was asked about the engagement talk two months later, he only confirmed one thing: He won’t give anyone a straight answer.

On the other hand, some Swifties speculate that the two stars have been secretly engaged — or even already married — for longer than people might realise, pointing to lyrics on her 2019 album Lover, on which she writes wedding vows on the title track and sings “I’d marry you with paper rings” on the ’80s wedding-inspired “Paper Rings.”

When Folklore won Album of the Year at the 2021 Grammy Awards, Swift thanked Alwyn in her acceptance speech, saying he was “the first person I play every single song that I write” in a rare shoutout. “I had the best time writing songs with you in quarantine,” she noted. Weeks after the ceremony, Alwyn’s name was added to the credits of more Folklore tracks, earning him a belated Grammy for his contributions. The couple that wins Grammy awards together stays together, we hope.

More like this
The Ticketmaster Senate Hearing & Taylor Swift Tickets Debacle, Explained
By Jake Viswanath
Meghan Trainor & Daryl Sabara Are Expecting Their Second Baby
By Jake Viswanath
Adam Levine & Behati Prinsloo Welcome Their Third Child Together
By Jake Viswanath
Hilary Duff's Husband Matthew Koma Has Her Name Tattooed On His Butt
By Jake Viswanath and Stephanie Downs
Get Even More From Bustle — Sign Up For The Newsletter
From hair trends to relationship advice, our daily newsletter has everything you need to sound like a person who’s on TikTok, even if you aren’t.