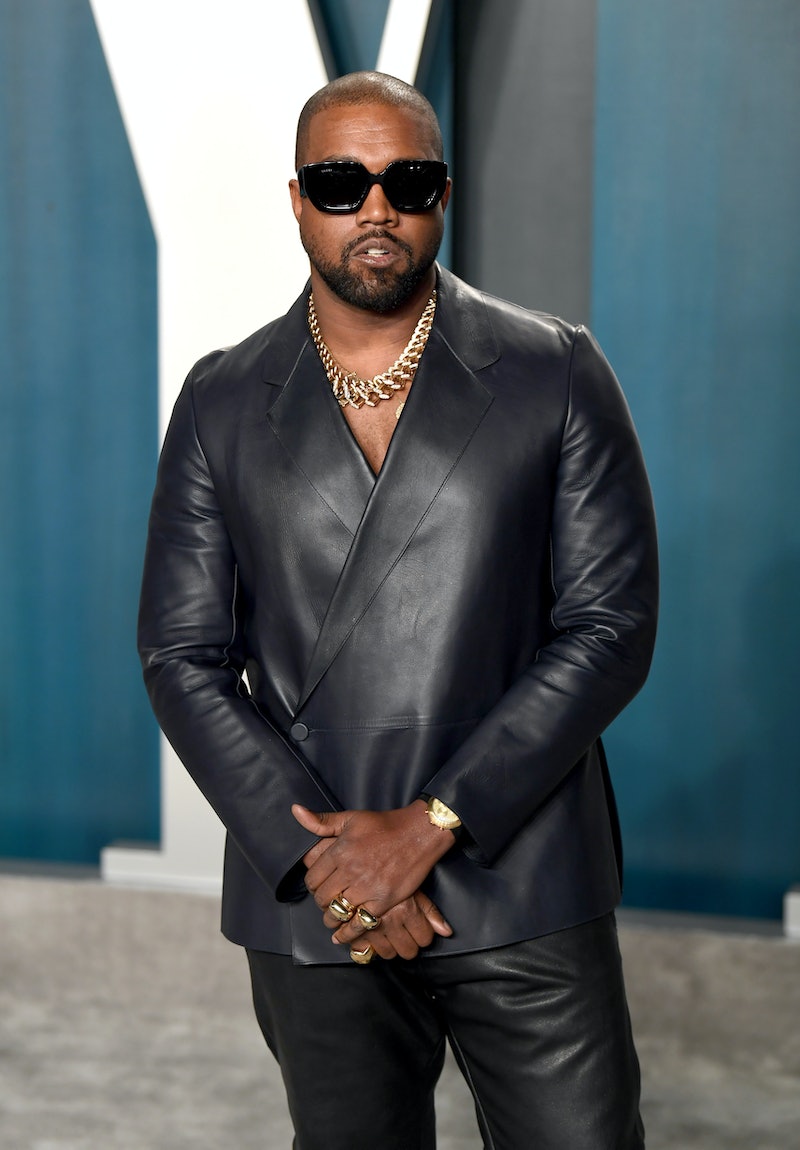 Say what you will about the controversial Kanye West, but the rapper’s illustrious 21-year career spanning music production and fashion design provides more than enough fodder for a documentary — or three. Naturally, Netflix already jumped on the opportunity. The 22-time Grammy winner will have his own three-part documentary series on the streaming platform titled jeen-yuhs: A Kanye Trilogy.

News of the jeen-yuhs: A Kanye Trilogy documentary first broke last April 6, when Billboard reported directors and longtime Ye collaborators Clarence “Coodie” Simmons and Chike Ozah (Coodie and Chike) would helm the project. Coodie, especially, has been filming the 44-year-old Yeezy designer since 1998 at Jermaine Dupri’s party. Next month, the trio’s decades-long collaboration finally comes to streaming fruition. Here’s everything to know about Kanye West’s Netflix documentary series, including its release date and contents.

Per the Billboard report, the series will tackle his music and fashion career, his 2020 presidential bid, and the death of his mother, Donda West. As for the never-before-seen footage, it’s unclear what exactly will be included in the three films but expect a lot of intimate, archival footage from very early on in West’s career. After all, Coodie and Chike, known for chronicling hip-hop culture, have two decades’ worth of footage of the “Heartless” rapper. “The first time Kanye did a song with Jay-Z, we’re documenting that. The first time Kanye let Pharell [Williams] hear ‘Through the Wire’ we documented, we right there,” Coodie said in a Director on Director special discussing the project.

The duo even directed some of his early music videos, including “Jesus Walks” and “Through the Wire,” which Coodie reveals happened spontaneously. “We in the dentist’s office, he’s getting the wires off his mouth, and we like, ‘Man, we should do a video for ‘Through the Wire,’” Coodie said in the interview. So they aren’t just passive witnesses, they’re part of West’s creative process — what fans now know as his “genius.”

It seems each installment will tackle a different point in time. Chike revealed, “Film one is vision,” and added, “We’re crossing generations with three films. In the end of the film, Kanye’s collaborating with artists that were babies, but the crazy part is Kanye’s a throughline. He’s still as relevant at the end as he is in the beginning.” He continued, “What people will take away ... is the work that he put in, the belief.”

It’s unclear how much of West’s personal life will be included in the three-part Netflix event. However, it will feature West’s failed 2020 presidential run, which he first announced on July 4. Though about 60,000 Americans voted for him, he conceded (sort of) on Nov. 4 that same year, with a tweet that read, “Kanye 2024.”

When it comes to his marriage, 2021 was an especially tumultuous year for the rapper. In January 2021, after seven years with Kim Kardashian, Page Six reported the couple privately separated. A month later, the Skims founder filed for divorce.

The KKW Beauty mogul opened up about her decision in an episode of Keeping Up With The Kardashians. During the June 3 episode, Kardashian called West “an amazing dad” but lamented the difficulty of raising their four kids — North, 8, Saint, 6, Chicago, 3, and Psalm, 2 — alone because West moved constantly. “He goes and moves to a different state every year, and I have to be together so I can raise the kids,” she said before adding that her third unsuccessful marriage made her feel like a “f*cking failure.”

Since their split, West reportedly began dating models Yasmine Lopez, Vinetria, and Irina Shayk. However, he’s also expressed his desire to reconcile. In August 2021, Entertainment Tonight reported that West was “trying to win [Kardashian] over again.” A few months later, after legally changing his name to “Ye,” the rapper posted a Thanksgiving prayer on Instagram, saying, “All I think about every day is how to get my family back together and how I heal the pain that I’ve caused.” December 2021 saw West bought a multi-million dollar home across from his ex-wife’s. Barely a week later, the “Famous” rapper made headlines for his very public outings and PDA-laden photo essay with actor Julia Fox for Interview, published on Jan. 6.

While there’s no official trailer yet, Netflix released two clips worth getting excited about. On Sept. 25, 2021, Netflix dropped a first look clip in which a young Yeezy and Mos Def are rapping their would-be 2004 hit, “Two Words,” one of the singles off Ye’s debut album, The College Dropout.

On Monday, Jan. 11, Netflix released an official teaser trailer. “Who are you to call yourself a genius?” Rhymefest asks West. The rest of the one-minute video show clips of West with Jay-Z, Pharell, and Kid Cudi. “Very rarely do you encounter self-contained people. This man can do everything himself,” Pharell declares via voiceover. There’s even a home video of West dancing with his mother in the kitchen.

The trilogy is dropping sooner than you think: at the Sundance Film Festival on Jan. 23, before it’ll be available for streaming on Netflix. According to the platform, the release will be “a once in a lifetime three-week global event” beginning Feb. 16, so viewers can expect weekly drops, something Netflix rarely does.

On Jan. 21, however, the rapper let fans know jeen-yuhs may not be ready for release just yet. “I’m going to say this kindly for the last time. I must get final edit and approval on this doc before it releases on Netflix,” West wrote on Instagram. “Open the edit room immediately so I can be in charge of my own image. Thank you in advance.”

Considering his most recent two albums, 2019’s Jesus Is King and 2021’s Donda, both faced about a year of release delays, it’s possible a new release date could be around the corner for jeen-yuhs. But West is also known to continue editing his projects once they’re out in the world, so perhaps we’ll see the docuseries re-released as jeen-yuhs (Ye’s Version) in the future.

More like this
Brittany Snow Files For Divorce From Tyler Stanaland After 'Selling The OC' Drama
By Grace Wehniainen and Radhika Menon
Here’s Everything Coming To & Leaving Netflix In February
By Jake Viswanath
This New Dating Show Is Netflix's Answer To 'Bachelor In Paradise'
By Grace Wehniainen
Everything To Know About 'The Real Housewives Ultimate Girls Trip' Season 4
By Jake Viswanath
Get Even More From Bustle — Sign Up For The Newsletter
From hair trends to relationship advice, our daily newsletter has everything you need to sound like a person who’s on TikTok, even if you aren’t.