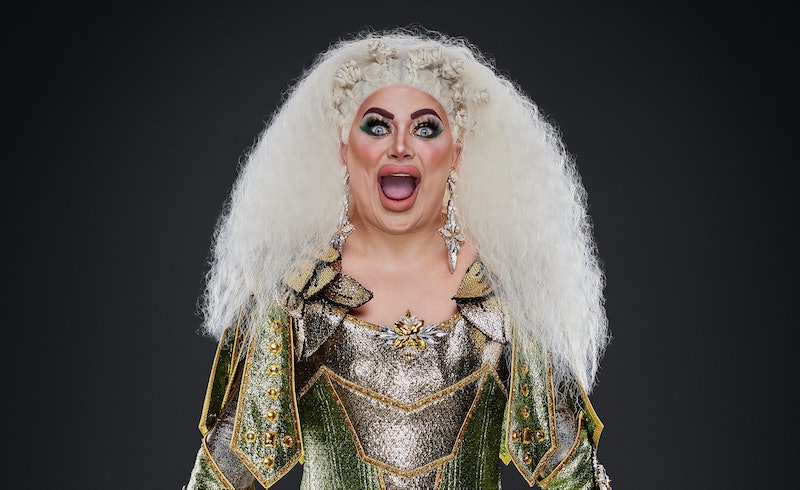 As fans of RuPaul’s Drag Race will recall, the groundbreaking reality series was a bright light for many in the otherwise gloomy lockdowns. Although, production on several iterations of the hit franchise was majorly disrupted due to strict filming precautions, dashing any hopes of the show’s much-anticipated reunion episodes. Now, from the creators of Drag Race, World of Wonder’s Bring Back My Girls will see fan-favourite queens finally reunite to unpack all the juiciest Werk Room drama from their season — and you can get an exclusive first look at the brand new series, below.

The drama-filled series is hosted by the one and only Ts Madison, and will see the likes of Blu Hydrangea, Jaida Essence Hall, Lawrence Chaney, The Vivienne, A’Whora, Baga Chipz, Tayce, Tia Kofi, and more, reunite on stage to share some shocking ru-velations and spill all the tea on everything that went down on their seasons, both on and off the runway.

The cast of Bring Back My Girls will also divulge in all the conflicts that have occurred since leaving the show, giving insight into the dramas even the biggest Drag Race fans don’t know about. “From shady questions to spicy quips and audience participation, expect drama, fights, laughs, tantrums, tears, and more,” the show’s synopsis teases.

The sickening new series drops exclusively on the streamer of all things drag, WOW Presents Plus, on Tuesday, Oct. 18. As mentioned, you can get your first glimpse of Bring Back My Girls in the first official trailer, below.

Bring Back My Girls will premiere weekly from Tuesday, October 18, 2022, at 7 p.m. exclusively on WOW Presents Plus. You can subscribe here and tickets are now on sale for RuPaul’s DragCon UK 2023.