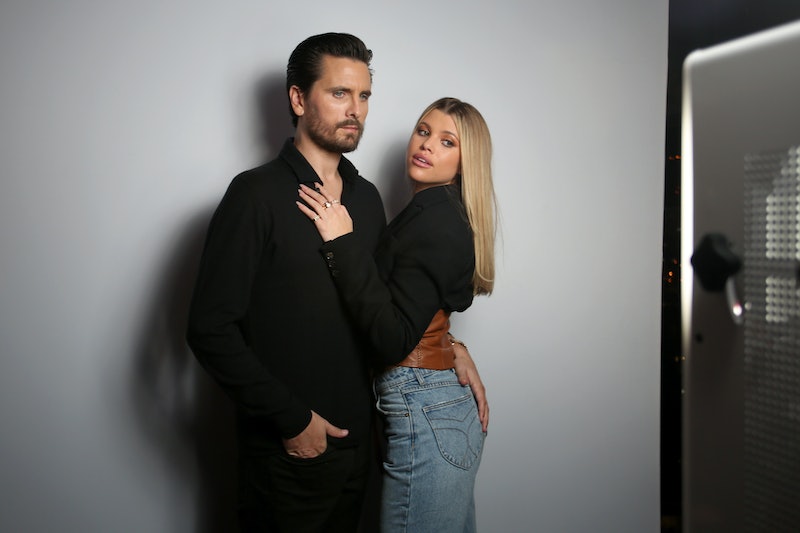 Call him Lord Disick — or Good Luck Chuck. On April 20, Scott Disick responded to his ex-girlfriend Sofia Richie’s engagement by sharing an Instagram photo of him driving a speedboat in Miami and captioning his post, “In the 305 just call me good luck chuck.” Disick was nodding to the 2007 film Good Luck Chuck starring Jessica Alba and Dane Cook, whose character develops a pattern of sleeping with women before they meet their eventual fiancé. While that’s not exactly how Disick’s love life has gone down, a similar situation has recently happened to him — twice.

Hours before the 38-year-old reality star made the joke, 23-year-old Richie announced her engagement to music executive Elliot Grainge after more than a year of dating. “Forever isn’t long enough @elliot,” she captioned her Instagram photos of his proposal, complete with a closeup photo of the couple kissing and showing off her new engagement ring. Disick dated the model on-and-off for more than three years, before they eventually called it quits in August 2020.

Before that, in October 2021, Disick’s famous ex Kourtney Kardashian got engaged to (her now-almost husband) Travis Barker after nearly a year of dating. Kardashian and Disick were in a nearly decade-long relationship before splitting in 2015, and even almost got married in Las Vegas on the first season of Keeping Up with the Kardashians. The former couple share three kids together — 12-year-old son Mason, 9-year-old daughter Penelope, and 7-year-old son Reign — and Disick remains close with her entire family.

Even while dating other people, Disick made it no secret that he was still in love with Kardashian, causing Twitter to create memes about his welfare after she got engaged to Barker. On the premiere episode of The Kardashians, Disick admitted that while he was supportive of his ex’s relationship with Barker, he was having trouble coming to terms with their own new relationship as co-parents. “It was a huge adjustment losing Kourtney romantically, but now it’s becoming a huge adjustment losing her as a best friend,” he said. “I’d say it’s probably one of the more difficult things in my life.”

Now, Disick has been linked to 27-year-old model Rebecca Donaldson, who he brought to the red carpet premiere of The Kardashians. Here’s hoping she also doesn’t go from Disick to the altar.