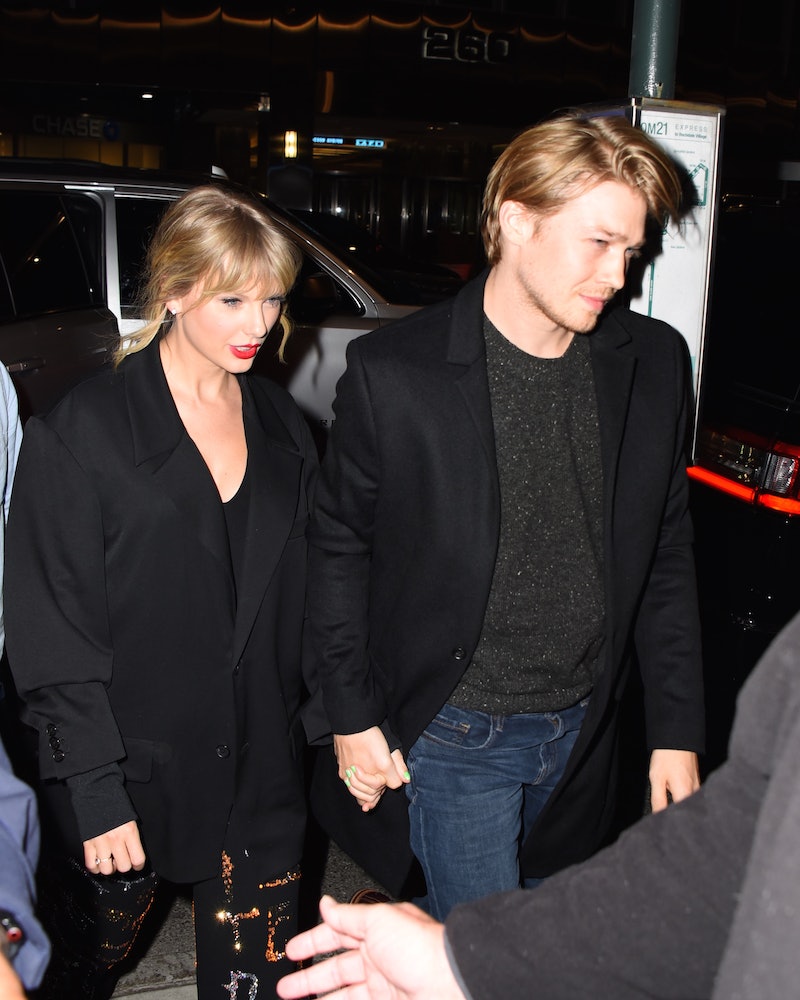 A version of this content appeared in Bustle’s daily newsletter on February 17, 2022. If you like what you see, sign up to receive it in your inbox right here.

Just How Much Does A Kardashian-Jenner Valentine’s Day Cost?

We all know the saying “the devil works hard, but Kris Jenner works harder.” When it comes to the holidays, though, there’s someone who’s got both KJ and Lucifer beat: the Kardashians’ florist. Come Valentine’s Day, each sister’s home transforms into its very own botanical gardens — be it through flower walls, hanging roses from the ceiling, or hedge-size sculptures made of peonies. But as we scrolled through the feed this year, we couldn’t help but wonder: How much are these floral spectacles costing Travis and co.? Not that it really matters for this family who has more money than god herself, but to soothe our own (broken) curious minds, we attempted to figure it out. Read More

Fans have been speculating for a while now that the singer might be engaged to her boyfriend of more than five years, Joe Alwyn. Today, sources confirmed as much to Life & Style, although Swift and Alwyn have yet to confirm the rumor. In other Taylor-related news, Jake Gyllenhaal finally broke his silence on the 10-minute version of “All Too Well.” Still no word on the scarf’s whereabouts, though. Read More

Tendrils, known affectionately as “slut strands,” were the official hairdo of the Olympics and NYFW alike — several designers outfitted their models with a take on the Y2K-inspired look. The Bustle editors also saw lots of Ariana Grande-level ponies, a resurgence of the “hair flick,” and accessories galore — from gems to clips to big bows. Read More

How A Viral Mystery Took Over BookTok

If there’s one thing the internet loves, it’s sleuthing (for better or worse). Back in December, 25 prominent BookTokers received curious packages in the mail, each containing a self-published fantasy novel called A Broken Blade, written by an anonymous author, along with a wax-sealed, personalized letter, and a cipher — one of five total “hints.” In the weeks that followed, unmasking the author was all book lovers on TikTok could talk about. Read More

In light of the show’s recent remake, we’re looking back at one of our favorites from the original. And from the iconic outfits, to the hair, to the zippy one-liners, there’s simply no mistaking what Ms. Banks’ sign is. Read More

As her Dollface character hits her 30th birthday, Dennings recalls her own: “I felt that pressure to have it ‘together,’” the actor says. “What does that even mean anymore? Nothing. It's like we all have this pressure put on us by some ethereal force about things you have to do or have done by a certain age, and it's just made up.” Here, the actor talks about balancing friendships, writing, and “manifesting” her relationship with fiancé Andrew W.K. Read More

Change is in the air. Read More